Security software maker Symantec Corp. (SYMC) swung to a profit in the fourth quarter of 2019 from a loss last year, helped by lower costs and expenses. The bottom line came in line with the analysts’ expectations while the top line missed consensus estimates. However, the company guided earnings and revenue for the first quarter and fiscal 2019 below the Street’s view.

Vincent Pilette, CFO of Logitech and former VP of Finance for Hewlett Packard Enterprise’s server, storage and networking business, has been appointed Executive Vice President and Chief Financial Officer of Symantec, effective May 21, 2019. Pilette’s appointment follows a comprehensive search process initiated in connection with Nicholas Noviello’s departure as EVP and CFO to pursue other opportunities. 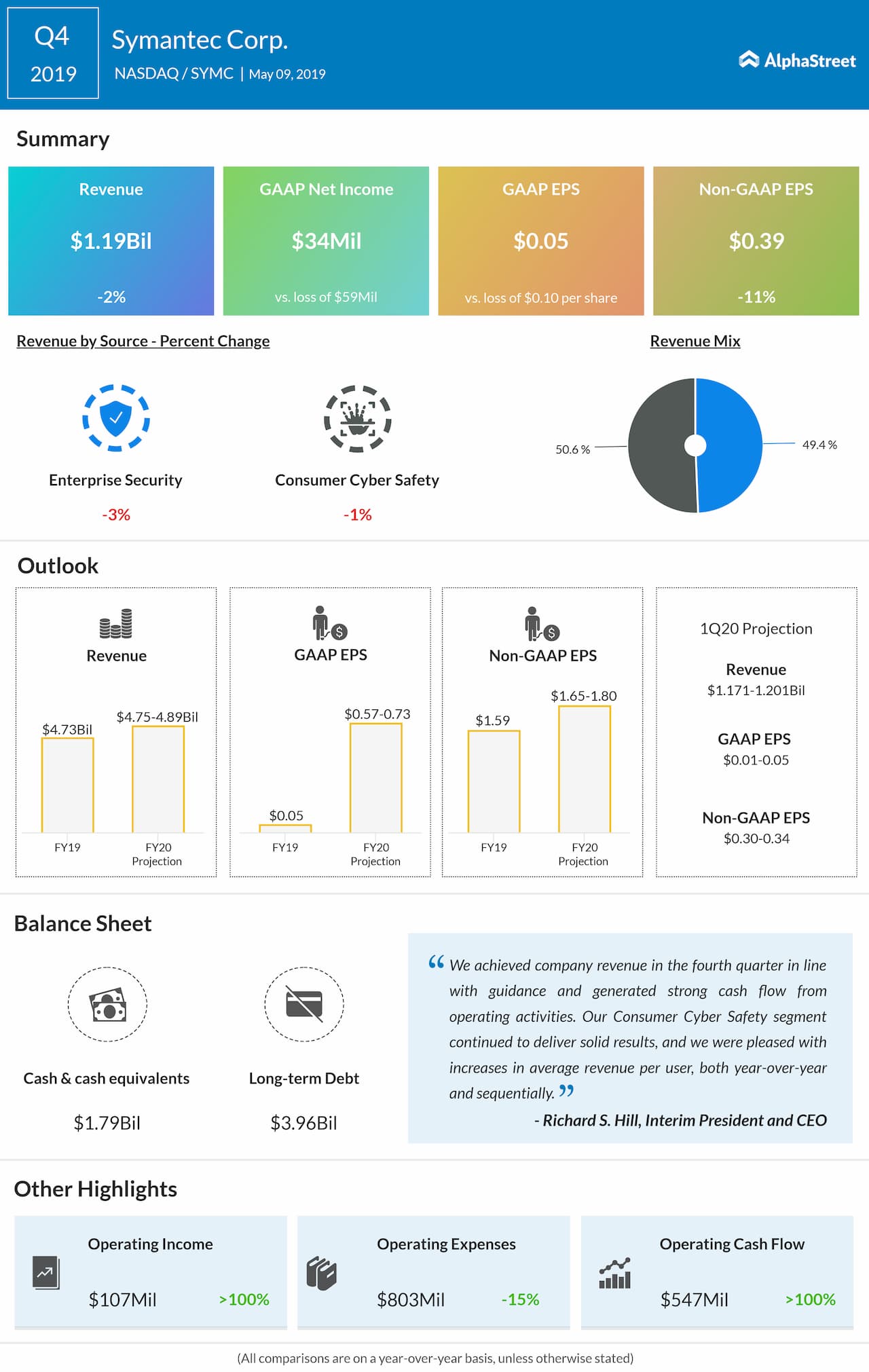 Net revenues declined by 1.7% to $1.19 billion. The Consumer Cyber Safety segment continued to deliver solid results, while Enterprise Security revenue was below its guidance range due to lower than expected bookings, which led to year-over-year reported billings declining greater than anticipated.

Symantec’s board of directors has declared a quarterly cash dividend of $0.075 per common share. The dividend will be payable on June 26, 2019, to all shareholders of record as of the close of business on June 10, 2019.

The company repurchased 11 million shares and retired $600 million in debt during the fourth quarter of 2019. Cash flow from operating activities for fiscal 2019 was $1.495 billion, up 57% year-over-year.

Shares of Symantec ended Thursday’s regular session down 0.40% at $22.17 on the Nasdaq. Following the earnings release, the stock inched down over 10% in the after-market session.