Sysco Corporation (NYSE: SYY) reported a 33% jump in earnings for the third quarter helped by a benefit from income taxes as well as lower interest expense. The bottom line exceeded analysts’ expectations while the top line missed consensus estimates due to a drop in sales from International Foodservice operations.

Net income climbed by 33.3% to $440.1 million and earnings soared by 35% to $0.85 per share. During the quarter, the company managed expenses well and delivered solid operating income growth. Adjusted earnings increased by 17.4% to $0.79 per share.

Net sales grew by 2.2% to $14.66 billion. The top line growth was benefited from higher total case volume within US Broadline operations despite a decrease in sales from International Foodservice Operations. 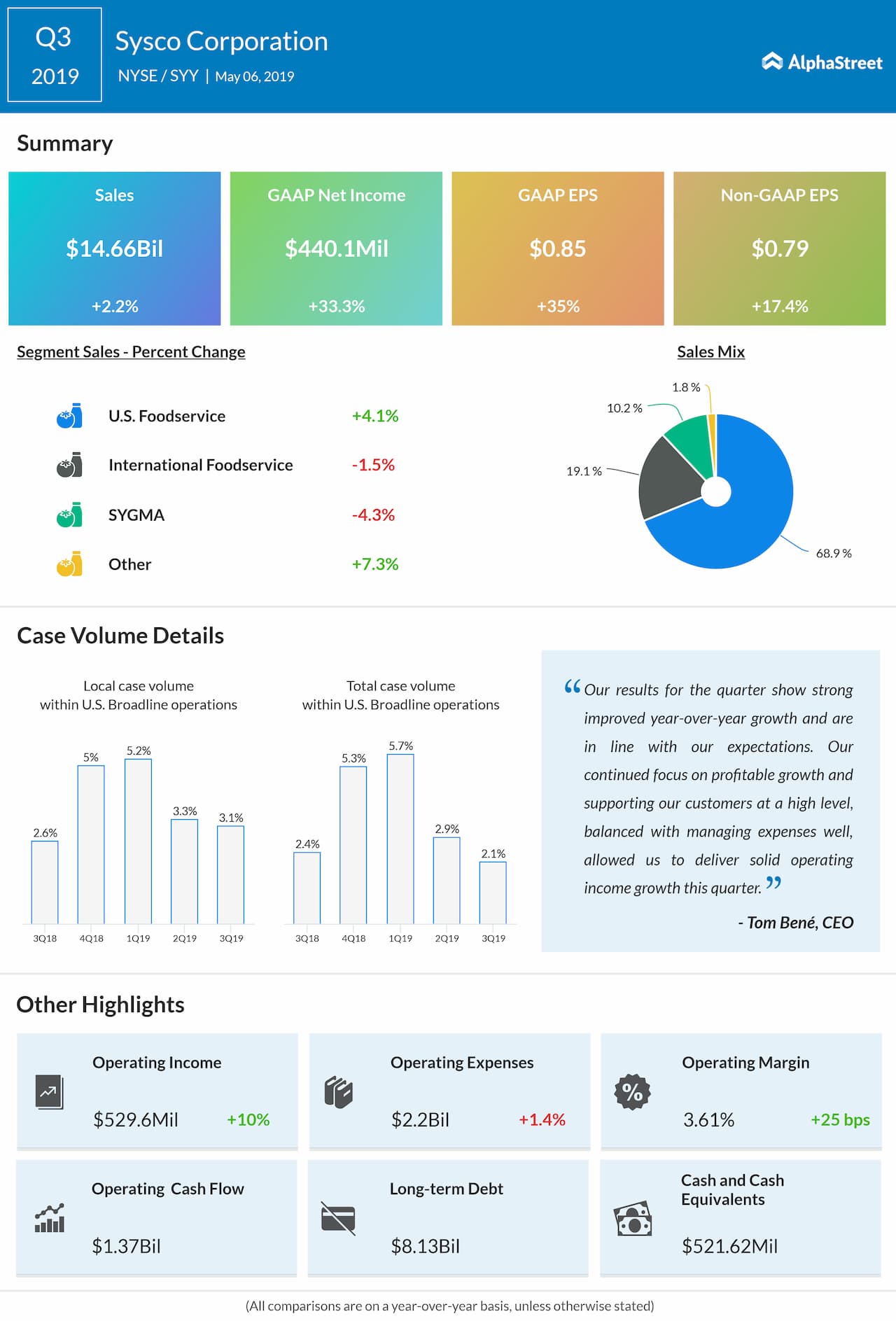 As expected, the company’s cost improvement initiatives, which started in the second quarter, remained beneficial in the third quarter and additional actions implemented for driving adjusted operating income growth yield positively. As expected earlier, the company has seen increased benefits from initiatives in the second half of fiscal 2019.

Capital expenditures, net of proceeds from sales of plant and equipment, totaled $366.5 million, which was $10.8 million higher compared to the prior year period.