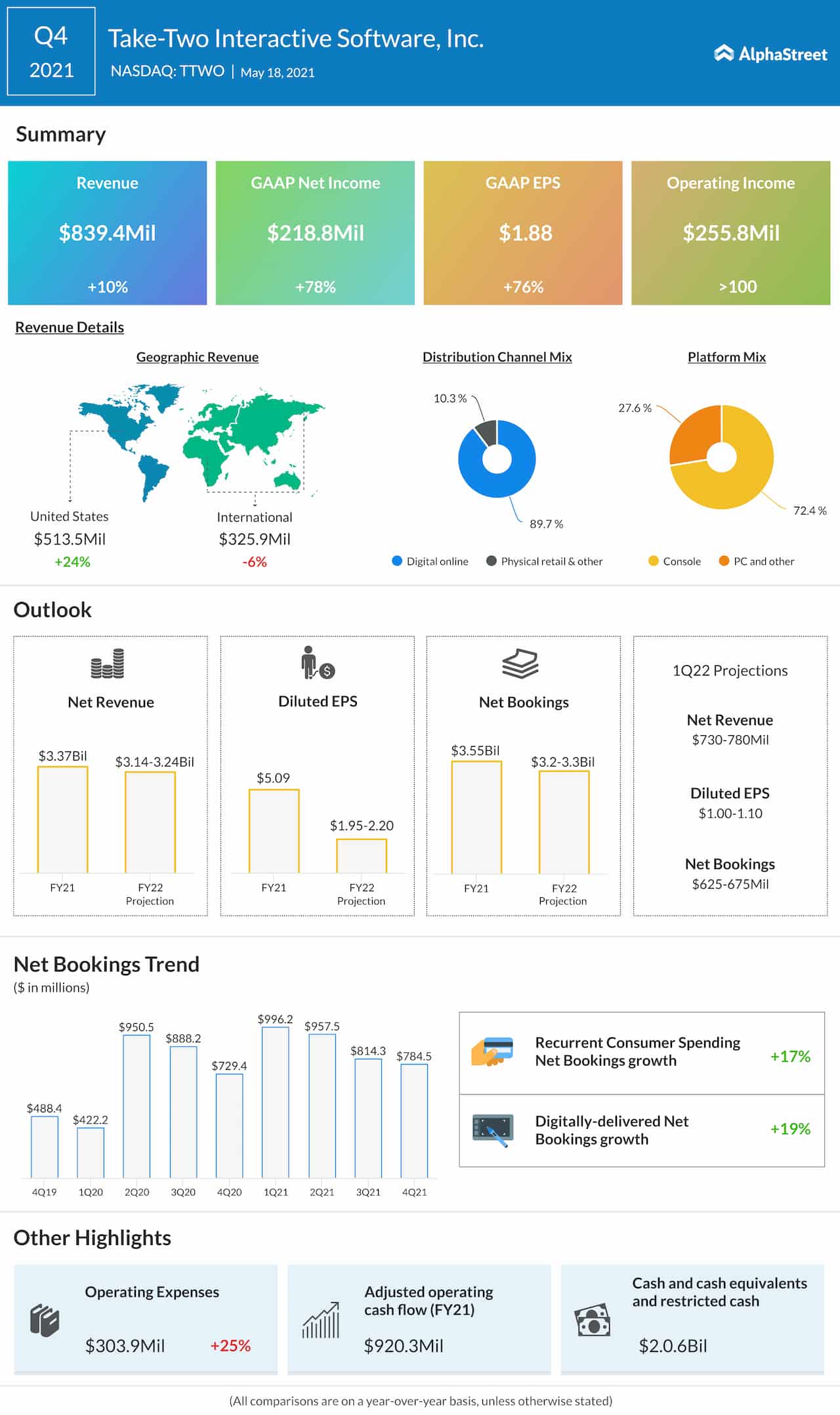 Fourth-quarter revenues rose to $839.4 million from $760.5 million in the corresponding period of 2020. Net booking moved up 8% annually to $784.53 million, defying Wall Street’s expectations for a decline.

Consequently, net income increased to $218.8 million or $1.88 per share in the March quarter from $122.2 million or $1.07per share a year earlier. Analysts had predicted a weaker bottom-line performance.

The company’s stock closed Tuesday’s regular trading lower but gained during the extended session after the earnings announcement. It has gained 21% so far this year.