Tesla Q1 earnings preview: A few points to keep an eye on

Tesla Inc. (NASDAQ: TSLA) is scheduled to report first quarter 2019 earnings results on Wednesday, April 24, after the closing bell. Analysts expect the company to report a loss of $0.69 per share on revenue of $5.33 billion.

Earlier this month, Tesla provided a disappointing vehicle deliveries report which stated that its first quarter deliveries had significantly declined on a sequential basis. Although deliveries were up 110% year-over-year, the sequential drop has raised concerns. 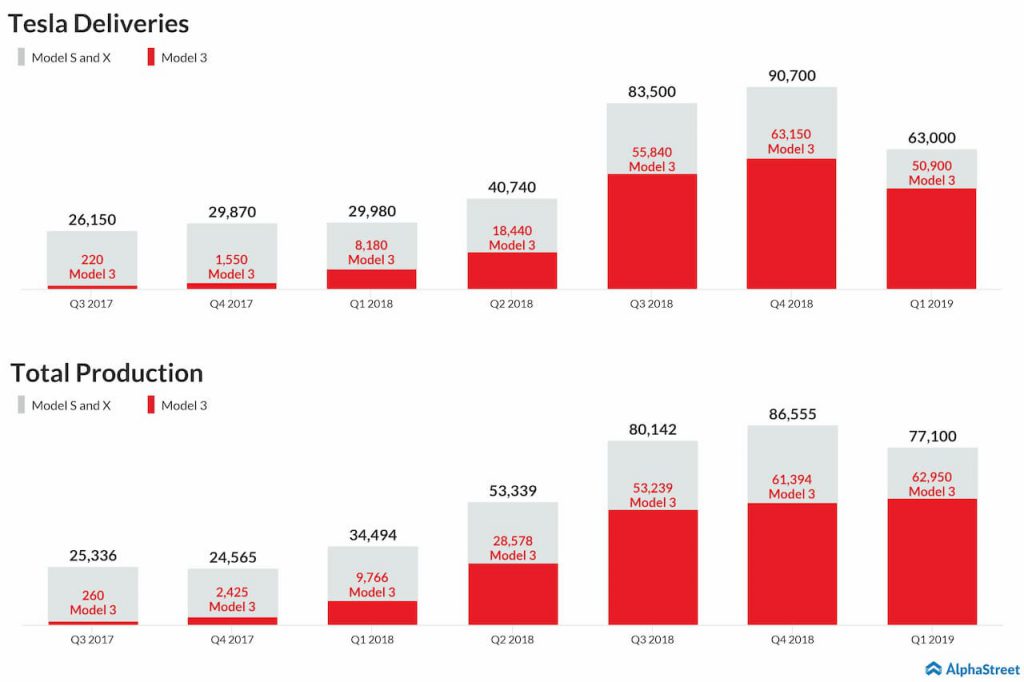 Tesla faces tough competition in the electric car sector and the company is adding new features to its vehicles to drive sales. Amid lower deliveries and price cuts, updates on the production and deliveries targets for the Model X, Model S and Model 3 vehicles is an area to keep an eye on. Aside from these models, updates on the new Model Y is also something to look for.

It is also important to watch out for the company’s statements on its cash position, profitability guidance and automotive gross margins. The drop in deliveries and price cuts might have weighed on the margins while the bottom line could see a negative impact from charges, unfavorable pricing and higher duties on imports from China.

Tesla’s cash position is an area to watch. During the first quarter, the company paid off a $920 million bond and updates on the cash position will provide an indication of the need to raise capital going forward.

Tesla’s sales are likely to benefit from higher energy generation and storage revenue in the first quarter. Investors should also look for updates on the company’s store closures and changes in sales strategy.

During the fourth quarter, Tesla beat revenue expectations but missed on earnings. The company reported adjusted earnings of $1.93 on revenue of $7.2 billion. 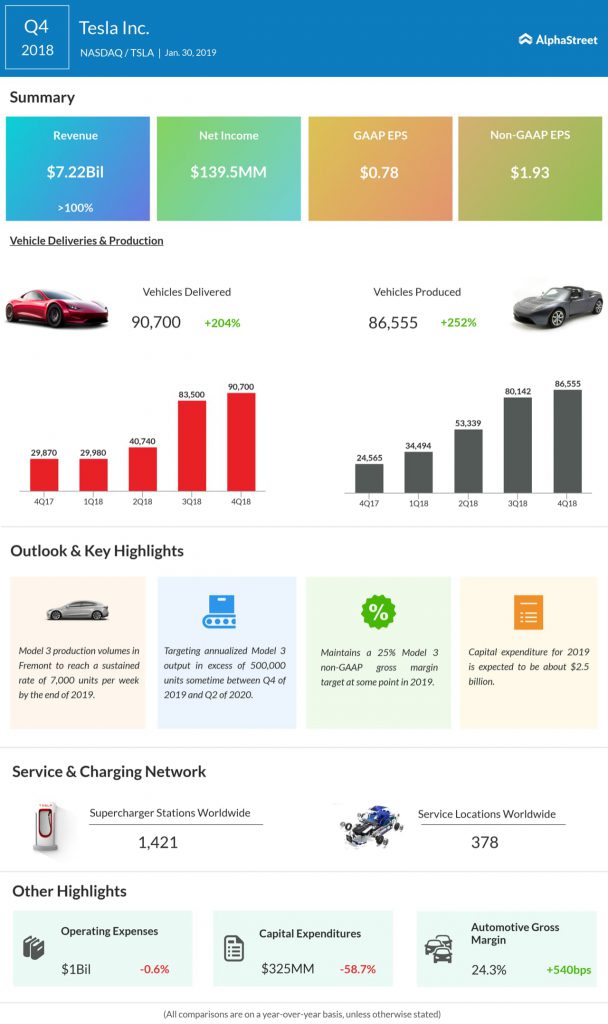 Tesla’s shares have dropped 21% thus far this year and 7% over the past 12 months.