OPINION: Three hot stocks for the expert investor in you

02:30 AM ET, New York: In these turbulent times – with the threat of trade-tariff wars and the oil price fluctuations – it usually makes sense to ape successful traders who have proven themselves again and again with their analytical Oracle-level skills. We’ll list a few stocks below today that many top investors have their eye on so that you can take an easier call to boost your returns.

So here are three of the top stocks you can follow:

Every now and then comes along a tech superstar, and this time, it’s chipmaker stock Micron. Not only did Micron beat Street estimates in its June 20-released quarterly earnings report, it also saw EPS and revenue build up in an impressive way.

Last year same quarter, Micron posted earnings of $1.52 a share on revenue of $5.57 billion. And this time, third-quarter sales jumped to $7.8 billion generating a whopping $3.15 per share profit. 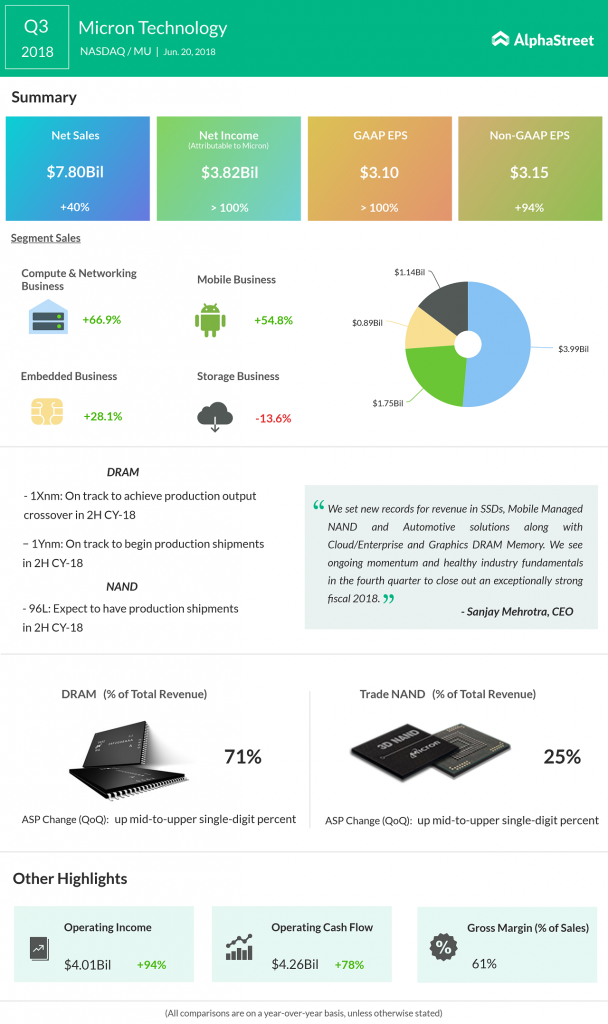 With more investors ramping up Micron’s share in their portfolios (almost 12%) and the number of top investors picking it rising by 3.2%, the chipmaker is raking in nothing but positive sentiment.

With mobile technology parts seeing a 12% jump in sales, top analysts also back the stock. MU is now a ‘Strong Buy’ with 17 BUY, 3 HOLD, and 1 SELL ratings recently. The average price target is now at $78.85, hinting at a 34% potential for growth.

This is really a no-brainer.

Netflix launched its streaming services in the US in 2007. This industry pioneer has since evolved to become one of the largest online video service providers. Netflix made its initial public offering in 2002 at $15 per share. On 19 June 2018, shares jumped to an all-time high of over $404.

In the past five business days, Netflix has soared 10% – that too, when the market was going through a volatile period. While this has cast doubts on many an analyst that the company’s valuation might be a bit stretched, it’s still robust stock that soared 117% in the long-term.

With Heath Terry (5-star analyst at Goldman Sachs) predicting Netflix to jump another 18% to $490, all the streaming giant is seeing is green. 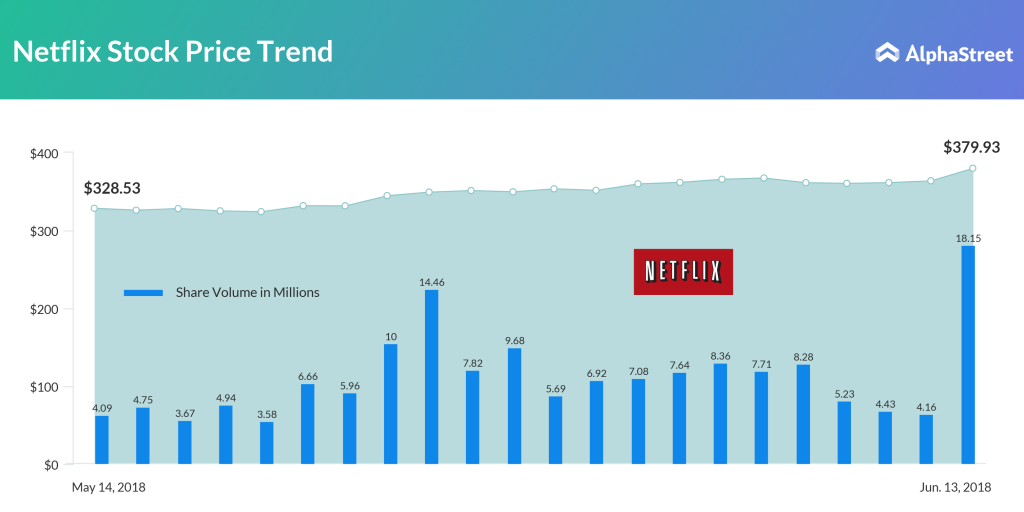 It’s no surprise that Netflix is a key top-investor holding. Even in the last five days the stock has soared another 10%. This is in the midst of a volatile and hesitant market. And if we look on a longer-term basis, NFLX is up over 117%. So no wonder some analysts are concerned that the current valuation looks stretched. However, other top analysts are still confident that a long growth runway lies ahead.

“While our target multiple represents a clear premium relative to the sector, we believe it largely reflects Netflix’s long-term subscriber and margin potential,” Terry said in the note.

While the cash burn might alert many investors, according to Goldman Sachs, the $3-4 billion investment in content is imperative for the service to bring in better content, which will cement Netflix’s position in both the market and in attracting more customers.

In the last three months, the stock has accrued 18 BUY, 12 HOLD, and 1 SELL ratings. But it should be noted that three of them have put the price target at $350, hinting a downward trend of about 16%.

However, Netflix also drives positive sentiment whenever they have a blockbuster in their hand. That, along with more portfolios addling NFLX to themselves, it is undoubtedly among the top hot stocks.

With it being one more stock, raking in customer base from the lower age demographic, gaming giant Electronic Arts now holds a very positive market sentiment.

Highly rated KeyBanc analyst Evan Wingren gave this stock a lift recently by upgrading its price target to $168 from $152 – hinting at a 17% growth potential on a stock that is already up by about 36% year-to-date. 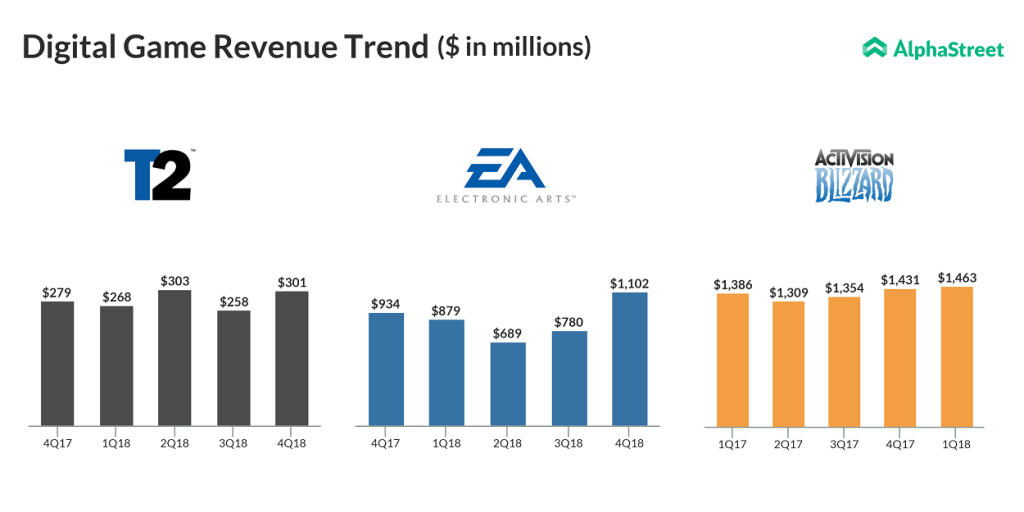 The analyst cited his experience at the EA Play conference for this recommendation. Given the fact that it has come shortly after Sony’s (SNE) brilliant display at the E3 gaming convention, puts more weight on the game developer’s current market stance.

Among the rest of the analysts, EA also boasts a ‘Strong Buy’ rating – with 11 analysts giving it a BUY compared to just 2 HOLD ratings in the last three months.

AlphaStreet covers major US stocks in simple terms so that you focus on what’s important. Find jargon-free reports here and try out our portfolio maker. Views and opinions expressed in this article are those of the author and do not necessarily reflect those of AlphaStreet, Inc.