However, helped by lower tax rate, net earnings in the quarter jumped to $205 million or $1.67 compared per diluted share, from the year-ago profit of $62 million or $0.50 a share. 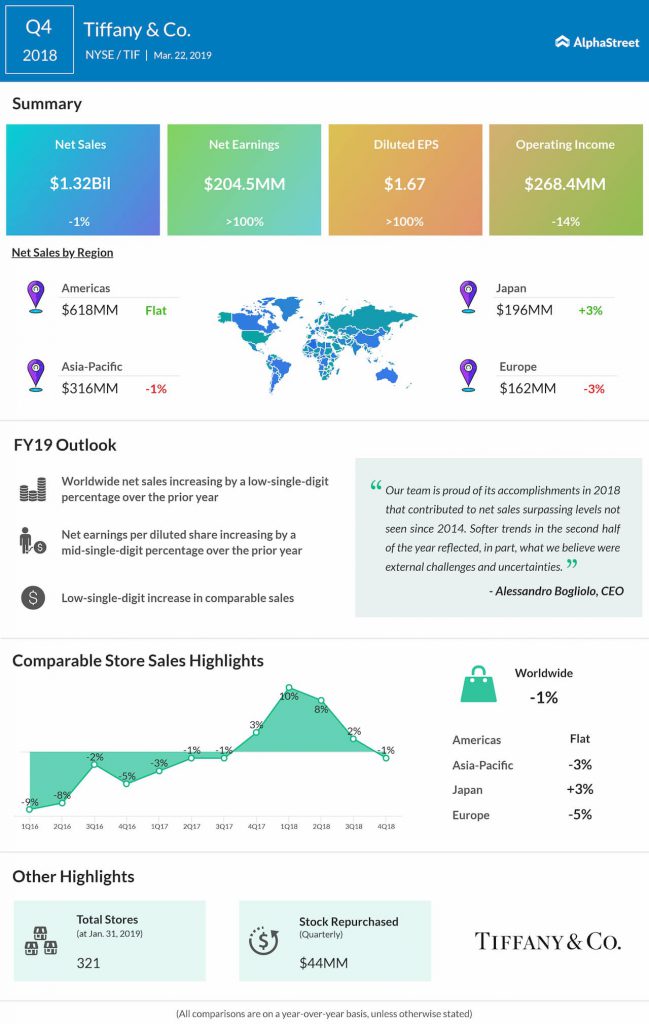 In the first half of the year, net earnings is expected to slip on lower foreign tourist spending due to the strengthening US dollar, along with expenses related to higher strategic investment spending that began in 2018 second quarter.

NOT SO JOLLY HOLIDAY

Back in January, the luxury giant was forced to cut its yearly profit forecast on weaker holiday sales, which the company attributed to lower spending by Chinese tourists on a global level. Tiffany also saw declining Europe demand.

During the last two months of 2018, worldwide same-store sales dipped 2% while net sales fell 1% — in contrast with the estimation was that they would increase modestly.