Tilray (TLRY) Q4 earnings preview: All you need to know

Tilray (TLRY), which has been trailing other cannabis stocks since the start of this year, will be put under the scanner as it reports its fourth-quarter results on Monday, March 18, after the regular trading hours. The company has a lot to prove to investors, in light of the recent bearish comments that came from Jefferies analyst.

Wall Street expects the Canadian marijuana firm to report a loss of 15 cents per share during the quarter, on revenues of $17.69 million. Tilray has recently been facing the flak of investors for its inability to turn profitable, despite some of its peers starting to make money. 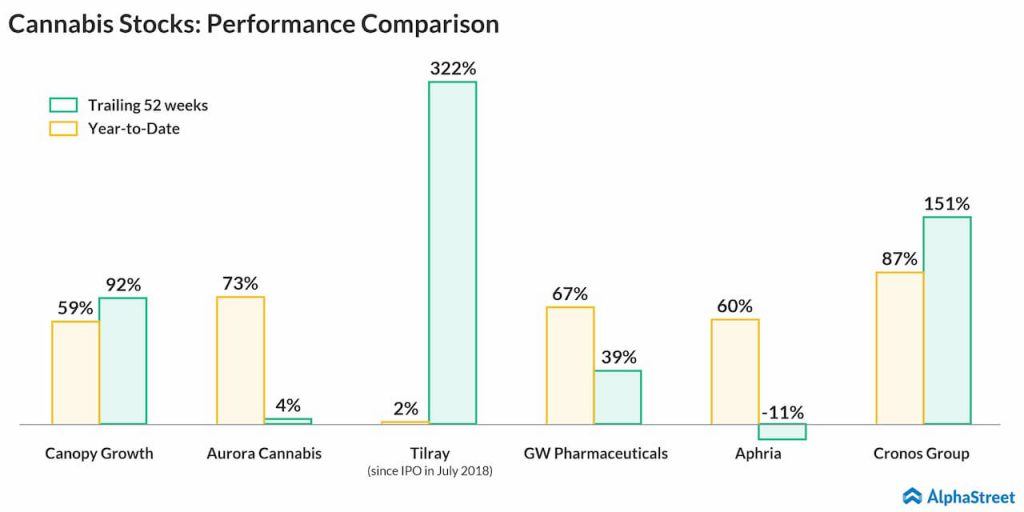 The investor concerns are visible from Tilray’s stock performance this year. TLRY has made a modest gain of about 2% so far this year, trailing all its peers by a wide margin. The stock sentiment turned worse last week when Jefferies analyst Owen Bennett said Tilray is inferior to its rivals.

He said Tilray’s recent consolidation efforts in the retail and beverage realms may not be of as great value as some people expect, stressing that the company is not among the top four Canadian medical marijuana firms in terms of market share.

The Nanaimo, Canada-based company has been making numerous deals over the past three months to stay afloat in a market of increasing competition, including agreements with beer giant Anheuser-Busch InBev (BUD), to research on a marijuana-based beverage.

It may be said that competition has also been a contributing factor to Tilray’s disappointing stock performance this year. To fend off competition, Tilray is forced to put more capital investments into production capacity expansion. But this is denting its bottom-line, creating a catch 22 situation in the short term.

Looking at the long term, Tilray has a huge untapped market outside its core geographic regions of operations. However, a lot would depend on government regulations, besides beating its rivals to claw more share of the market. There are just too many variables.

Add that to the fact that Tilray is a low float stock, which makes it susceptible to high volatility in an already high-volatile industry.

Only a strong Q4 will be able to dispel all these concerns. Most importantly, Tilray will need to give its investors a clear plan to achieving profitability, along with a proper timeline. Tilray will also need to keep the good new coming from its international markets. Last week, the Canadian marijuana giant made some strong gains after it said its European arm had a successful cannabis harvest.