21st Century Fox (FOXA) saw total revenue inch 2% up to $7.18 billion as it posted its Q1 2019 results on Wednesday, Nov 7, before the opening bell. The media giant, soon to be merged with Disney, posted a 54% jump in attributable net income from continuing operations to $1.29 billion or $0.45 per share. Fox stock inched up on the news in pre-market trade.

The Street had expected Fox to post earnings of $0.54 a share on an estimated revenue of $7.31 billion. Both metrics missed estimates.

However, the company announced that it would not hold a conference call for investors due to the pending merger with Disney and distribution of FOX, which is expected to close in the first half of calendar 2019. 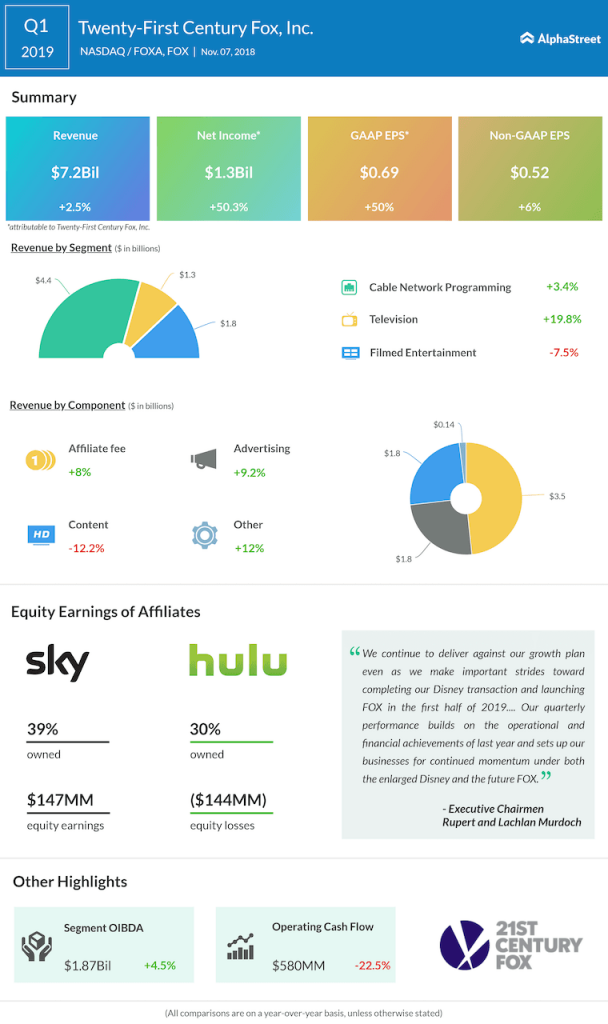 The deal to unite them all

According to the regulator, Disney said it would divest its interests in channels such as History and Lifetime in the European Economic Area (EEA).

The US Justice Department approved the deal earlier in June, after agreeing to divest Fox’s 22 regional sports networks.

This deal would unite Mickey Mouse, Luke Skywalker and Marvel superheroes with Fox’s X-Men, Avatar and The Simpsons franchises.