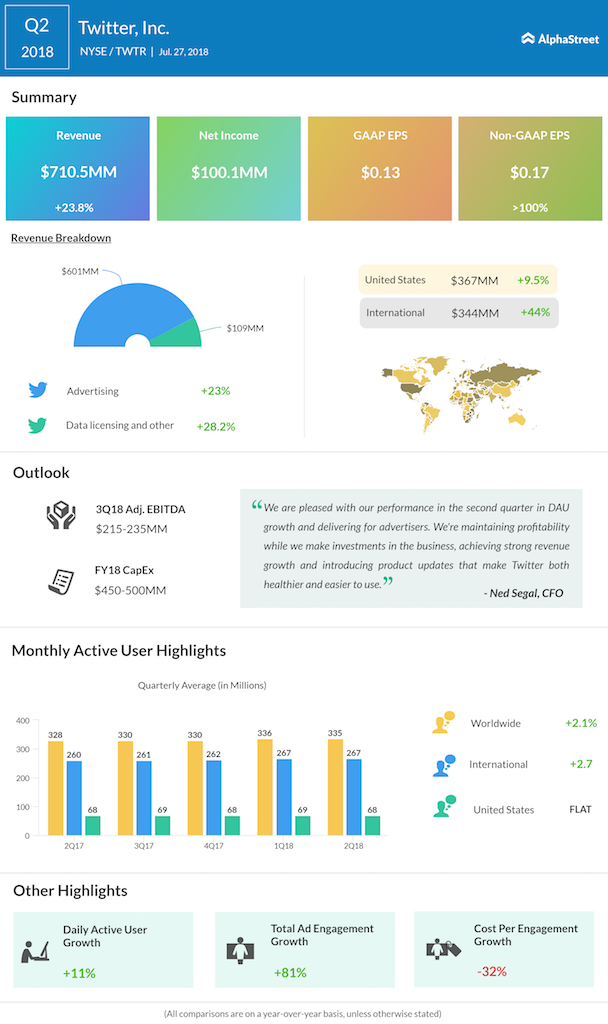 Average monthly active users (MAUs) came in at 335 million for Q2 2018, up from 326 million in Q2 2017, but down slightly from 336 million in Q1 2018.  Average daily active users (DAU) rose 11% year-over-year. The decline in monthly users is partly attributable to the removal of suspicious accounts on the platform, with the majority of the drop seen in the US.

Despite the negativity surrounding fake accounts and hate speech on its platform, analysts and investors were optimistic on Twitter thanks to its product improvements and advertising revenue growth. Twitter said it was taking actions to improve the health of its platform, and the company is said to have removed several fake profiles in recent months.

However, the decrease in monthly users was not handled well by the market and Twitter’s stock plummeted more than 15% during premarket hours following the results release. The stock tumbled nearly 20% during the day.

Twitter’s rival Facebook reported earnings results on Wednesday, with revenues missing expectations and sending the stock on a downward tumble that has still not ended. Facebook, which is embroiled in a mess of its own with data leaks and scandals, managed to grow users during its second quarter.