The biggest equipment rental company, United Rentals (URI), on Wednesday beat estimates for earnings and revenue estimates for the third quarter, but after-hours trading saw the stock get battered. 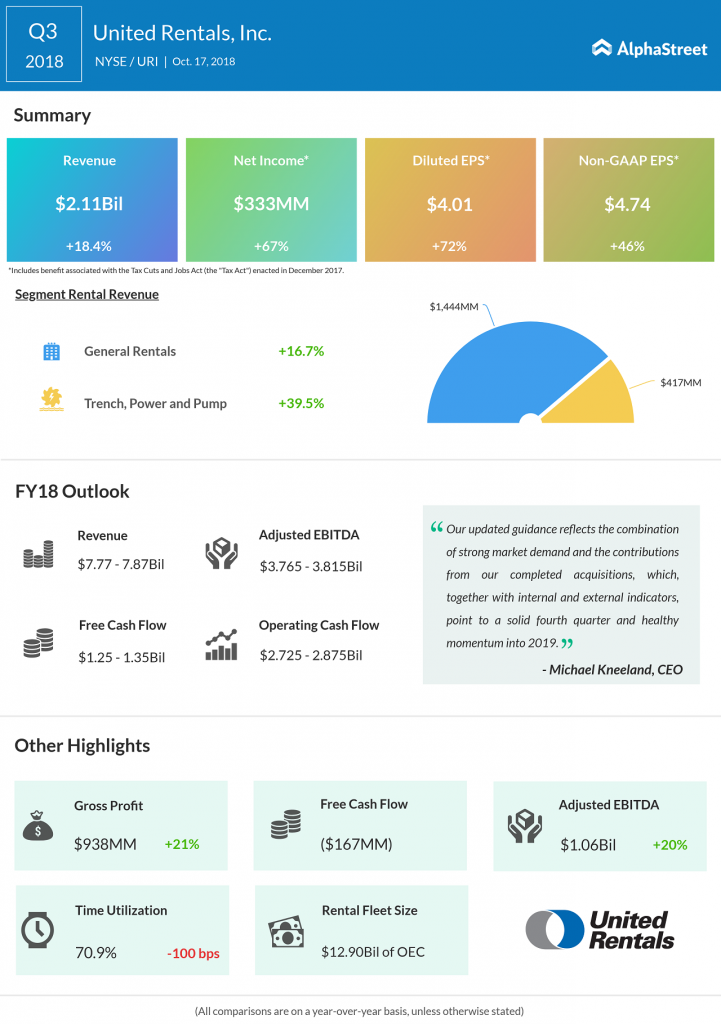 OUTLOOK: Setting aside the impact of the BlueLine takeover, United Rentals lifted its FY 2018 target midpoint to $7.6 billion from $7.45 billion.

Over the past five quarters – including this third quarter, United has missed estimates only once.

In early September, United Rentals had announced that it would buy BlueLine from Platinum Equity for about $2.1 billion in cash., with the transaction expected to close by the fourth quarter.

BlueLine is one of the ten largest equipment rental companies in North America, which generated an estimated $313 million of adjusted EBITDA at a 39.8% margin on $786 million of total revenue for the trailing 12 months ended August 31, 2018.