Telecom giant Verizon Communications (NYSE: VZ) will be reporting its first-quarter results Tuesday before the market opens. Wall Street’s consensus earnings forecast is $1.17 per share, which is in line with the first quarter of 2018. Revenues are expected to edge up 1.2% year-over-year to $32.15 billion.

The top-line will benefit from higher post-paid wireless revenues, though it will be partially offset by the faltering demand for the company’s wireline services. The estimated flat earnings in the to-be-reported quarter reflect the absence of the tax benefit gained in the year-ago quarter.

Though it is desirable for the company to reduce the churn rate, it is unlikely to happen due to the growing competition. However, the management’s attempts to bring innovation in product offerings and services will help it tide over the challenges.

The upcoming event might not drop any surprises, but the market will be closely watching the announcement and the post-earnings conference call for updates on the 5G service launched last year. It needs to be noted that there has been skepticism over the efficiency and the high costs involved in setting up the infrastructure required for the high-speed wireless network. 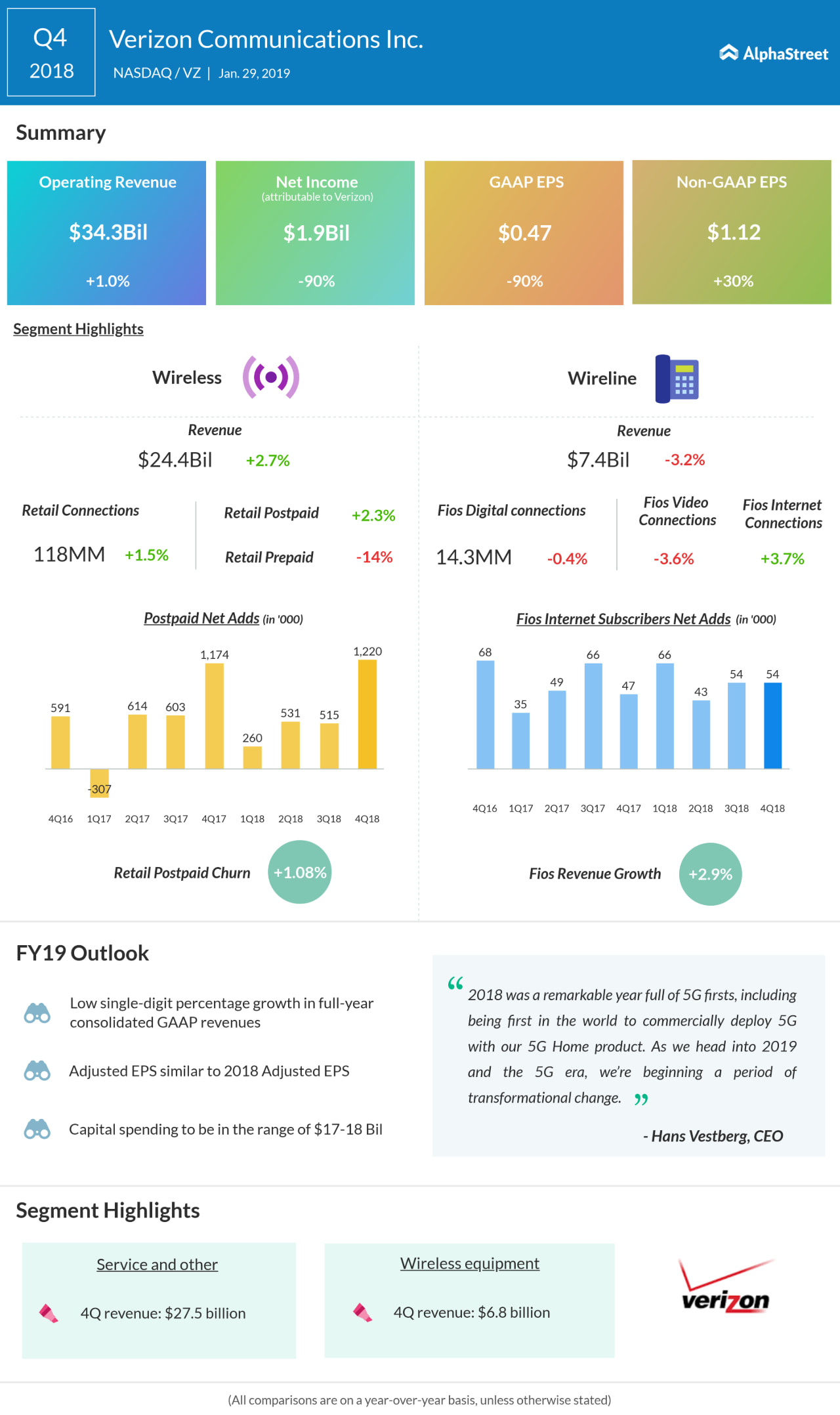 Nevertheless, the long-term benefits of 5G will reinforce Verizon’s leadership position in the telecom market. By taking the lead in rolling out 5G service, the company has gained an advantage over the rivals. Once expanded across the country, the service will help it broaden the subscriber-base.

In the fourth quarter, Verizon’s top-line performance fell short of expectations. A marked increase in wireless revenue was not enough to counter the decline in wireline revenues. Meanwhile, earnings, adjusted for a one-time charge related to goodwill impairment, surged 30% to $1.12 per share.

Verizon shares are currently trading close to the record highs seen more than two decades ago. They gained about 4% so far this year and crossed the $60-mark after a long gap. In the past twelve months, the stock advanced 21%.