Net income fell a whopping 89% to $2.1 billion. Net attributable income sunk 90% to $1.9 billion or $0.47 per diluted share. A goodwill impairment impact of $4.59 billion regarding Oath affected the bottom line in the quarter. 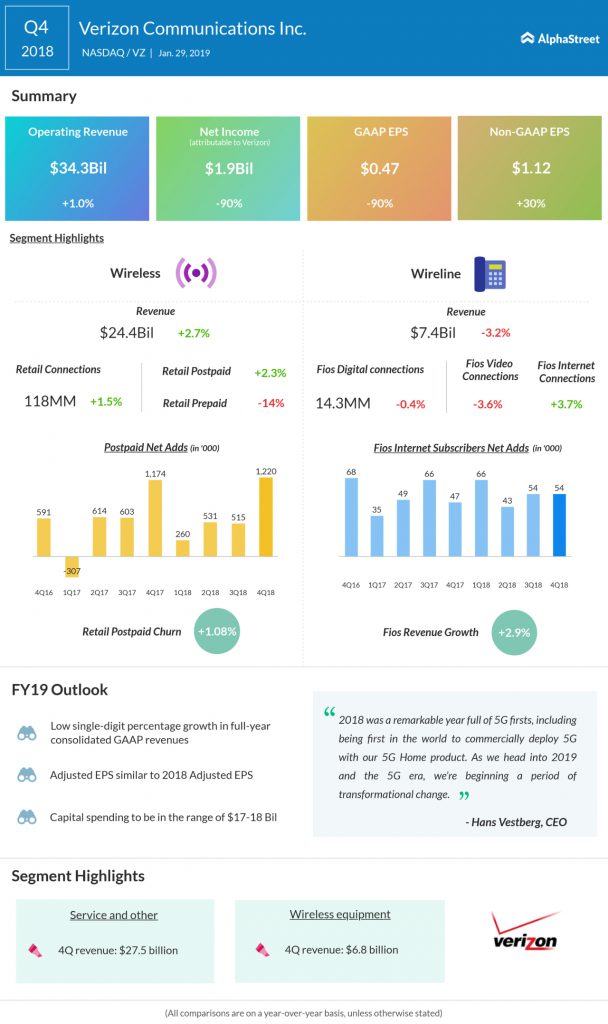