T-Mobile US (TMUS) on Thursday reported stronger than expected revenues and earnings for the fourth quarter as the company continued to strengthen its customer base, often outperforming the industry. The positive results and guidance sent the telecom giant’s stock higher in the pre-market trading session. 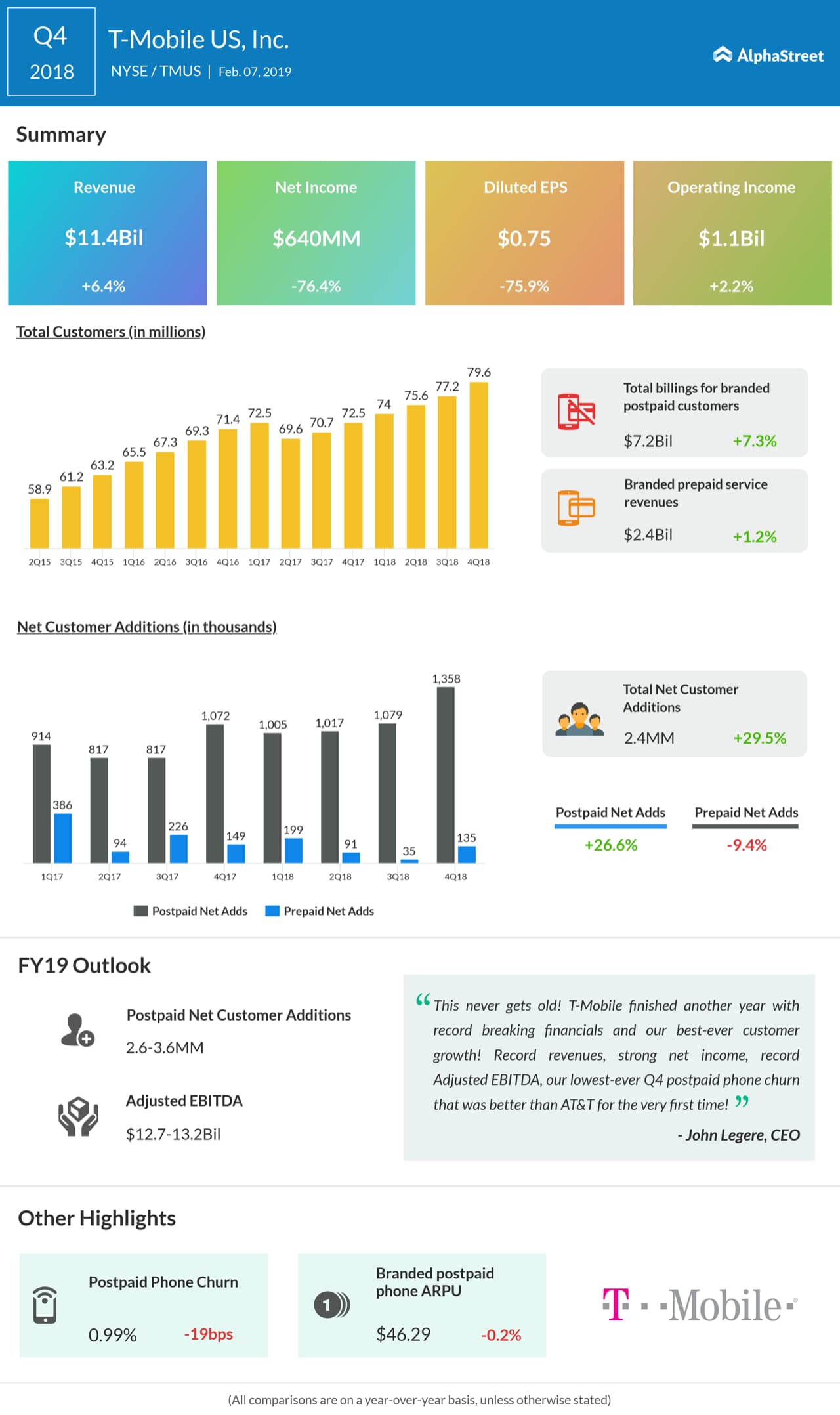 T-Mobile US Q4 2018 earnings infographicFourth-quarter net profit fell sharply to $640 million or $0.75 per share from $2.7 billion or $3.11 per share in the year-ago quarter when the results benefitted from a huge tax-related gain. Total revenues rose 6.4% annually to $11.45 billion in the December quarter, aided by the continuing momentum in subscription growth. The numbers came in above the estimates of Wall Street analysts. Contributing significantly to the top-line, service revenue increased 6% to $8.2 billion.

During the quarter, the mobile carrier added nearly 1 million branded post-paid phone customers, which is above the estimates and up 14.5% from the same period a year earlier. Total customer addition, for all services, surged 30% to 2.4 million.

During the quarter, the company added nearly 1 million branded post-paid phone customers, which is above the estimates

Complementing the subscription growth, the churn rate of customers paying monthly bills dropped by 19 bps annually to a record low of 0.99%. The improvement comes at a time when most telecom firms witness higher churn rates following the holiday season.

Having achieved significant progress in its 5G program, with the equipment required for the network already deployed in hundreds of US cities, the company expects to roll out its standards-based 5G service by next year.

Buoyed by the impressive subscription growth, the management currently expects branded post-paid net customer additions to reach 2.6-3.6 million in fiscal 2019. The forecast for adjusted EBITDA, excluding the impact of the new lease standard, is between $12.7 billion and $13.2 billion, which is in line with analysts’ projection.

In connection with the pending acquisition of Sprint (S), T-Mobile said it has identified New York State as the second location for customer experience center.