Weibo Corporation (NASDAQ: WB) has reported a decline in adjusted earnings for the first quarter of 2022, despite an increase in revenues, even as operating costs increased sharply. 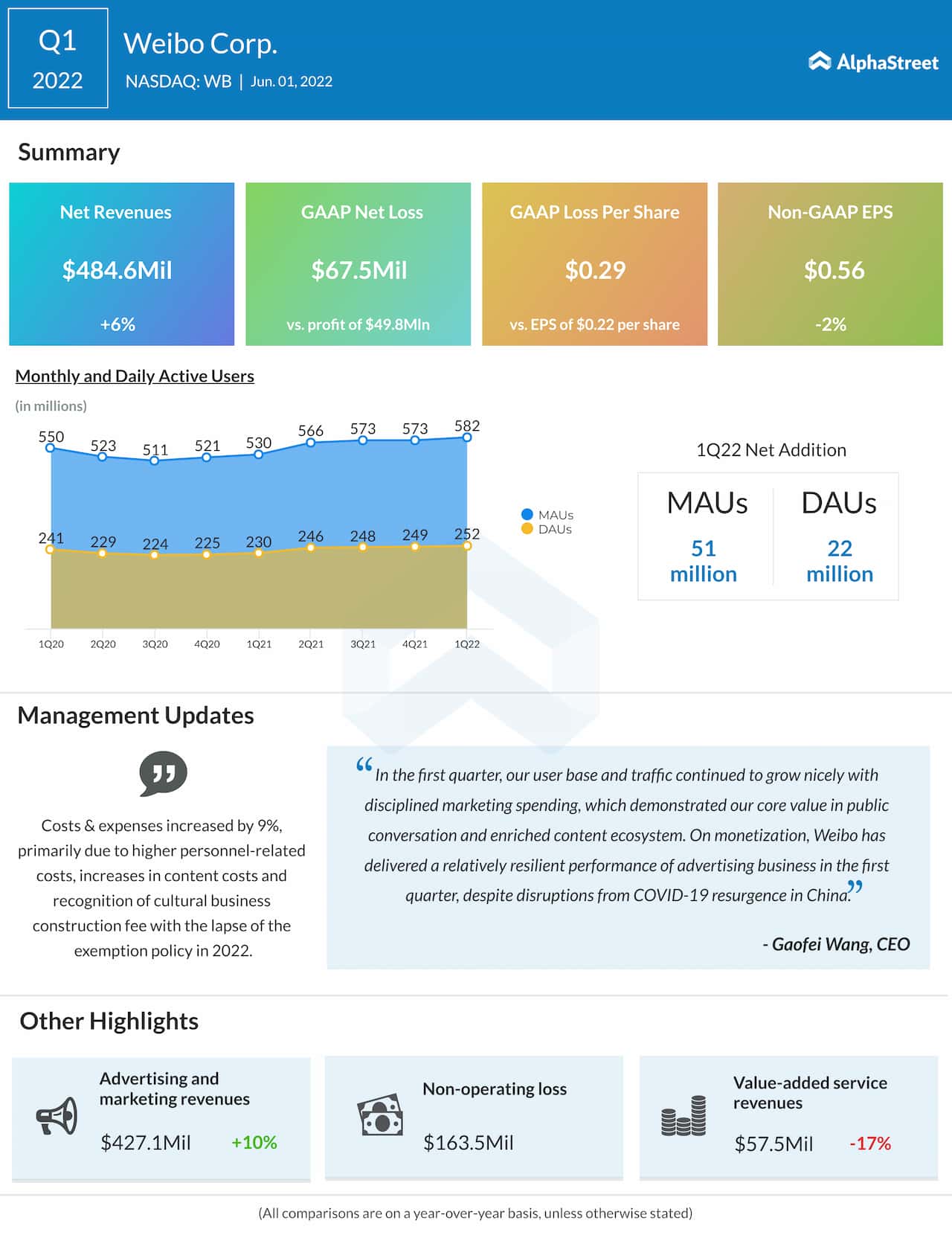 The China-based social networking company reported an adjusted profit of $0.56 per share for the most recent quarter, down 2% from the year-ago period. On an unadjusted basis, it incurred a loss of $67.5 million or $0.29 per share, compared to earnings of $49.8 million or $0.22 per share last year.

Meanwhile, revenues increased by 6% year-over-year to $484.6 million. At the end of the quarter, Weibo had around 582 million monthly active users and 252 million daily active users.

Shares of Weibo traded lower early Friday after closing the previous session down 4.5%. The stock has lost about 34% since the beginning of the year.