The social media giant, which the market expected to earn $0.71 a share on revenue of $456.4 million, posted these results before the opening bell on Wednesday, Nov. 28.

For the quarter, advertising and marketing revenues surged 48% to $409.3 million, while value-added service revenues grew 18% to $50.9 million. 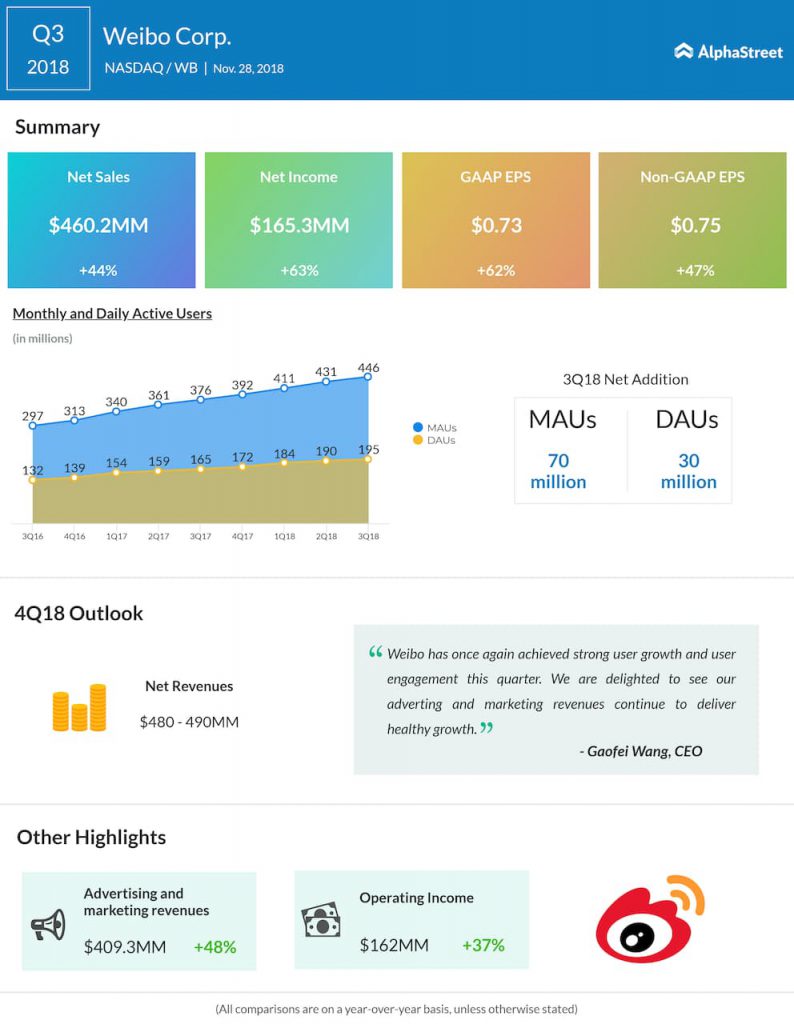 Last year, Weibo earned $0.51 per share. Its metrics have continued to be pretty robust even in the latest reported quarter. However, investors seemed to want to get rid of the stock early this month in what is a selling frenzy that has brought the shares down to the $50s.

Since it’s not just Weibo that is facing the heat, it can be assumed that the effect is a byproduct of the tech rout. Back home, both Facebook and Twitter have been under fire. Right after the privacy uproar and related hearing, 2018 saw a huge FAANG slump.