This quarter’s earnings season kicked off with the big banks reporting better-than-expected results today. One among them is Wells Fargo (WFC), which beat the Street’s topline estimate modestly while falling short of bottom line estimates. Wells Fargo stock was trading up about 2% in the pre-market trading session. 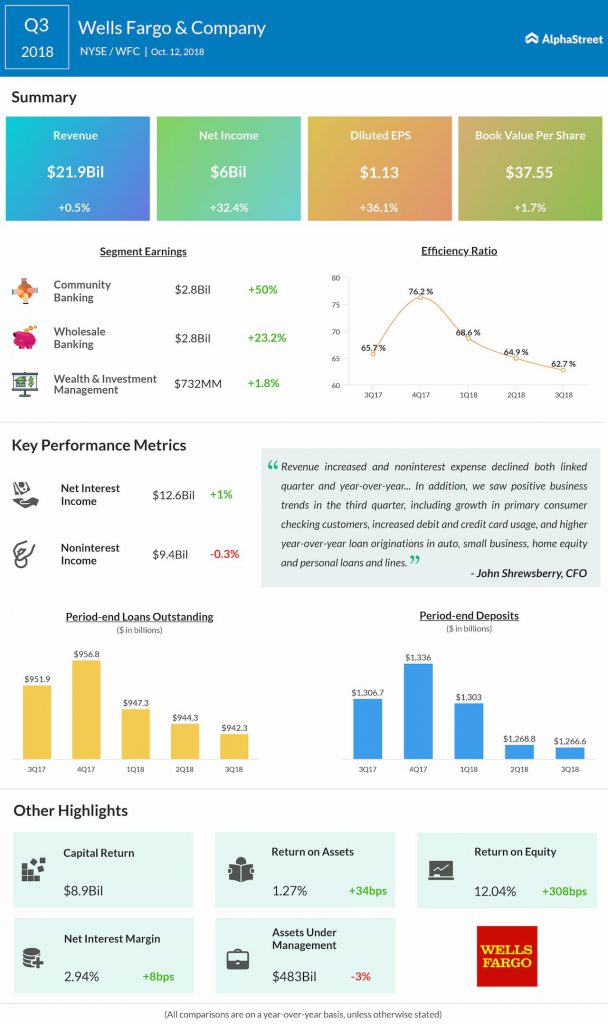 Wells Fargo reported profit increases in all three segments (Community Banking, Wholesale Banking, and Wealth and Investment Management) in the recently ended quarter. Noninterest income was slightly down and noninterest expense was down 4%. Average deposits and average loans were down 3% and 1%, respectively.

At the end of September 30, 2018, Wells Fargo had 5,663 retail bank branches, reflecting 93 branch consolidations in Q3 and 207 in the first nine months of 2018. The bank expects to complete the previously announced divestiture of 52 branches in Indiana, Ohio, Michigan and part of Wisconsin in fourth quarter 2018.

Meanwhile, peers JPMorgan (JPM), Citigroup (C) and PNC Financial (PNC) announced their results today and all the banking companies surpassed street’s estimates. While JPM and Citi were trading in an upward trajectory before the bell, PNC stock was slightly down, hit by the costs.