2018 was the year of healthcare IPOs. Here is why

There were quite a few blockbuster IPOs this year, mostly by tech firms, including Spotify (SPOT), Dropbox (DBX), Elastic (ESTC) and Chinese streaming giant iQiyi (IQ). While you were busy pursuing these popular tech stocks, what you probably missed was the fact that 2018 was, in fact, a year of healthcare IPOs.

At least 70 companies from the healthcare industry went public in 2018, constituting about 40% of all IPOs this year. Technology was the second largest sector, accounting for about 22% of all IPOs. 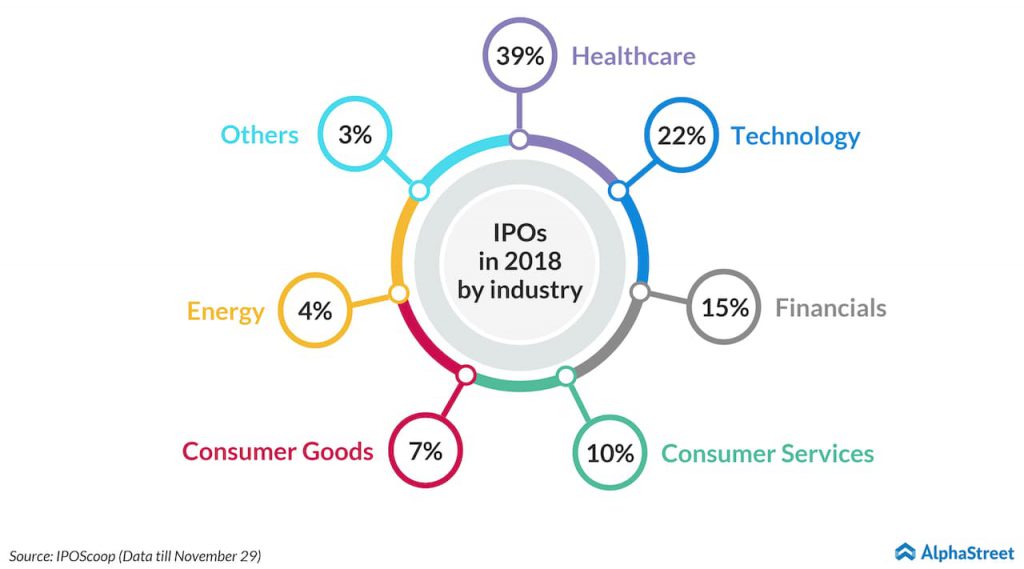 No surprises on the best performer here. Canada-based medical marijuana company Tilray (TLRY), which went public in July at an offer price of $17, is currently trading at $110.88, an increase of 550%.

Following this is a not-much hyped biotechnology company Allakos (ALLK), which is developing antibodies for the treatment of eosinophilic gastritis, an inflammatory disease of the gastrointestinal tract. The stock was offered at $18 and has since rallied to $59.03. In mid-October, the stock did fall to $33, but it regained value in the coming months. 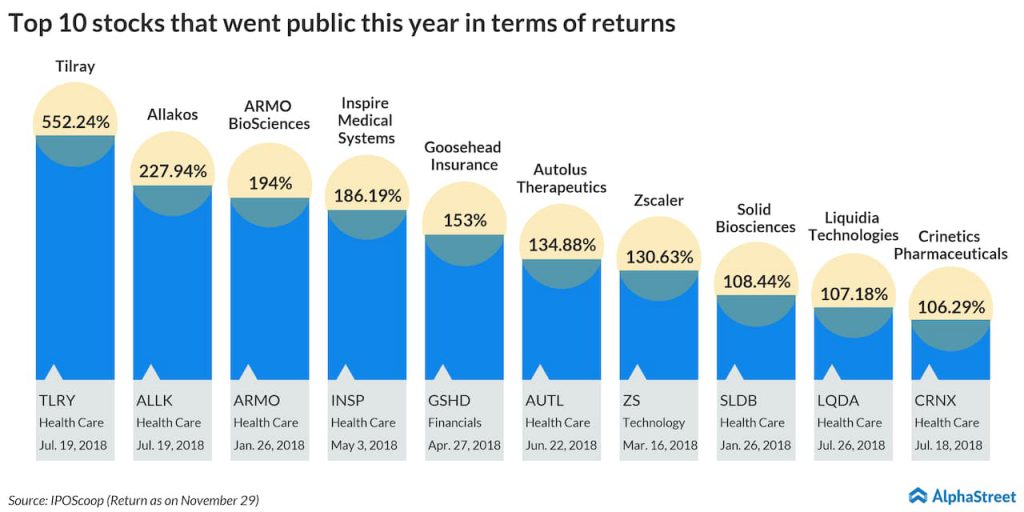 But before you jump into conclusions, let us present the other side of the story as well. Healthcare stocks have a majority presence in the bottom 10 also, though not quite as extensive as the top 10.  Six out of the worst 10 performing IPO stocks are from the industry, with Genprex (GNPX) and Eyenovia (EYEN) leading the pack. While Genprex has lost over 70% of its value, Eyenovia is down  67%.

Tencent Music might finally launch its IPO on December 12