Online consumer finance company 360 DigiTech, Inc. (NASDAQ: QFIN) reported a decline in net income for the first quarter of 2022, despite a strong increase in revenues. 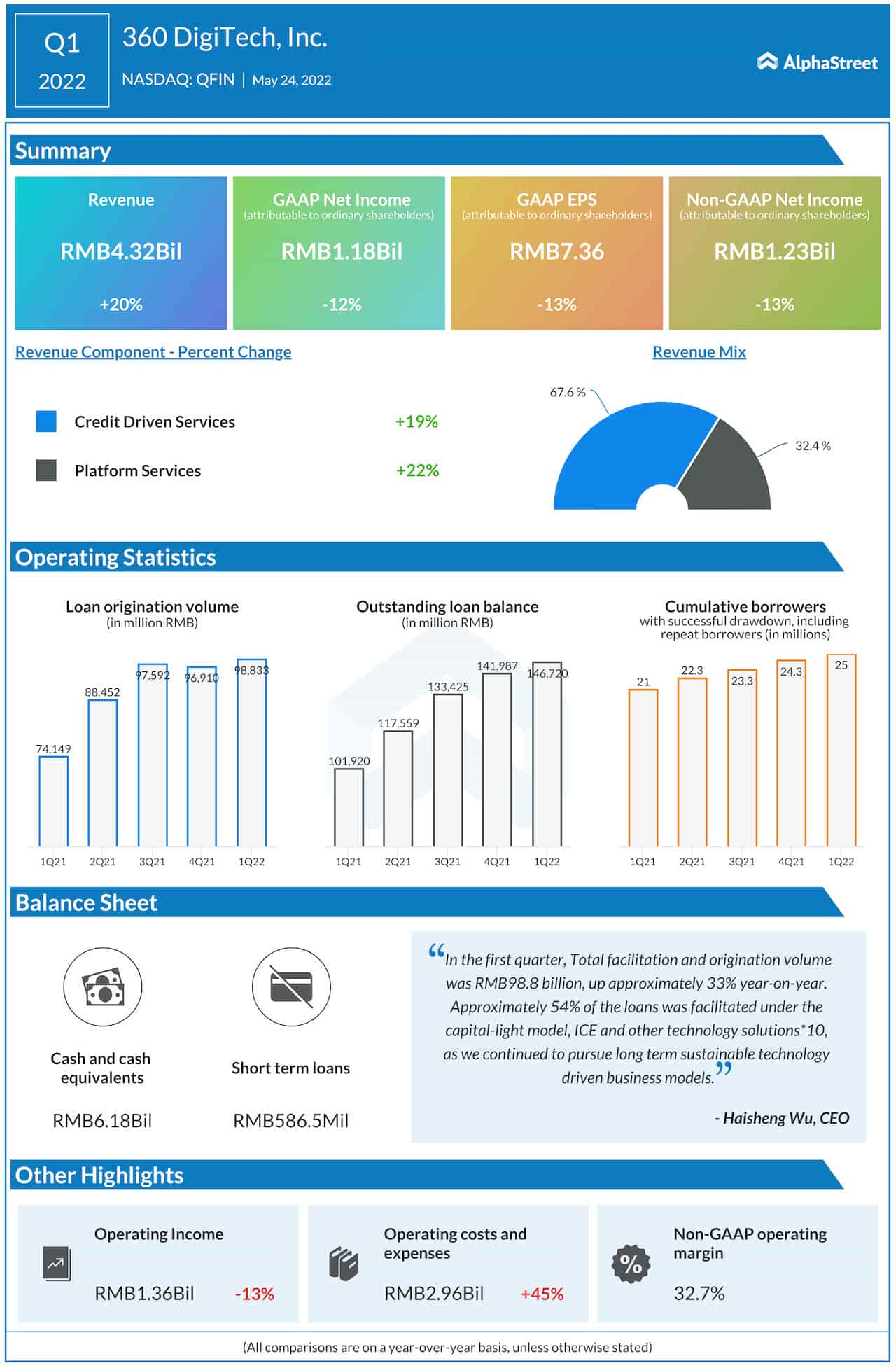 First-quarter revenues increased 20% annually to RMB4.32 billion (US$681.5 million). Revenues from both Credit Driven Services and Platform Services increased in double digits during the three-month period.

“Although demand for consumer credit was as expected with normal seasonality in the first quarter, we started to take prudent approach to operate our business to better navigate through the uncertainty resulting from the challenging macro backdrop. At the end of the first quarter, our total cash and cash equivalent was approximately RMB9.8 billion, of which approximately RMB6.2 billion was non-restricted, giving us ever strong financial positions to support our long term growth while dealing with near term economic challenges,” said 360 DigiTech’s CFO Alex Xu.

Shares of 360 DigiTech traded higher early Wednesday at the Nasdaq Stock Exchange. The stock has declined 39% since the beginning of the year.