Apple Inc. (NASDAQ: AAPL) on Thursday said its first-quarter sales and earnings increased, aided by stable demand for its popular smartphone brand iPhone and strength of the services business. The numbers also came in above the market’s projection. 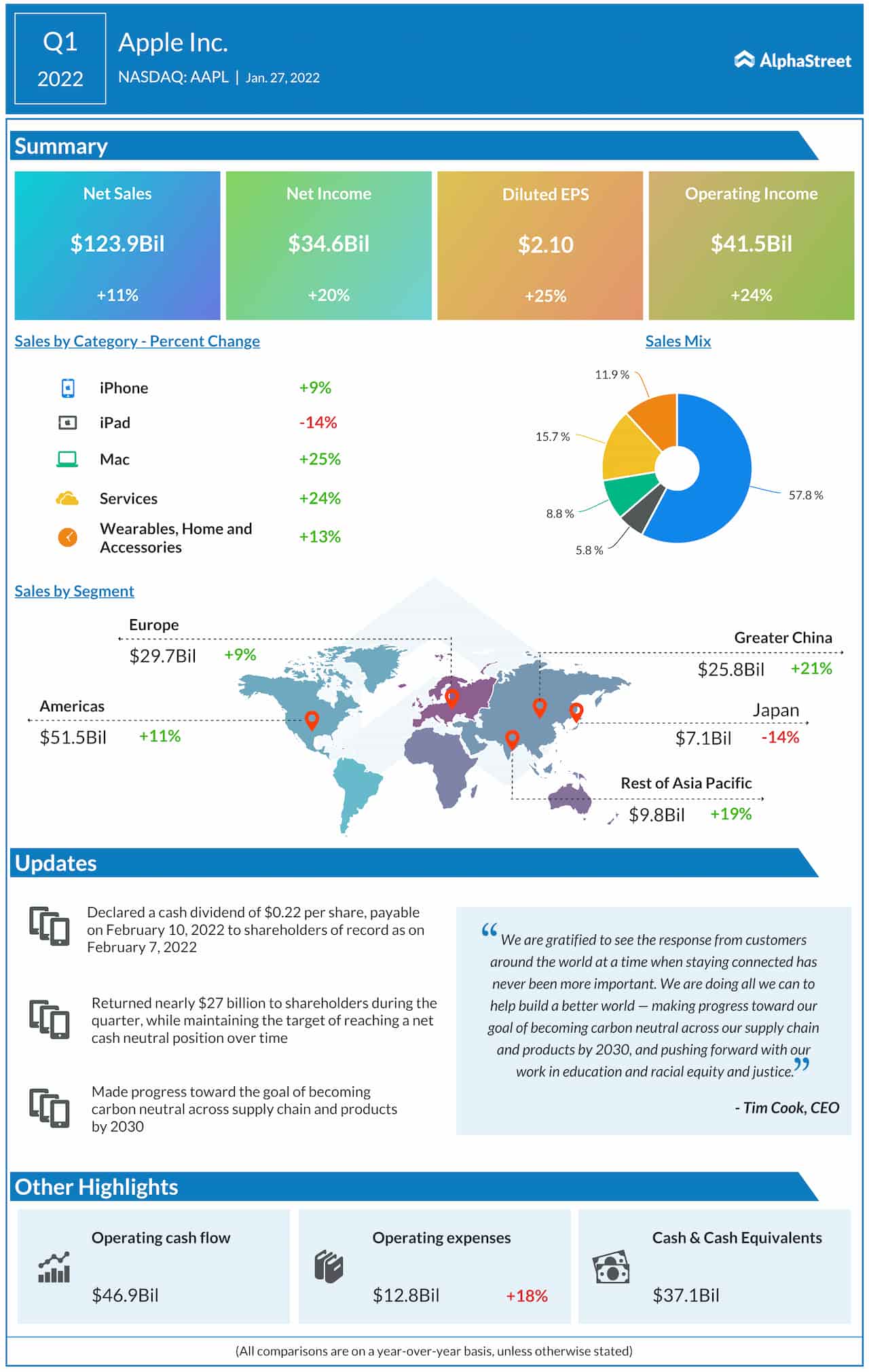 First-quarter revenues of the Cupertino-based gadget giant increased 11% from last year to a record high of $123.9 billion, mainly reflecting a 9% increase in the sales of iPhone. The top-line also beat the consensus estimates. 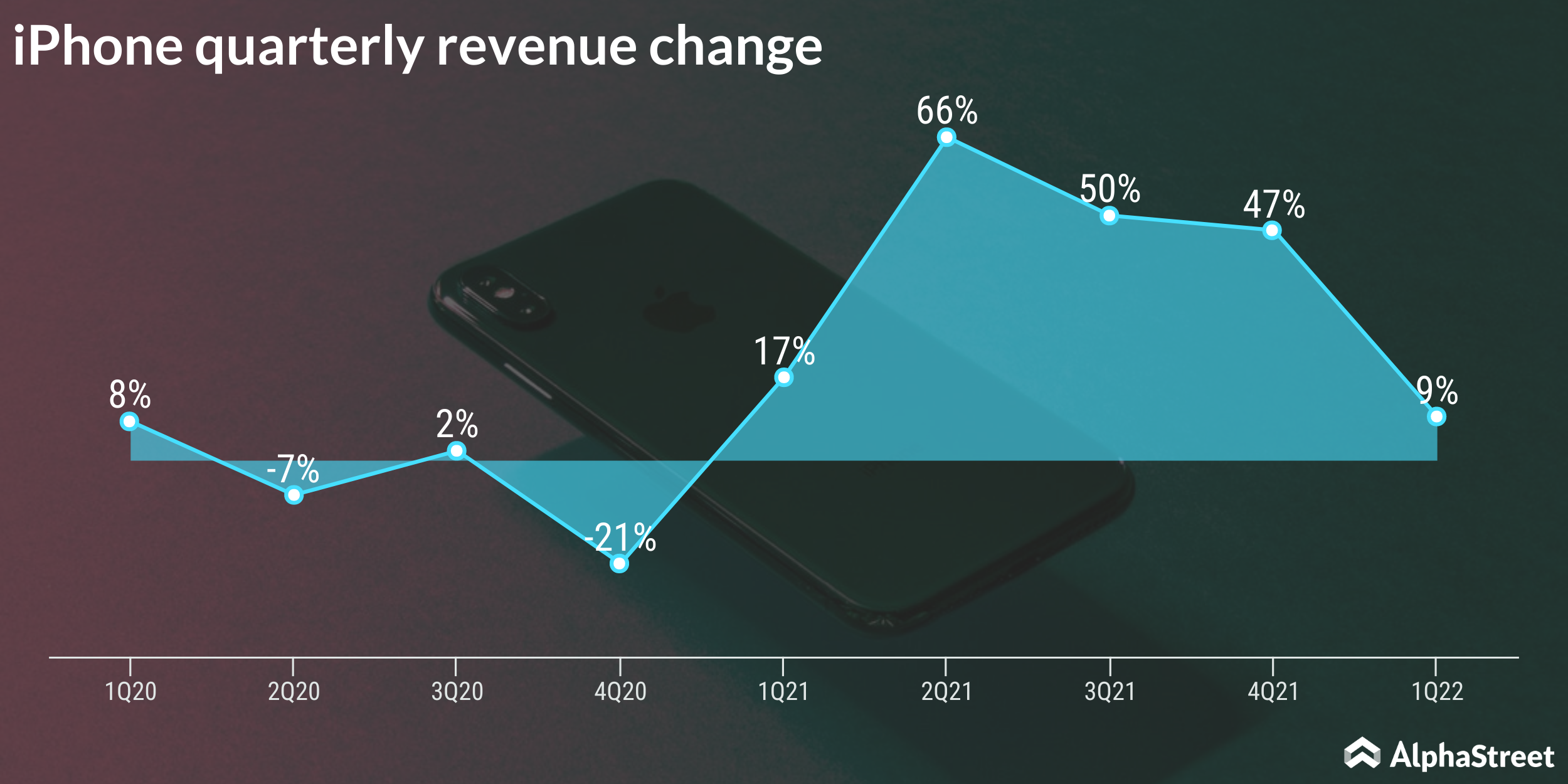 Apple’s stock reached a record high early this month and gained 21% so far this year. The momentum waned since then and the stock closed Thursday’s session lower. However, it made strong gains in the afterhours following the announcement.