Advanced Micro Devices (NASDAQ: AMD) reported third quarter of 2019 results in which earnings were in line with the market’s estimates. However, revenue missed the targets. The semiconductor giant posted adjusted earnings of $0.18 per share on revenue of $1.80 billion.

Analysts had projected the company to earn $0.18 per share on revenue of $1.81 billion for the third quarter. AMD stock rose about 3% immediately after the earnings announcement in the extended trading session. However, shares of AMD turned to red as the company provided dismal outlook for fourth quarter of 2019. 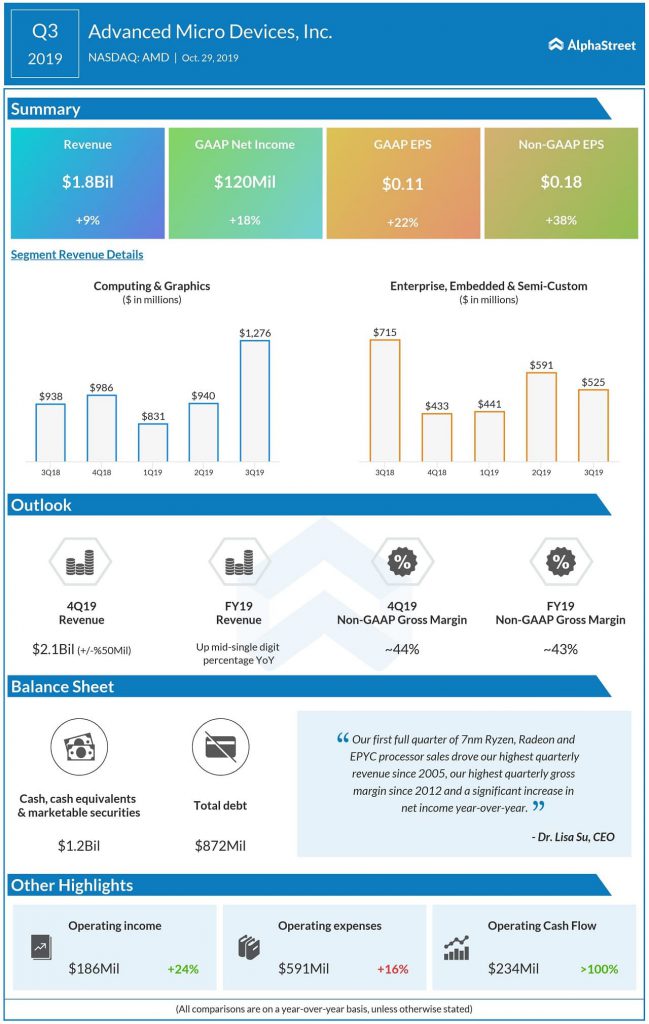 Revenue growth of 9% in the three months ended September 30, 2019, was helped by Computing and Graphics segment revenue growth of 36%, which was primarily driven by increased Ryzen client processor sales.

For the fourth quarter of 2019, AMD expects revenue to be approximately $2.1 billion, plus or minus $50 million, representing an year-over-year increase of 48%. This revenue growth is expected to be driven by an increase in Ryzen, EPYC and Radeon product sales. AMD expects non-GAAP gross margin to be approximately 44% in the fourth quarter of 2019.