The company reported a 20% growth in total revenues to $40.5 billion compared to the prior-year quarter, beating forecasts of $40.3 billion. On a constant currency basis, revenues grew 22%. 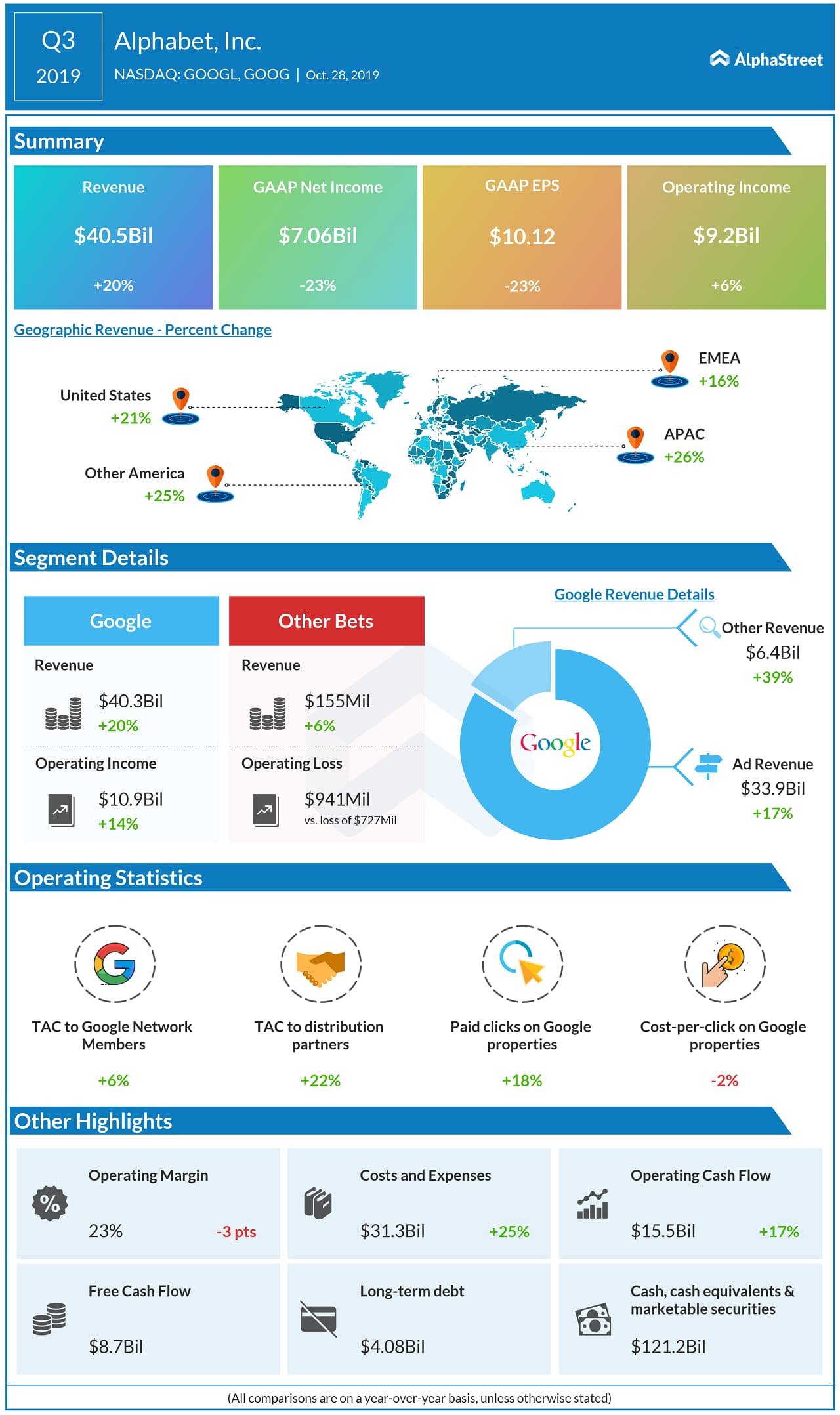 The parent of Google reportedly made a bid to acquire smartwatch-maker Fitbit (NYSE: FIT) for an undisclosed amount, sending Fitbit’s shares soaring in today’s session. If this deal is successful, Alphabet would compete against Apple (NYSE: AAPL) in the wearables market, where the latter is already a leader. Neither Alphabet nor Fitbit have confirmed this report.

At the start of this year, Alphabet’s subsidiary Google had acquired smartwatch technology from Fossil Group (NASDAQ: FOSL) for $40 million.