Net income soared 63% to $3.03 billion and earnings surged 61% to $6.04 per share. Net sales increased 20% to $72.4 billion. Excluding the $801 million unfavorable impacts from year-over-year changes in foreign exchange rates throughout the quarter, net sales grew by 21%. 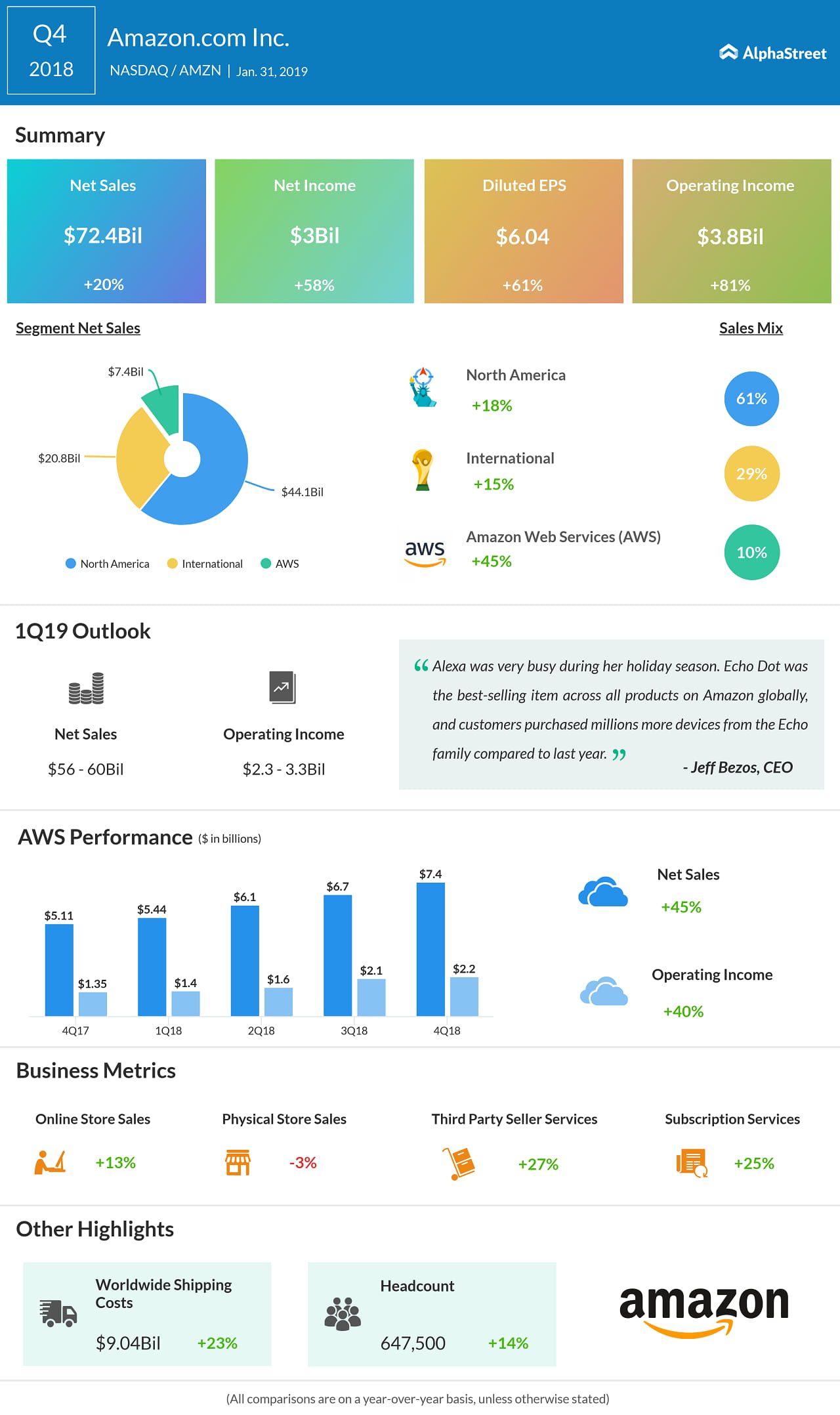 During the holiday season, Alexa was very busy and Echo Dot was the best-selling item across all products on Amazon globally. The Echo family has experienced an increase in the devices sold during the fourth quarter compared to last year.

In 2018, Amazon improved Alexa’s ability to understand requests and answer questions by more than 20% through advances in machine learning. During the holiday season, tens of millions of customers worldwide started Prime free trials or began paid memberships.

For the fourth quarter, sales from North America increased by 18% to $44.1 billion and International sales rose 15% to $20.8 billion. Sales from Amazon Web Services (AWS) jumped 45% to $7.4 billion. The company experienced a 13% growth in online store sales as customers started spending time in the eCommerce platform rather than the physical store, which has declined by 3% during the quarter.

Amazon’s subscription services increased by 25% as holiday season has attracted more customers to begin paid memberships. Third party seller services showed a 27% jump in their metrics. Due to the increase in orders for holiday season, the company has faced a 23% increase in worldwide shipping costs in the fourth quarter. And the headcount was also lifted by 14% for countering the seasonal demands.

Shares of Amazon ended Thursday’s regular session up 2.89% at $1,718.73 on the Nasdaq. Following the earnings release, the stock inched down over 2% in the after-market session.