If companies can experience nightmares, Apple (AAPL) just had one. The ever-so-formidable stock with a strong product portfolio and solid fundamentals had become the first US company to hit $1 trillion valuation on August 2. Apple had looked so promising that it could even shake Warren Buffett’s unyielding aversion towards tech stocks.

But then Murphy’s law kicked in – iPhone, which accounts for close to 60% of the tech giant’s total revenue, started showing signs of weakness and investors recklessly sent the stock plunging up to 39% from its 52-week high.

Since the start of this year though, the stock has mildly recovered, gaining about 10.5%. And after all this unusual drama, Apple is now scheduled to report first-quarter 2019 results on Tuesday, January 29, after market close.  So what’s on the cards? 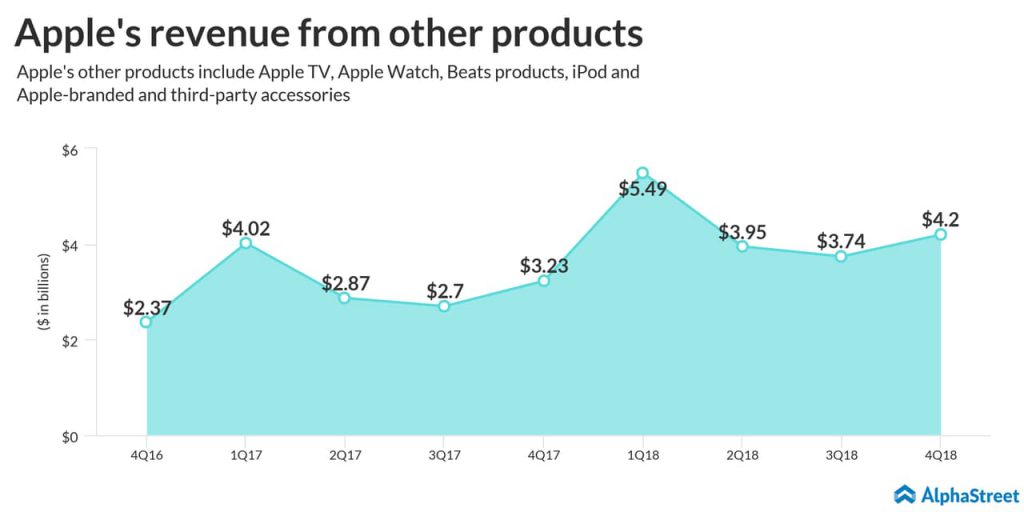 However, the top-line shocker is now already embedded into the stock as it was already cautioned by CEO Tim Cook earlier this month, putting all the blame on weakness in China and the emerging markets.

Putting an ax on its own revenue guidance is a rare habit for the company – last time it had happened 15 years ago. In fact, the CEO announcement was only a mere confirmation of what was already being widely speculated in the markets, thanks to guidance cuts by a slew of material suppliers and partner manufacturers.

With the revenue decline already warned and unit sales figures removed from its financial reporting, investors will be looking at other metrics to evaluate the stock. An important metric in this regard should be the operating margin.

During the September quarter, Apple had reported a 67bp increase in its operating margins, after 11 straight quarters of declines. The jump in Q4 was primarily due to a slight delay in the launch of its iPhone Xs models, compared to cheaper 8 models last year.

From Q1 though, once again expect declines in operating margins as Apple, unlike its usual self, is giving away massive discounts to sell more iPhones. Analysts expect iPhone revenues to decline double digits this quarter, compared to a 29% jump in the same period last year.

Investors will also be looking at Apple services, which is touted to be the next big thing for the tech giant. The services segment is projected to grow 27% to breach the $10 billion mark. Tim Cook had earlier remarked that non-smartphone revenues are expected to jump 20% in 2019. Going by this bullish projection, Apple is well positioned to achieve its target of doubling the services revenue between 2016 and 2020.

Apple is definitely not the quality stock that it used to be. However, the market expects the company to reward the investors who remain long on the stock. Q1 earnings will act as a teaser to the company’s expected performance for the rest of this year.