If reports are to be believed, Apple (NASDAQ: AAPL) is set to report another quarter of disappointing iPhone sales as it announces its second-quarter 2019 earnings on Tuesday, April 30. Smartphone shipments to China reportedly declined 11% in January and 20% in February, marking some of the deepest multi-year falls.

The weakness in China is sure to translate into Apple’s already slowing products sales. This, combined with Apple’s failure in fending off competition in emerging markets such as India, is expected to dent topline performance in Q2, as iPhones account for about 60% of the company’s total revenue. The Indian market is currently dominated by Chinese companies, primarily Xiaomi, by offering superior handsets at cheaper prices. 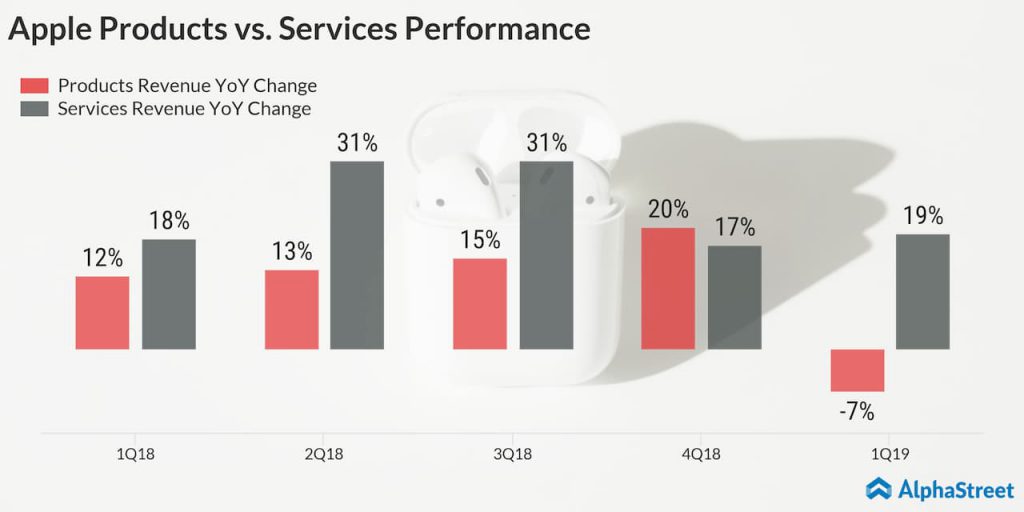 Analysts expect revenues to decline by 5.8% in the second quarter to $57.6 billion. EPS is pegged at $2.37 per share, compared to $2.73 it reported in the same period last year.

Revenue from iPhones is expected to be approximately $32.4 billion, down almost 15% year-over-year, which might not be reassuring to investors. Analysts are likely to grill the management on the same topic and investors will be looking for cues on stabilization of global iPhone demand. Investors would also be all ears to know about the outcome of the recent price slash in China.

On the flip side, it will possibly be the lucrative services segment that will drive stock movement following the earnings results. Apple has been witnessing tremendous success with its services segment, where revenue growth has exceeded that of products in four out of the past five quarters.

The street estimates second quarter revenues from services to hit $11.16 billion. This represents a 21% growth, compared to 19% achieved in the last reported quarter. 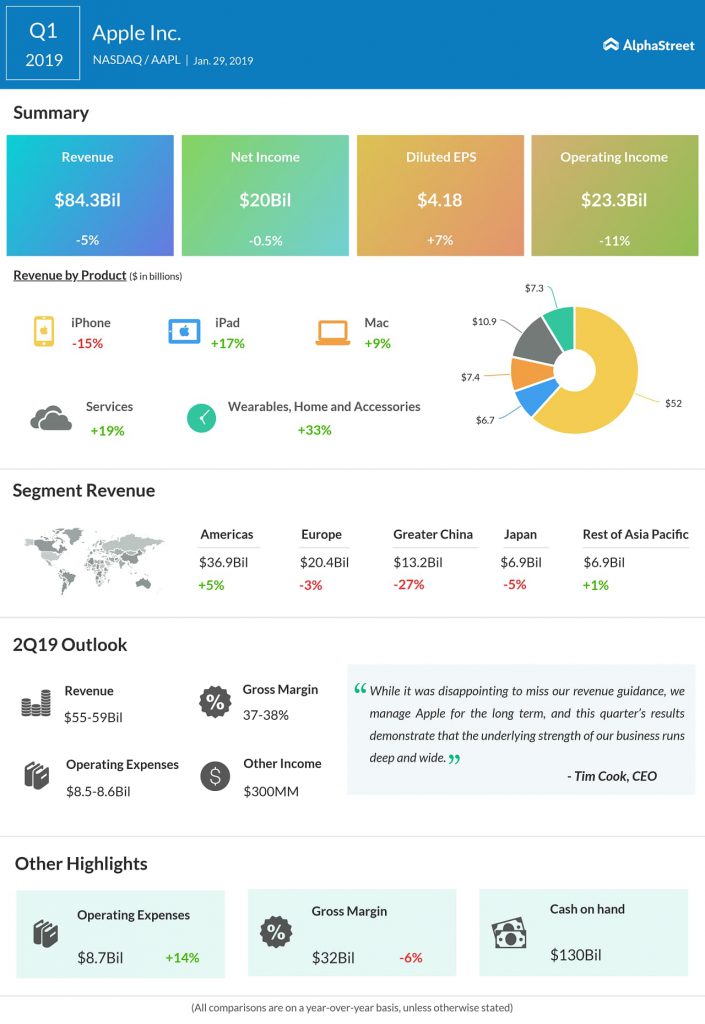 Separately, at the March 25 Apple event, the tech giant had released updates to some of its services, besides teasing its much-touted streaming service Apple TV+. The iPhone maker has hired an enviable panel of film personalities including Steven Spielberg to create content for its streaming service, in a bid to take on Netflix, Amazon Prime Video, Hulu and Disney+.

If the services segment shows signs of weakness, which is highly unlikely, it could spell doom for the tech firm. However, if it maintains the strong momentum, investors might brush aside the minor concerns that have plagued the products segment.