Analysts had expected just $1.65 per share, predicting that the higher expenses required to establish better privacy security would weigh on its bottom line. 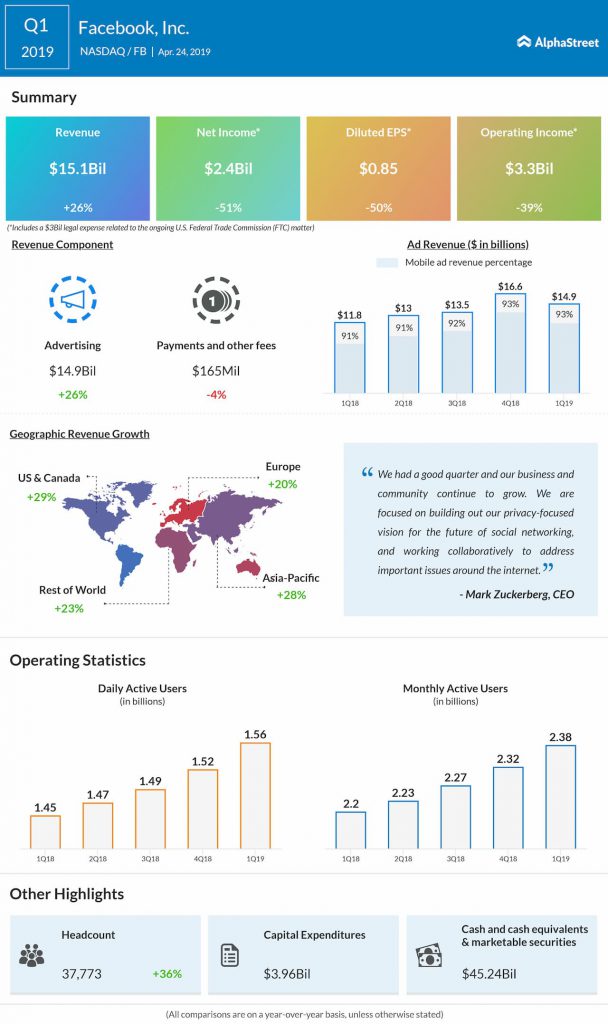 The one-time costs were associated with the inquiry of the Federal Trade Commission into Facebook’s user data practices. The social media giant estimates the range of loss in this matter between $3 billion and $5 billion.

Facebook shares gained 4.7% during after-market trading on Wednesday. The stock has rallied 35% in the year-to-date period.

READ: 4 THINGS YOU NEED TO KNOW AHEAD OF AMAZON’S Q1 RESULTS

Daily Active Users increased 8% to 1.56 billion, while Monthly Active Users gained 8% to 2.38 billion. The popularity of its existing features like video, coupled with the addition of new features like music, are keeping users engaged at times of data privacy scandals.

Facebook is estimated to spend close to $4 billion this year to boost safety on its website. The social media giant has its share of litigation issues and might face fines that could run into billions of dollars, even as Facebook’s CEO Mark Zuckerberg appears to favor federal regulation that several parties have been advocating in recent times.