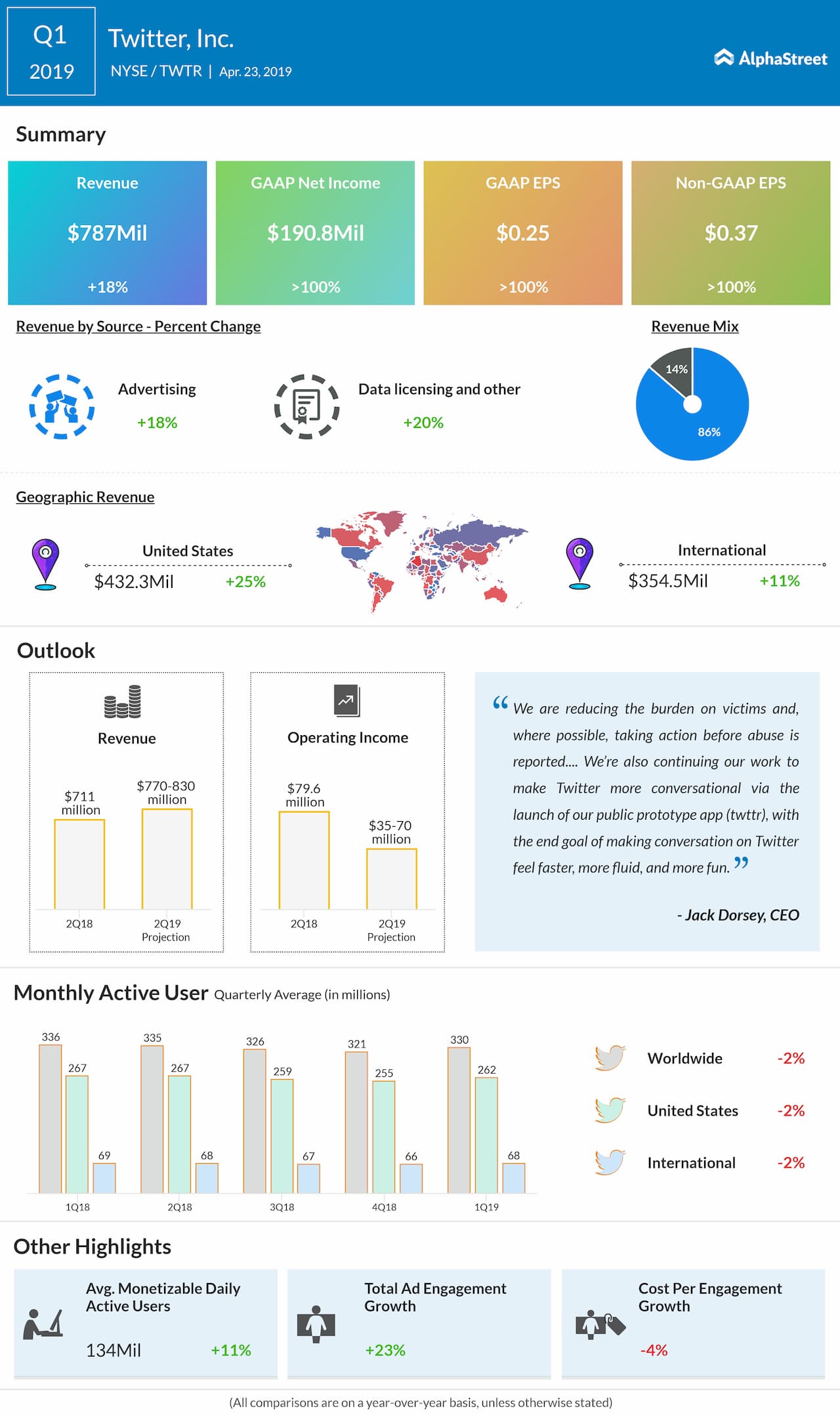 Adjusted earnings climbed to $0.37 per share in the March quarter from $0.16 per share in the corresponding period of last year and topped the Street view. Reported profit moved up to $191 million or $0.25 per share from $61 million in the year-ago quarter.

At $787 million, revenues were higher by 18% from the first quarter of 2018. The top-line, which benefitted from a double-digit increase in ad revenue, also exceeded the market’s expectations. The overall performance got a boost from the marked rise in ad engagements and decline in the cost per engagement.

There was a 12% annual increase in average monetizable daily active users to 134 million. The number of monthly active users (MAU) was $330 million in the first quarter, compared to 336 million in the prior-year quarter. Earlier, the company had announced it would stop reporting the MAU numbers starting the June quarter.

Chief executive Jack Dorsey said steps were being taken to ensure healthy conversation on the site, in the wake of allegations that the platform is being misused for propaganda, abuse and disseminating fake news. The measures include crackdown on inauthentic accounts and their removal.

For the second quarter, the company expects total revenues to be in the range of $770 million to $830 million and operating income between $35 million and $70 million. In the whole of 2019, operating expenses are expected to rise by 20%, reflecting capital expenditures related to investments.

Facebook (FB) is scheduled to report its first-quarter results Wednesday evening, after a challenging year marked by allegations of data misuse and regulatory actions.

Twitter shares closed the last trading session lower but rose sharply in the pre-market trading Tuesday, following the earnings report. The stock gained 19% over the past twelve months and so much since the beginning of 2019.