Microblogging platform Twitter (NYSE: TWTR) on Thursday reported weaker-than-expected earnings and revenues for the fourth quarter of 2021. The company’s stock dropped soon after the announcement. 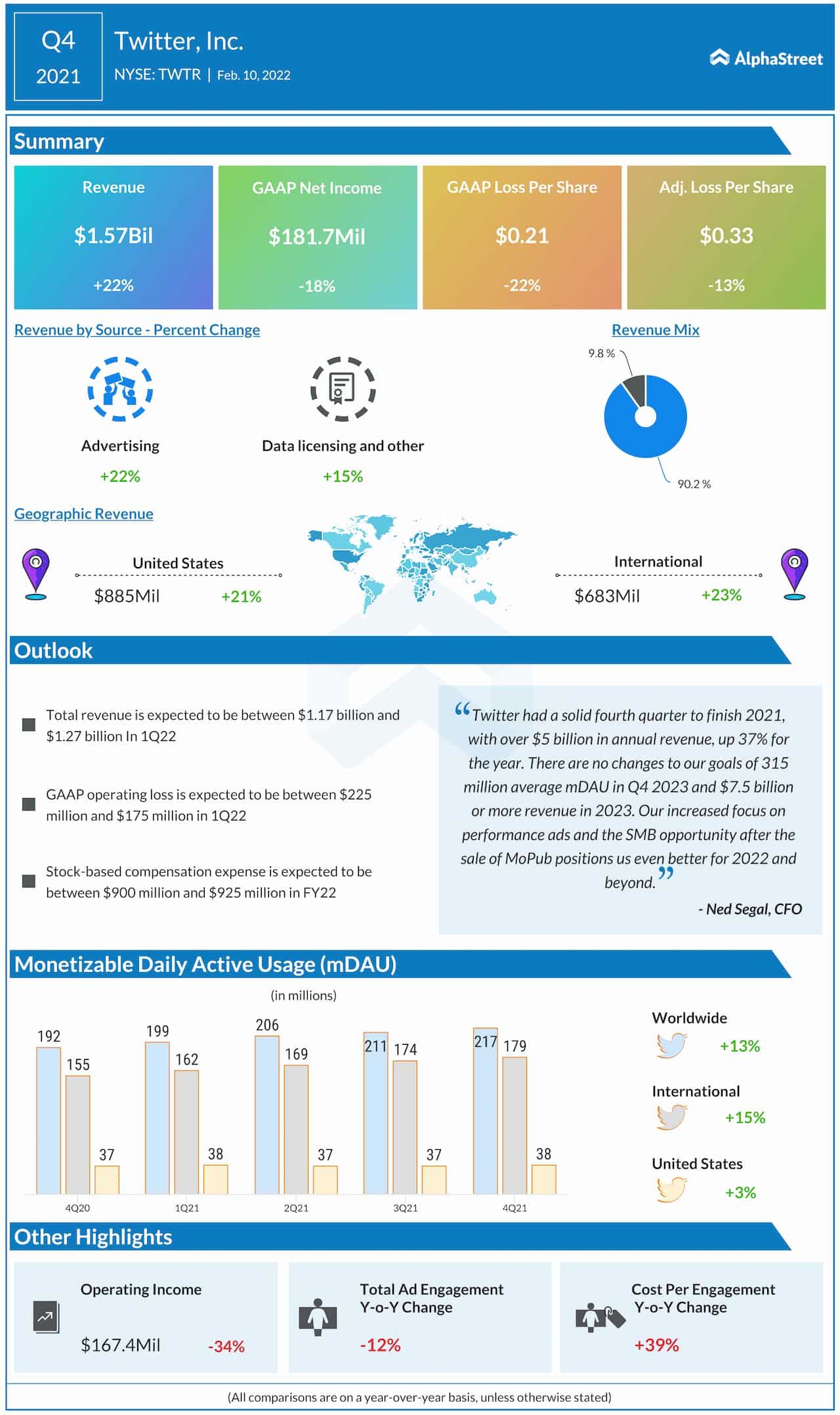 Fourth-quarter earnings, adjusted for special items, declined to $0.33 per share from $0.38 per share last year and came in below the consensus forecast. The company reported a net profit of $181.7 million or $0.21 per share for the December quarter, compared to $222.1 million or $0.27 per share in the year-ago period.

The bottom-line performance was negatively impacted by a sharp increase in operating expenses. Meanwhile, revenues moved up 22% annually to $1.57 billion during the three-month period. Analysts had predicted a faster growth. The average monetizable daily active usage was 217 million.

Twitter stock has lost about13% so far this year and is currently trading well below the 52-week average. The shares traded lower in early trading on Thursday soon after the earnings announcement.