Apple (NASDAQ: AAPL) reported yet another quarter of disappointing product sales as it announced second-quarter earnings results on Tuesday, primarily hurt by weakness in China. Revenue from Apple products fell 9% year-over-year to $46.6 billion. 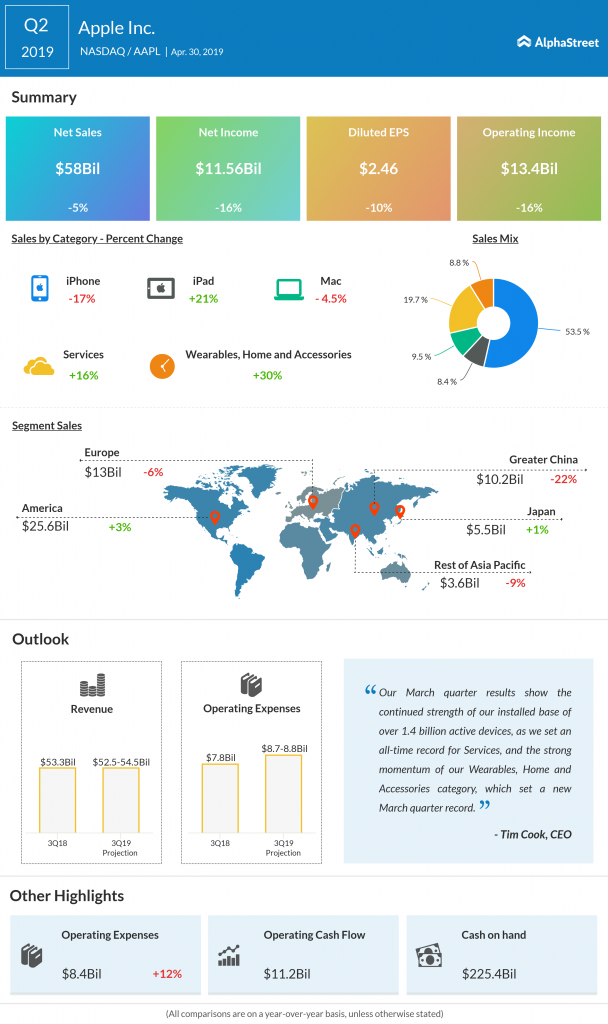 The weakness in its flagship product pulled the overall revenues down 5% to $58 billion. However, this still came in above the street consensus of 57.6 billion. International sales accounted for 61% of the quarter’s revenue.

Earnings fell 10% to $2.46 per share, while analysts had projected it at $2.37 per share. The better-than-expected earnings sent AAPL shares up 4.2% during after-market trading on Tuesday.

Meanwhile, Apple’s services segment slightly offset the weakness in the products side with a 16% year-over-year growth to $11.45 billion, an all-time high.

Apple has been witnessing tremendous success with its services segment, where revenue growth has exceeded that of products in five out of the past six quarters.

READ: MOMO SHARES CRASH AFTER ITS TINDER-LIKE APP GETS REMOVED FROM APP STORES

Apple CEO Tim Cook said, “Our March quarter results show the continued strength of our installed base of over 1.4 billion active devices, as we set an all-time record for Services, and the strong momentum of our Wearables, Home and Accessories category, which set a new March quarter record.” 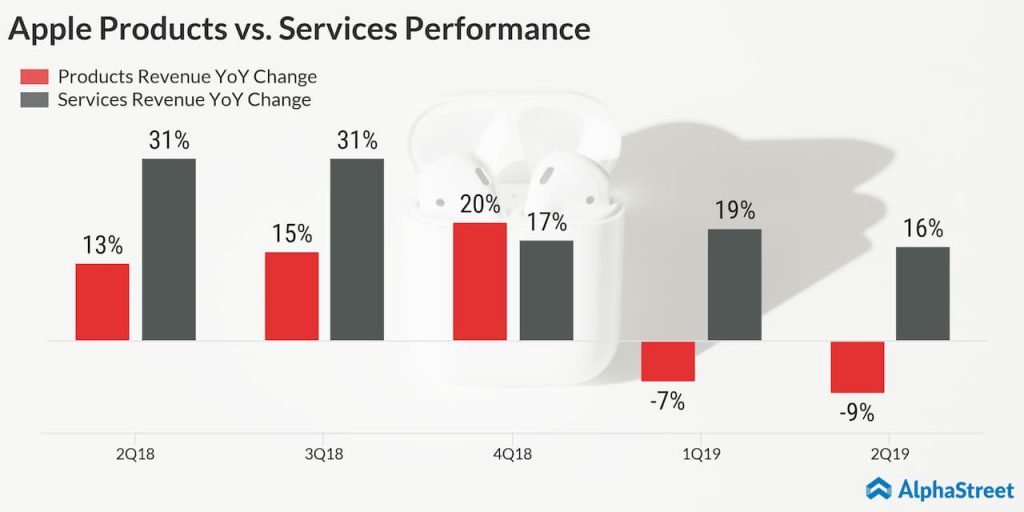 At a March 25 Apple event, the tech giant had released updates to some of its services, besides teasing its much-touted streaming service Apple TV+. The iPhone maker has hired an enviable panel of film personalities including Steven Spielberg to create content for its streaming service, in a bid to take on Netflix, Amazon Prime Video, Hulu and Disney+.

AAPL shares have gained 27% in the year year-to-date period and 22% in the trailing 52 weeks.