Beyond Meat, Inc. (NASDAQ: BYND), a leading producer of plant-based meat substitutes, Thursday reported a net loss for the first quarter, compared to profit last year. Though sales increased during the three-month period, they missed estimates. The company’s stock dropped in the after-hours trading session following the announcement. 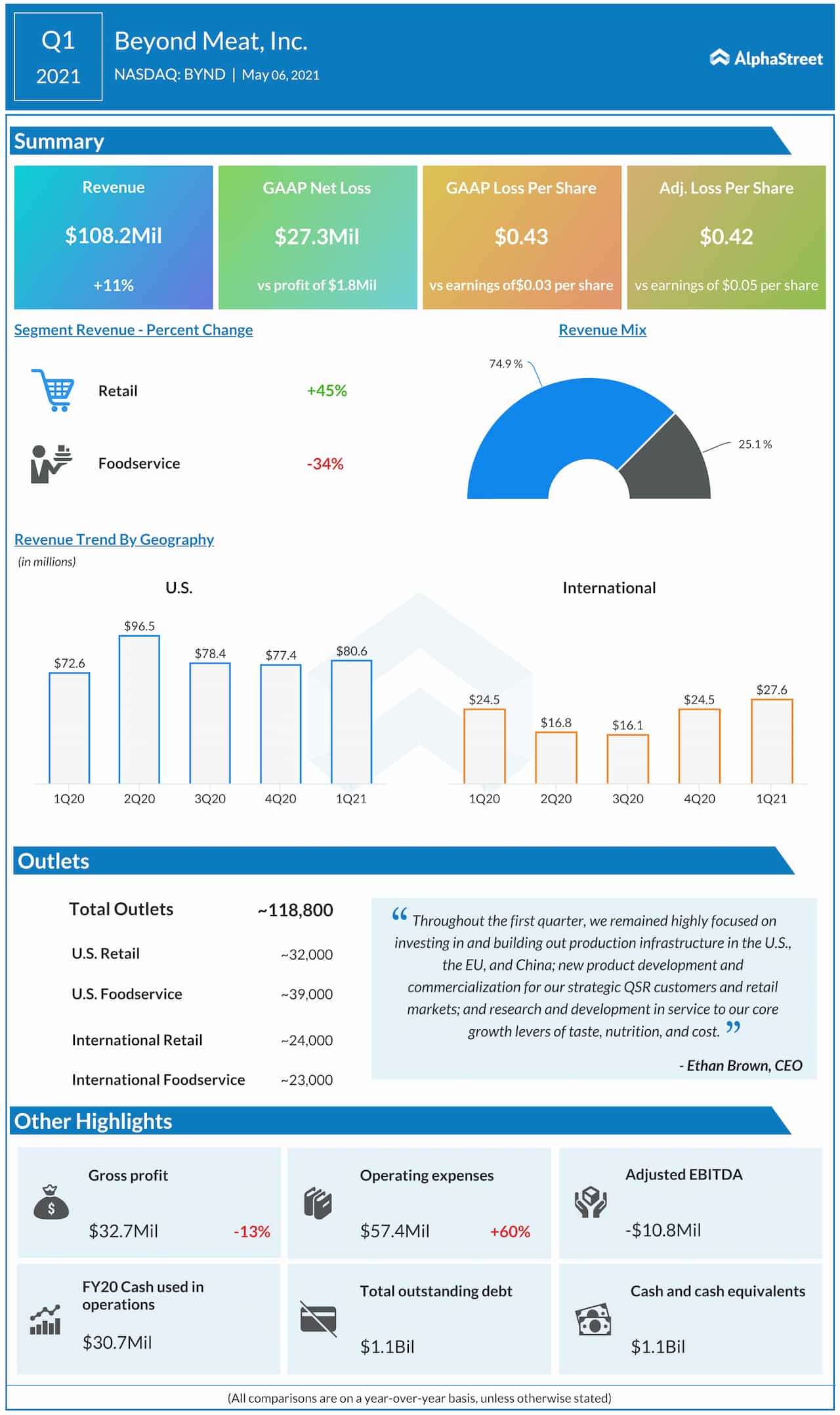 Beyond Meat reported a loss of $0.42 per share for the March quarter, on an adjusted basis, which marked a deterioration from the prior-year period when it posted earnings of $0.05 per share. The market was looking for a narrower loss for the latest quarter. 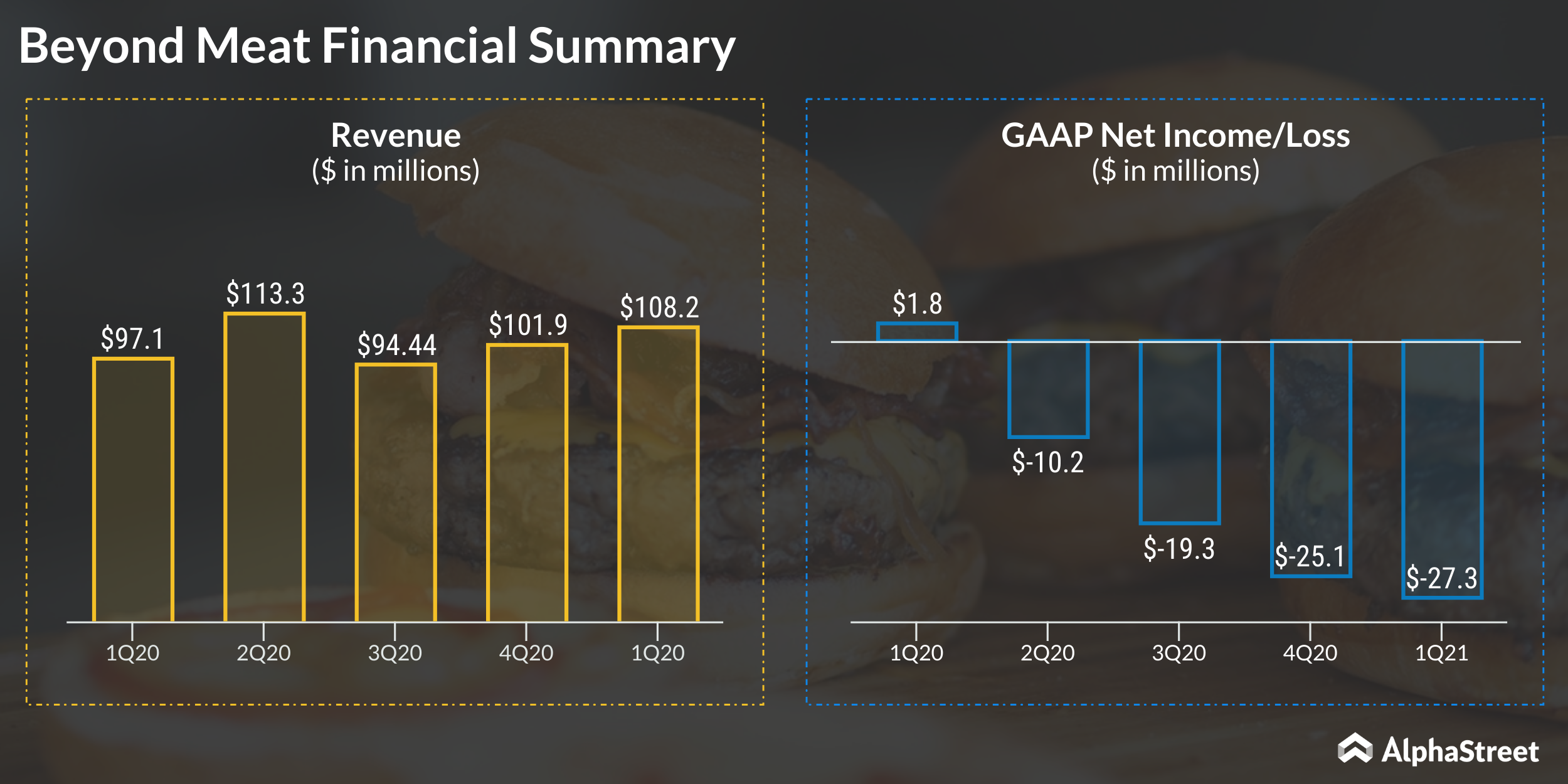 Beyond Meat’s stock has declined 24% in the past twelve months. The shares closed Thursday’s session lower and continued to lose in the after-hours following the announcement.