Big Lots (BIG) on Wednesday reported fourth-quarter sales that narrowly missed the street consensus. The top line slid 2% to $1.59 billion, compared to $1.6 billion expected by analysts. The sales dip was spurred by a lower store count year-over-year as well as an extra week of operations in fiscal 2017. 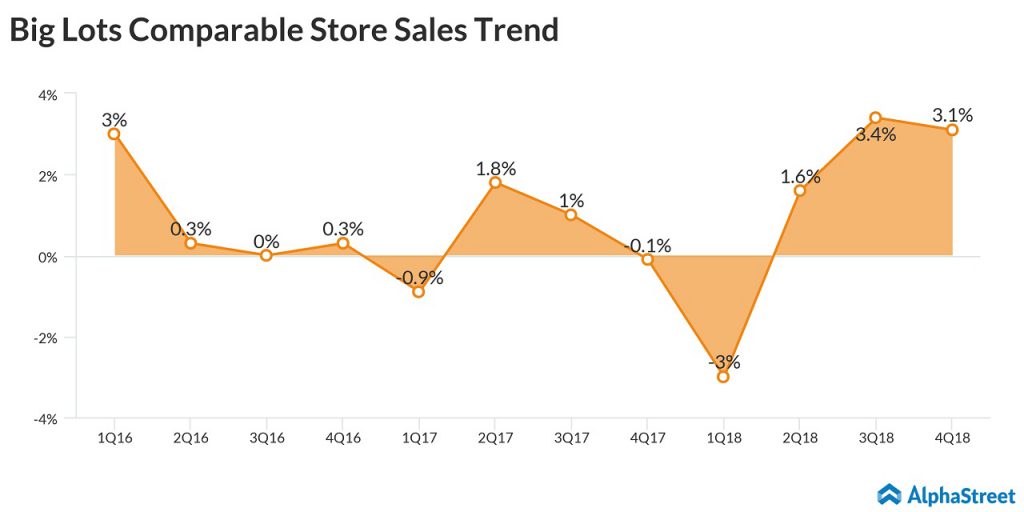 CEO Bruce Thorn said, “As mentioned on our December earnings call, we’ve engaged an industry leading consultative firm to help us take an outside in view of our business and there was significant progress and learnings achieved during the quarter.”

Big Lots projected adjusted earnings for the full year 2019 in the range of $3.55 to $3.75 per share, compared to fiscal 2018 adjusted income of $4.04 per share. The company also forecasts that comparable store sales would increase in the low single digit range during this period.

BIG shares were up over 8% during pre-market trading on Friday. The stock is yet to recover from the sharp fall it suffered after the dismal third-quarter results. In the trailing 52 weeks, the stock has lost about 34% and it is currently trading near the five-year low.

Of late though, the stock has been gathering momentum and has gained 9% since the beginning of the year.