Online travel company Booking Holdings (Nasdaq: BKNG), formerly known as Priceline, will be publishing its first-quarter earnings Thursday after the closing bell. The market’s earnings forecast is $11.26 per share for the March quarter, down 6% from $12 per share reported last year.

In the trailing quarters, the company had managed to deliver stronger than expected earnings performance, helped by the management’s marketing initiatives and efforts to improve the services. The trend reversal in the to-be-reported quarter can be attributed mainly to muted top-line growth and higher advertising and marketing costs. 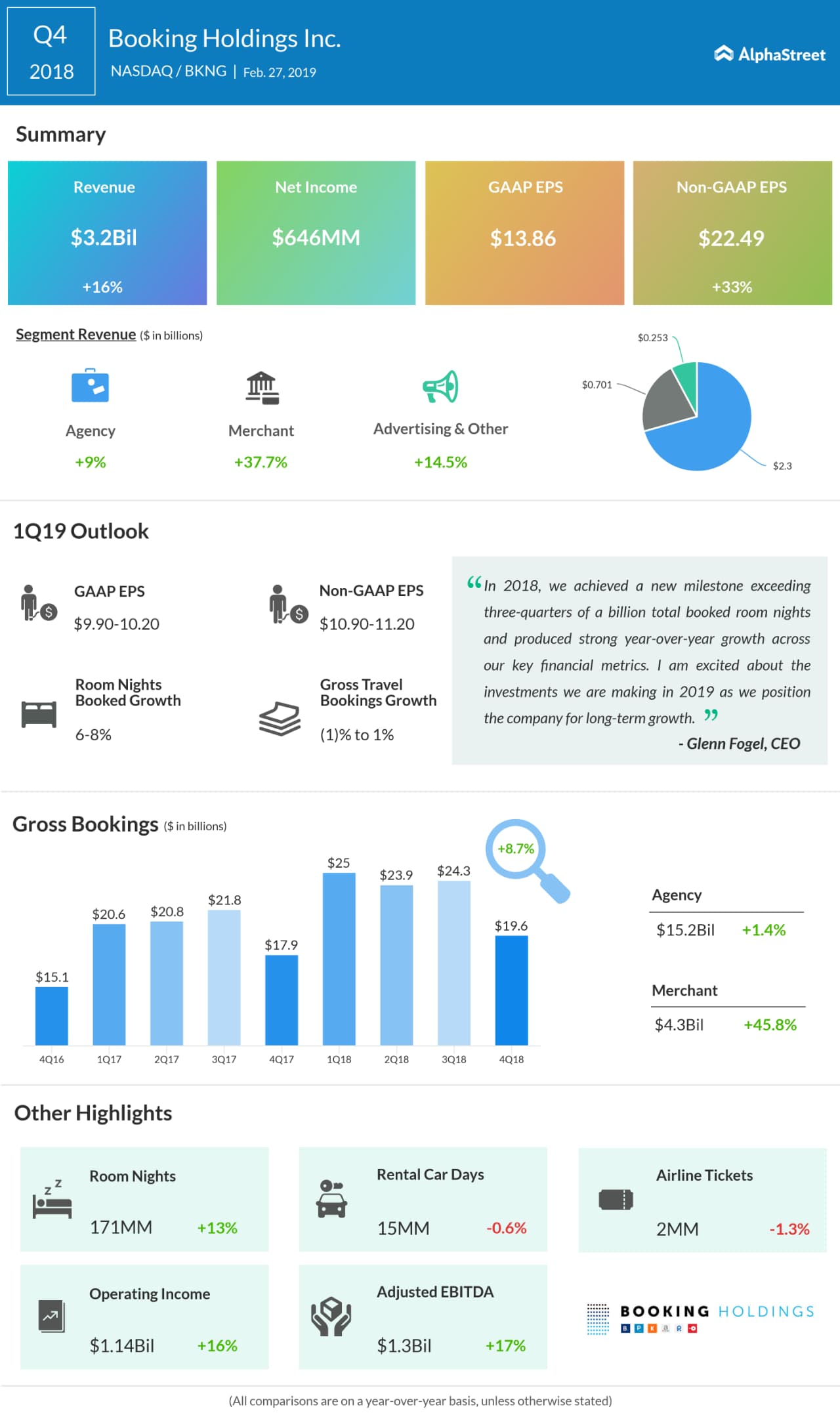 It is estimated that revenues remained broadly unchanged at $2.93 billion in the first three months of the year, with the main headwinds to growth being unfavorable currency exchange rates and adverse market conditions in Europe.

In the past, the international market accounted for most of Booking Holdings’ revenue, especially the agency business, which is expected to continue this time. There will likely be an uptick in the main business segments.

On the positive side, the hotel segment is predicted to witness further growth in room nights, with the revamped inventory and strength of the brand giving the company an edge over rivals in the overseas market. Gross bookings and ‘room nights booked are seen growing in high single digits.

For the fourth quarter, the company reported a 33% growth in earnings to $13.86 per share on revenues of $3.2 billion, which is up 16% year-over-year. The results also benefitted from a significant income tax benefit. There was a 9% annual increase in gross bookings.

While releasing the December-quarter results, the management had guided first-quarter earnings and revenues below analysts’ forecast.

Shares of Booking Holdings suffered a huge loss in February after the company issued below-consensus guidance for the first quarter, prompting analysts to downgrade ratings. After retreating from its peak more than a year ago, the stock had maintained a downtrend. However, it reversed the trend this year and gained 40% so far.