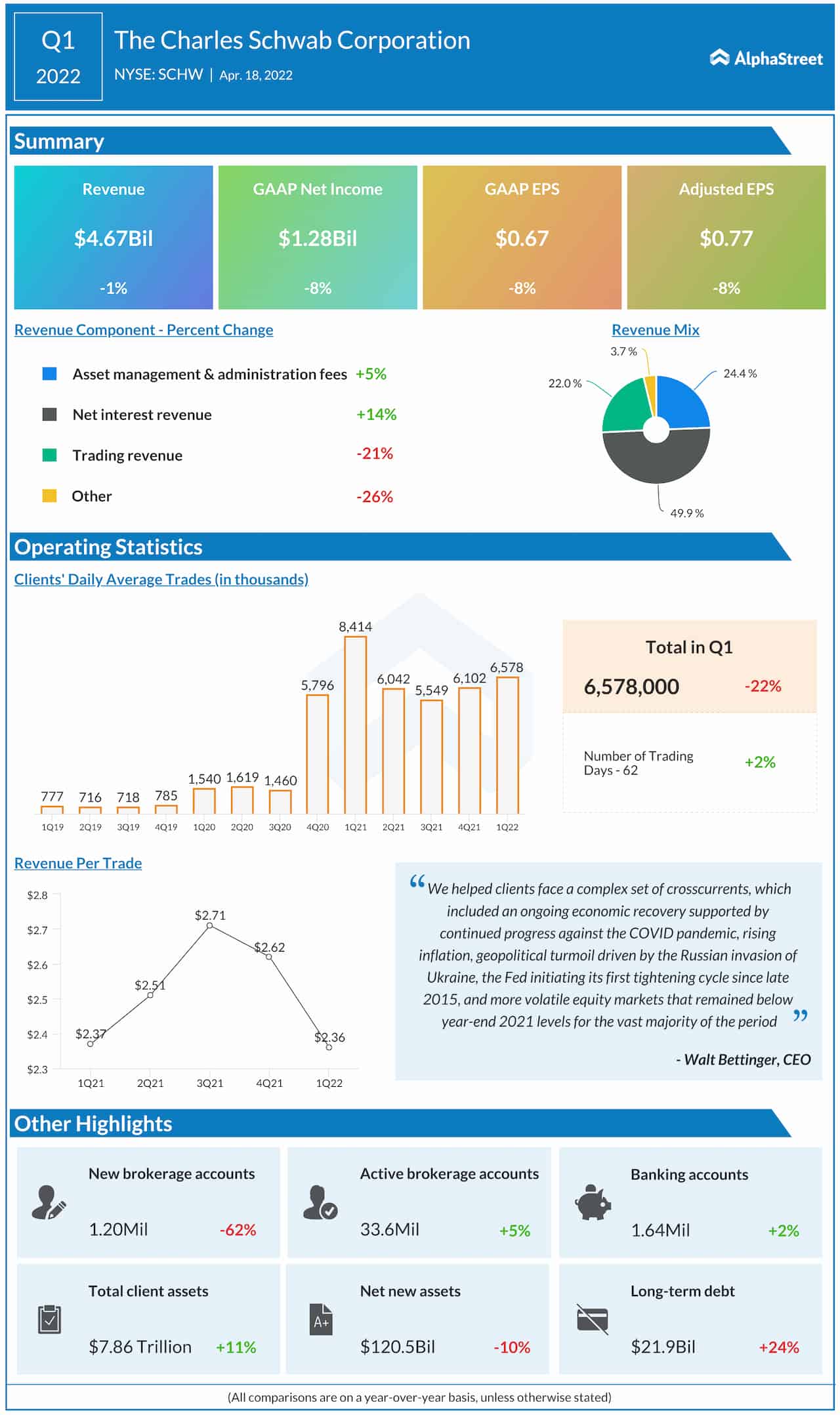 Net profit, on an adjusted basis, dropped to $0.77 per share during the quarter from $0.84 per share in the same period of last year and missed the consensus forecast. Unadjusted net income was $1.28 billion or $0.67 per share, compared to $1.48 billion or $0.73 per share last year.

Charles Schwab’s stock has gained about 28% in the past twelve months. It declined on Monday morning following the earnings release, after closing the last session Lower.