Citigroup Inc. (NYSE: C) reported a 6% increase in earnings for the third quarter of 2019 helped by the lower effective tax rate and higher revenues despite higher expenses and cost of credit. The results exceeded analysts’ expectations.

Net income increased by 6% to $4.91 billion, while earnings per share grew by 20% to $2.07 on lower average diluted shares outstanding and a decline in the effective tax rate. 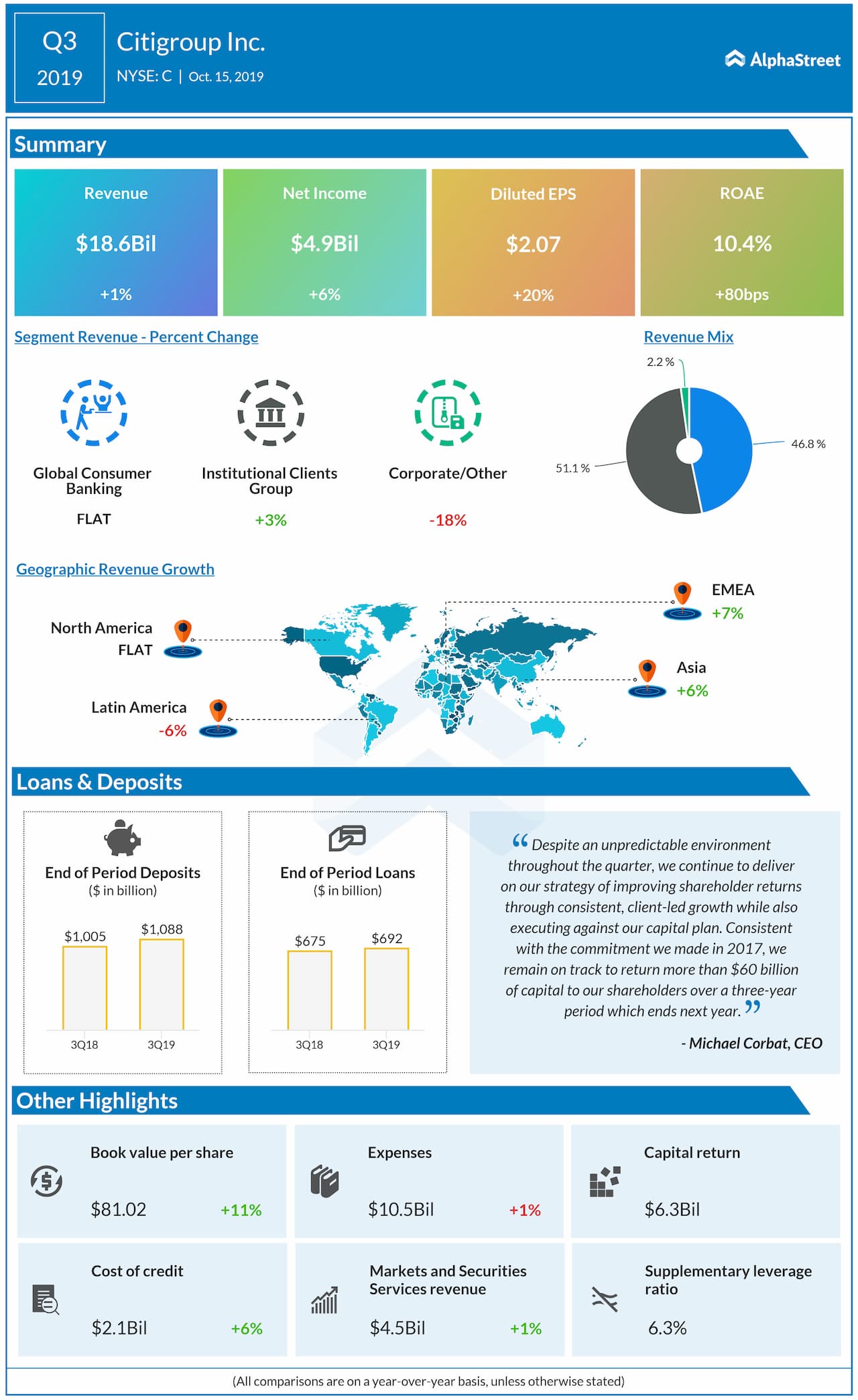 Revenue rose by 1% to $18.57 billion driven by the gain on the sale of an asset management business in Mexico in Global Consumer Banking (GCB). Excluding the gain on sale, revenues increased by 2% reflecting solid performance across both GCB and the Institutional Clients Group (ICG).

The company has been pressurized by low-interest rates. For reducing the chances of the economy slipping into recession, the Federal Reserve intends for two rate cuts during the third quarter. The corporate lending slowdown and trade war concerns hurt the company’s trading activities, which were impacted by a sluggish environment.