Costco Wholesale (COST) stock has gained moderately over the last month as it goes into reporting season. The retail chain is expected to post its fiscal 2019 second-quarter results after the closing bell on March 7.

The stock movement indicates that investors are looking for moderate gains when it reports earnings. However, the monthly gain of about 2.4% falls short of S&P500 gain of about 4.5% and the retail-wholesale sector growth of about 2.5%.

The Street expects Costco to earn $1.67 per share on revenue of about $35.6 billion. This indicates an 8% top-line growth and a 17.6% bottom-line jump from year-ago numbers. Estimates have inched a bit higher to reach these levels from that of a couple of weeks back. This also shows positivity toward the stock.

In the previously reported first quarter, Costco saw earnings jump 20% on higher store and online sales — but results missed analysts’ expectations which resulted in the stock shedding a bit shortly after the announcement.

Diluted earnings per share soared 19.3% on tax benefits related to stock-based compensation and the 2017 Tax Act. 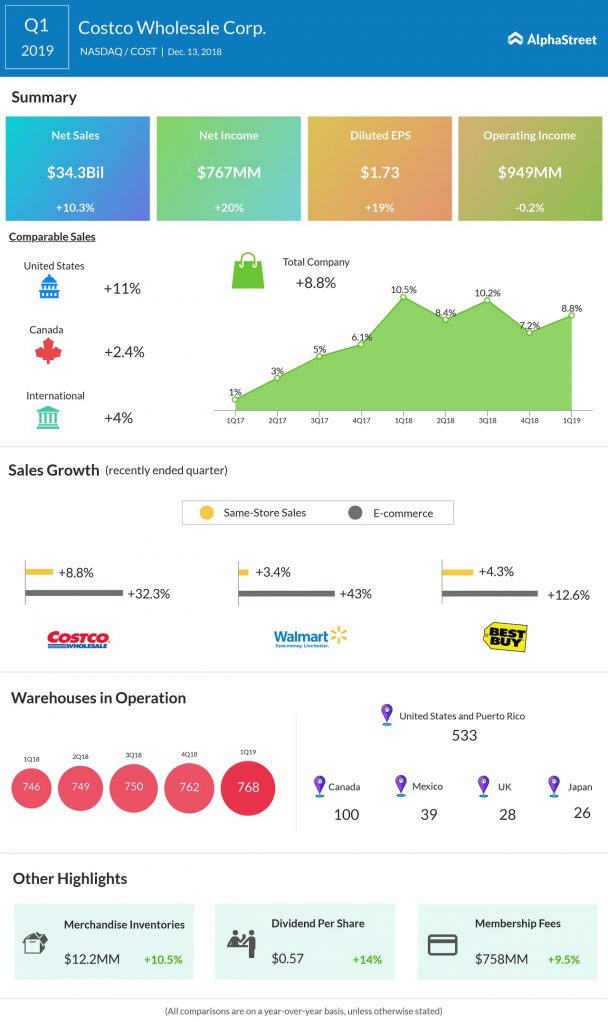 The quarterly top-line soared 10% year-over-year on a comp sales growth of 8.8%. Of the total revenue, sales climbed 10.3% and membership revenue moved up 9.5%. The United States comp sales improved by 11%.

Investors would like the growth to rise, and the latest monthly sales report indicate that, despite the expected impact of the Lunar New Year/Chinese New Year in the to-be-reported quarter.