CSX Corp (CSX) reported an 80% dip in earnings for the fourth quarter of 2018 as the previous year quarter included the impacts of restructuring and tax reform benefits. However, the results exceeded analysts’ expectations. The stock declined over 2% in the after-market session following weak outlook for 2019.

Expenses increased 9% year-over-year to $1.89 billion, or 2% when 2017 results are adjusted for the impacts of restructuring and tax reform benefits. CSX’s operating ratio set a company fourth-quarter record of 60.3% from 60.7% in the prior year or 65.1% on an adjusted basis. 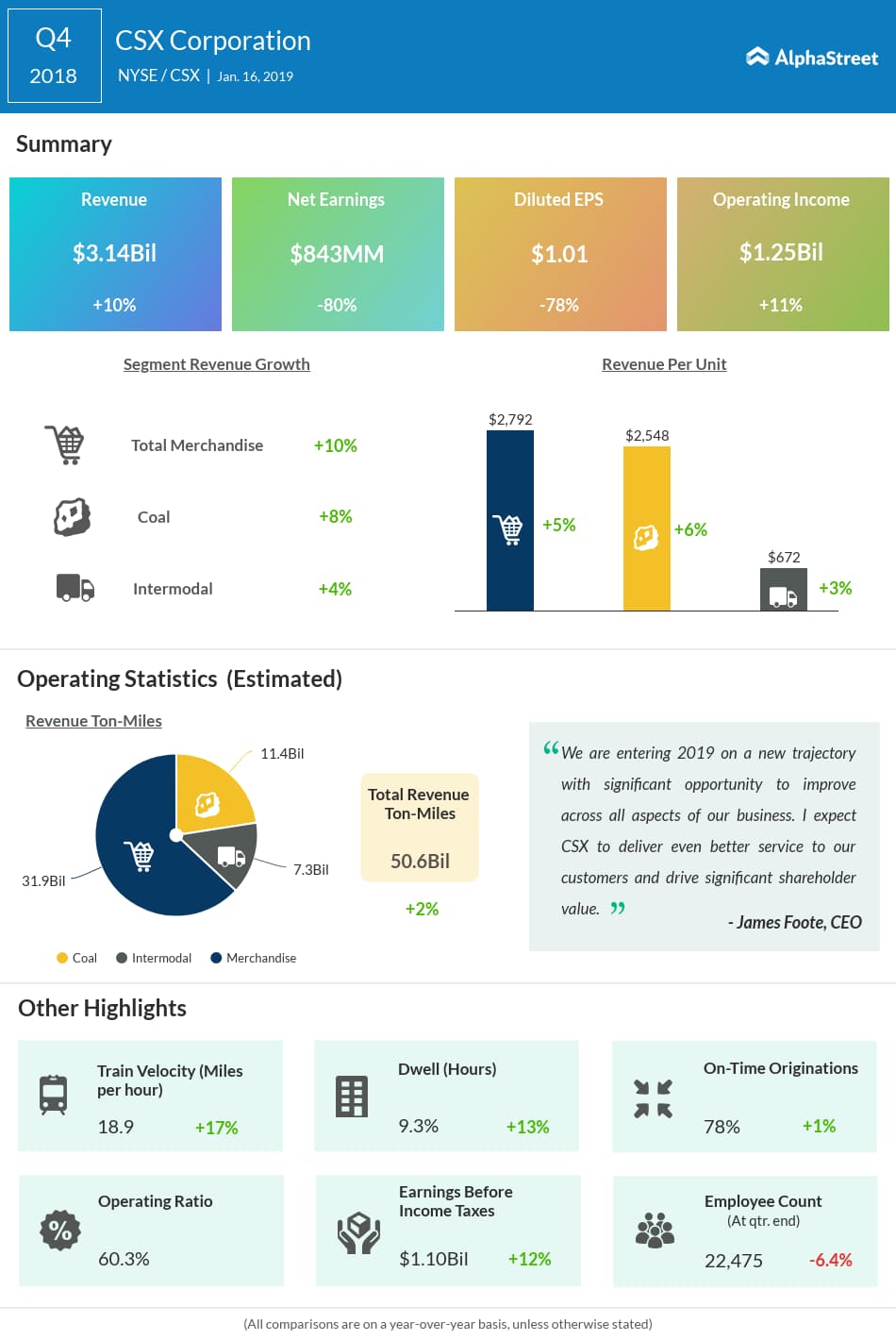 Looking ahead into the full year 2019, the company expects low single-digit revenue growth and capital expenditures in the range of $1.6 billion to $1.7 billion. Operating ratio for 2019 is predicted to outperform 2020 target of 60%. Free cash flow is trending ahead of the 3-year forecast of $8.5 billion.

The company announced the Board has authorized $5 billion in share repurchases after the early completion of the existing $5 billion authorization.

CSX’s peer Canadian Pacific (CP) is expected to announce its earnings on January 23 after the bell and the analysts view the company to post earnings of $3.15 per share. Another railroad operator Kansas City Southern (KSU) is expected to post EPS of $1.56 when it reports the quarterly results on Friday.

Shares of CSX ended Wednesday’s regular session up 0.41% at $65.38 on the NYSE. The stock has risen over 12% in the past year while it has fallen over 9% in the past three months.