Earnings calendar for the week of June 14

Latest economic data evoked mixed sentiment this week — the rebound in economic activity has raised inflation concerns while jobless claims declined for the sixth week in a row. The benchmark S&P 500 index moved up to 4,246.34 on Thursday, setting a new record. The Dow Jones Industrial Average recovered from the recent dip but closed the last session down.

Semiconductor firm Xilinx, which is all set to join the AMD fold later this year under a $35-billion buyout deal, bought software tools provider Silexica for an undisclosed amount this week. In another deal involving semiconductor firms, Nvidia clinched a deal to buy tech startup DeepMap, which provides high-definition maps for autonomous vehicles.

Steel company Nucor Corporation has agreed to purchase the insulated metal panel business of Cornerstone Building Brands for about $1 billion. Meanwhile, there were unconfirmed reports that chipmaker Intel is in advanced talks with fabless semiconductor firm SiFive, to acquire the Arm-rival for about $2 billion.

Stitch Fix is probably the only major company to have reported on the first day of the week, posting a third-quarter loss that narrowed amid improved sales. On Wednesday, snack maker Campbell Soup Company disappointed its stakeholders with lower third-quarter profit and sales. In the after-hours, video game company GameStop, which has been the talk of the town for the unprecedented stock rally, reported rather unimpressive results for its most recent quarter.

With only a few major companies remaining to report this season, there will be fewer earnings events in the coming week. Tax solutions provider H&R Block and software giant Oracle will be unveiling their fourth-quarter numbers on June 15 after the market’s close.

Real estate company Lennar Corp. is scheduled to report the next day. But, the most closely followed event would be Adobe’s second-quarter report, which is expected on July 17. The same day, grocery chain Kroger Corp. is also slated to report earnings. 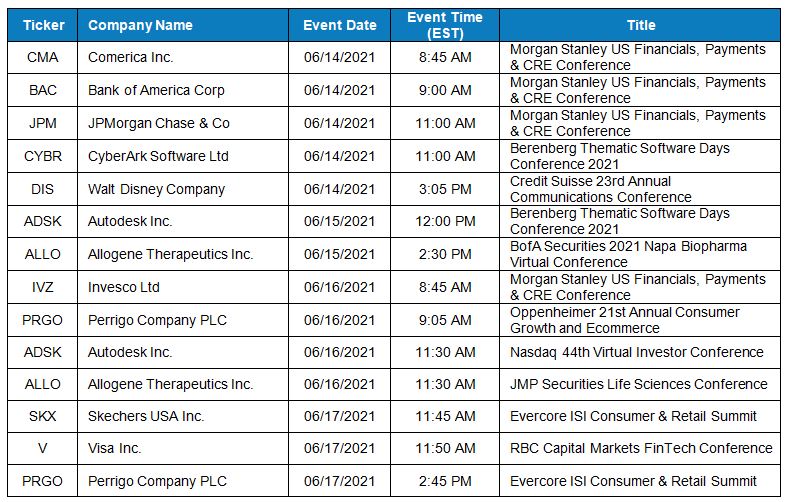 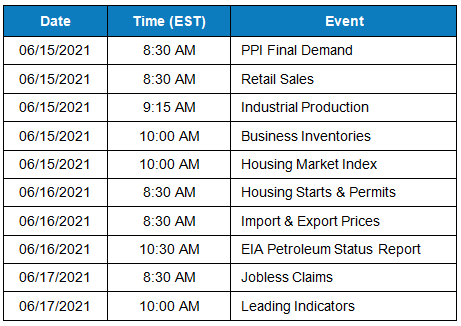