Earnings: DSW shares tumble as the retailer swings to loss in Q4 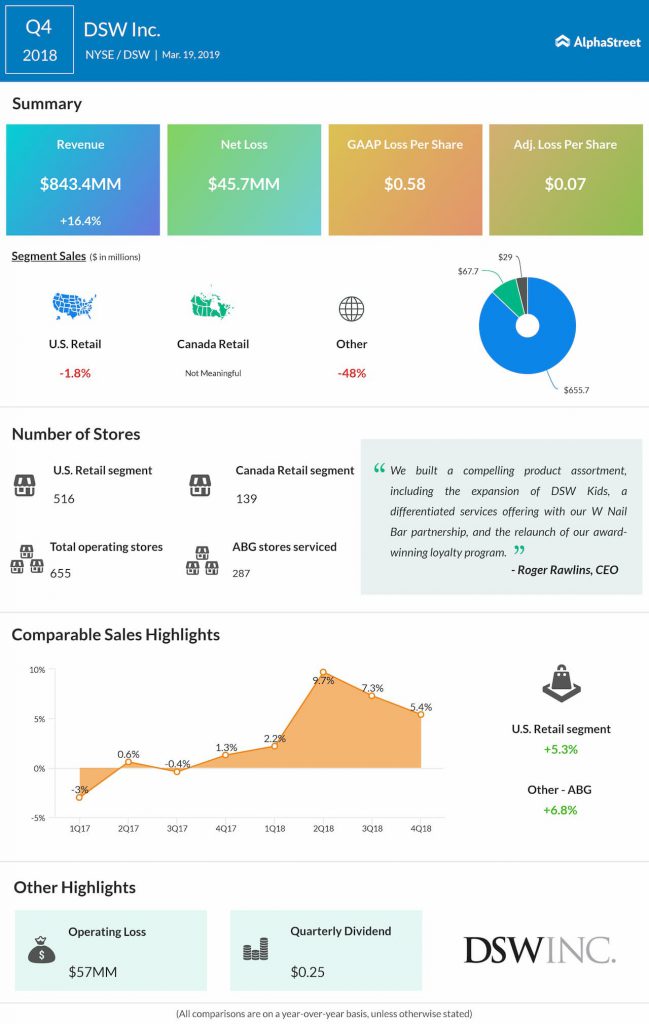 DSW shares fell over 7% during pre-market trading immediately following the announcement. The stock has gained 16% in the trailing 52 weeks.

CEO Roger Rawlins said, “Fiscal 2018 was one of the best years in our company’s history from a comparable sales and earnings growth standpoint. We crossed the $3 billion revenue threshold for the first time and drove a +6% increase in comparable sales as we strengthened connections with our customers.

The Columbus, Ohio-based retailer also abstained from giving a quarterly or full year-guidance.

Earlier this month, shares of rival Foot Locker (FL) jumped 13% after beating the market estimates on both the top and bottom line in Q4. Comparable-store sales rose by 9.7%. Nike (NKE) will be publishing its third-quarter earnings on March 21 after the regular trading hours.