Foot Locker Inc. (FL) surpassed market estimates on both revenue and earnings for the fourth quarter of 2018, sending the stock soaring over 13% in premarket hours on Friday. 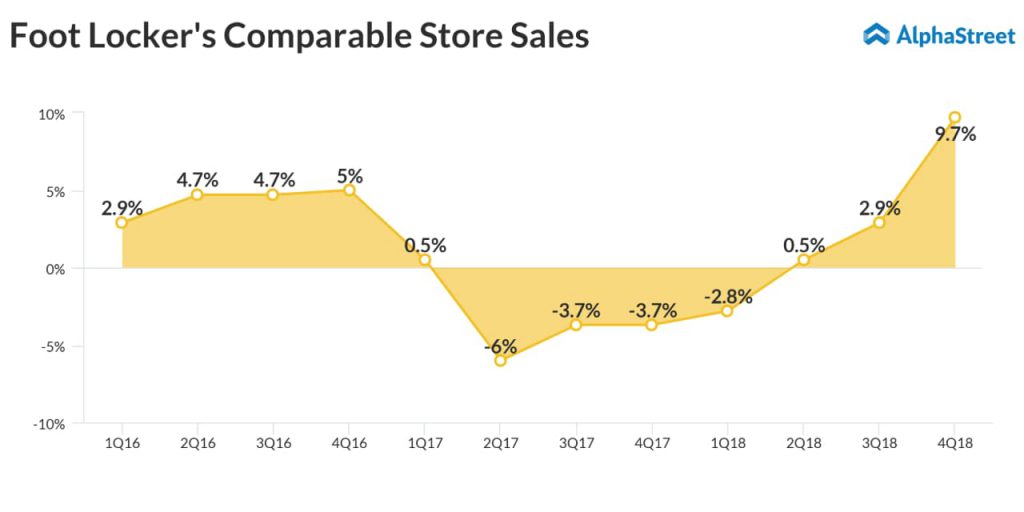 At February 2, 2019, merchandise inventories were $1.26 billion, down 0.7% from the same period last year. On a constant-currency basis, inventory increased 1.3%.

During the fourth quarter, Foot Locker opened 11 new stores, remodeled or relocated 33 stores and closed 56 stores. As of February 2, 2019, the company operated 3,221 stores in 27 countries.

Last month, Foot Locker announced its capital allocation plans for 2019. These include a 10% increase in dividend, a new $1.2 billion share repurchase program and a $275 million capital expenditure program. The capital spending reflects increased investments in the company’s store fleet and its digital initiatives.