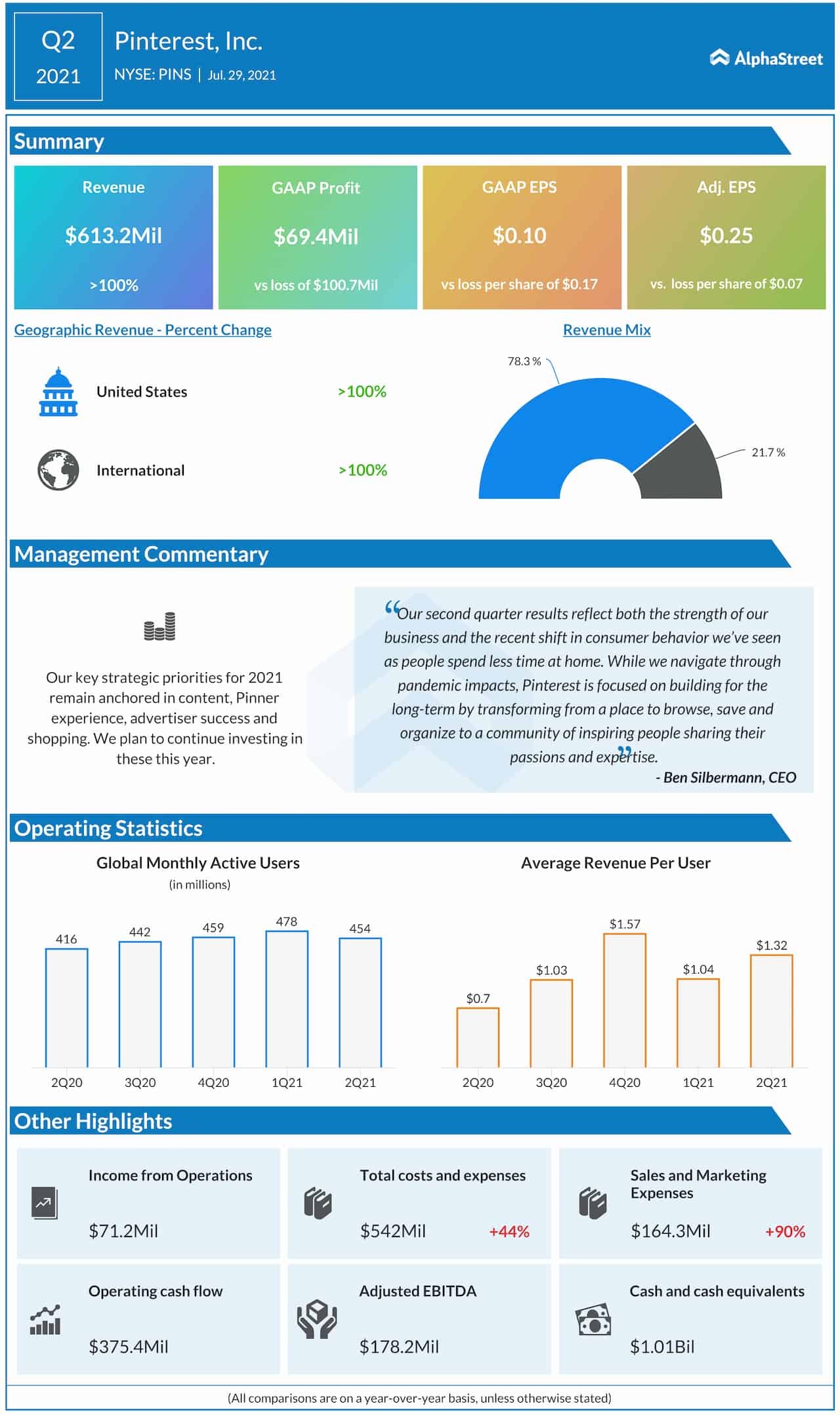 The Silicon Valley-based social media firm posted earnings of $0.25 per share for the second quarter, on an adjusted basis, compared to a loss of $0.07 per share in the year-ago period. Experts had predicted a smaller bottom-line number for the most recent quarter.

On an unadjusted basis, the company reported a net income of $69.4 million, compared to a loss of $100.7 million in the second quarter of 2020. The improvement was the result of a 125% growth in revenues to $613 million, which exceeded the consensus forecast.

Pinterest’s stock has experienced significant volatility since the beginning of the year. It closed Thursday’s trading lower and continued to lose during the extended session, immediately after the announcement.