Maker of branded apparel, VF Corp (VFC), is scheduled to report third-quarter results on Friday, January 18. Analysts expect the company to report earnings of $1.09 per share on revenue of $3.87 billion. Notably, the company has beaten street consensus in three out of last four quarters.

In August, the company had announced that it was spinning off its jeans business – Lee and Wrangler – as a separate company, reportedly called  Kontoor Brands. The rest of the brand portfolio – The North Face, Vans and Timberland – would stay with VF Corporation. 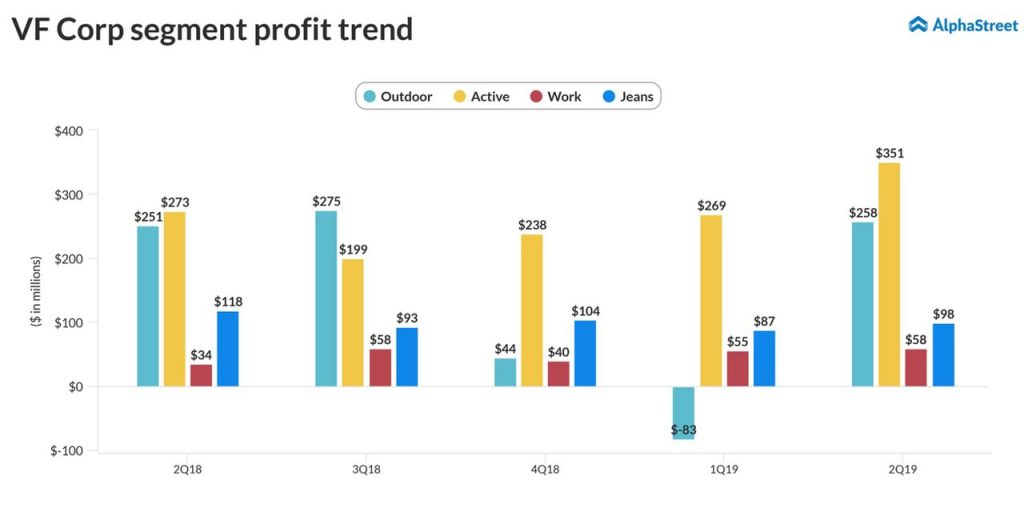 At the time of announcing the spin-off, the management had stated that they were splitting the company to focus on their individual growth strategies.  Though the spin-off would be completed only in the current quarter, management comments on their outlook should give hints on to what extent investors would benefit.

Meanwhile, the fact that the company raised its guidance for 2019 earnings and sales in the last reported gives some confidence going into the Q3 results. Some analysts also expect VF Corp to get better ratings once the spin-off is completed.

In the prior sequential quarter, the top line was primarily driven by Vans and The North Face. There was also the welcoming sign of Work and Active segments gaining more strength.

The company also showed consistent growth outside the US, with international sales making up almost 43% of total sales. This should continue into the third quarter, lest currency fluctuations play spoilsport. VF Corp’s digital push, as well as partnerships with e-commerce firms, add more value to the stock ahead of earnings.

On the other hand, a weak wholesale business continues to be an area that requires immediate attention.

VF Corp, which is currently trading near its 52-week low, has a 12-month average price target of $93.77, representing a 30% upside from the last close. Ten out of 14 analysts covering the stock has Buy rating.