Electronic Arts swings to profit in Q3 but misses estimates

Electronic Arts Inc. (EA) swung to profit in the third quarter from a loss last year, helped by the continued growth in the video game industry. The results were benefited by lower income tax provision as well as lower costs and expenses. The results missed analysts’ expectations. Following this, the stock inched down over 16% in the after-market session.

Net income was $262 million or $0.86 per share compared to a loss of $186 million or $0.60 per share in the previous year quarter. During the three months ended December 31, 2017, EA recognized $176 million of incremental income tax expense, or about $0.57 per share, due to the application of the Tax Cuts and Jobs Act.

Looking ahead into the fourth quarter, the company expects net revenue to be about $1.163 billion and net bookings of about $1.17 billion. Net income is predicted to be about $170 million or $0.56 per share. 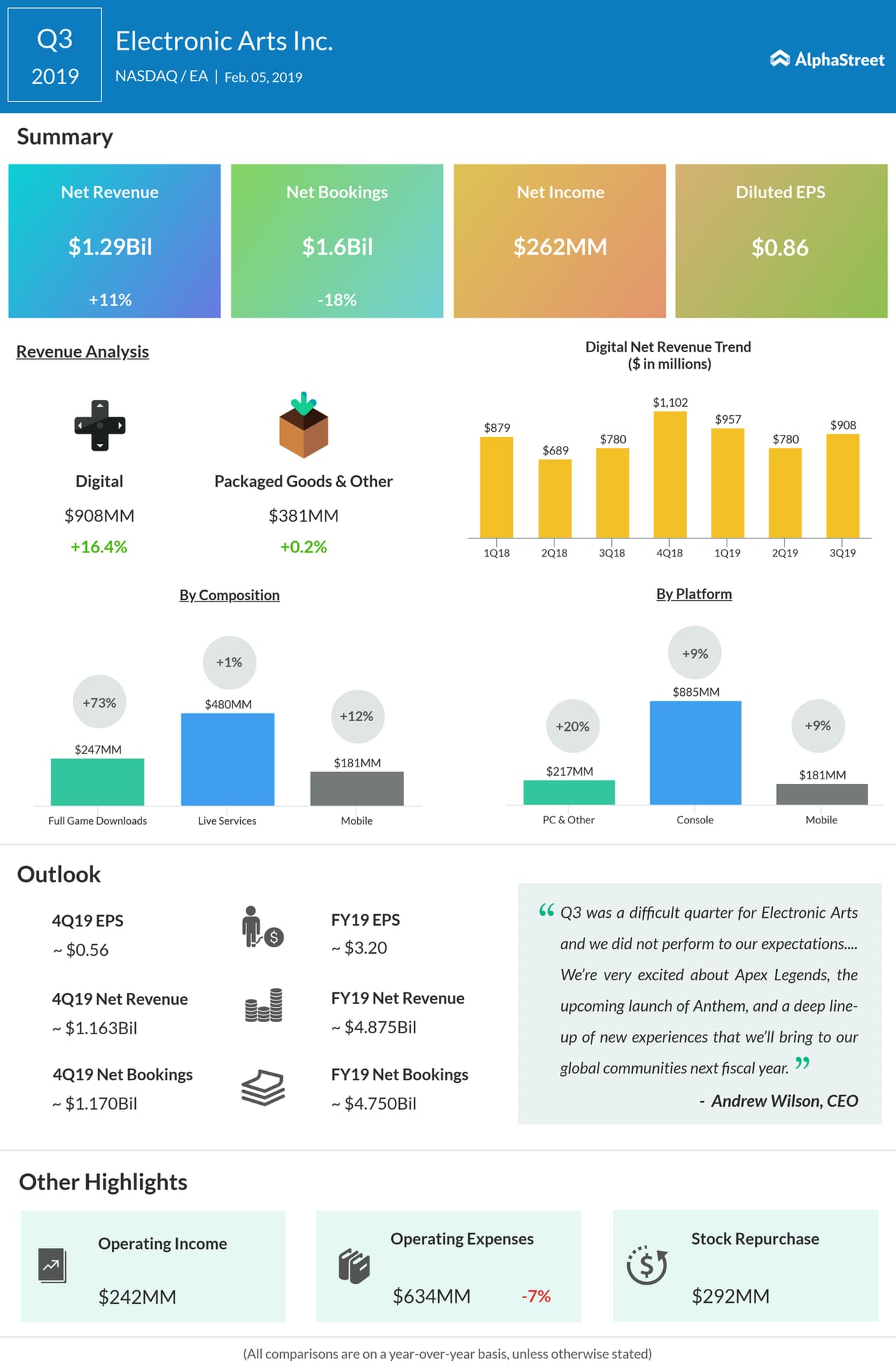 During the quarter, the company launched Battlefield V and Command & Conquer Rivals. On February 4, 2019, Electronic Arts launched Apex Legends, a new battle royale experience from Respawn. During the quarter, FIFA Ultimate Team matches played increased 15% year-over-year. During calendar 2018, as claimed by the company, FIFA 19 was the highest-selling console game in Europe.

As earlier expected, EA derived most of its business from the digital segment with the soccer title FIFA remaining as the major growth driver. The company’s biggest loss in the quarter was the unexpected delay in its highly-anticipated title Battlefield V. This lead to the game losing holiday business to Activision (ATVI) for its Call of Duty: Black Ops 4 and Take-Two Interactive (TTWO) for its hit Red Dead Redemption 2.

Shares of Electronic Arts ended Tuesday’s regular session up 4.63% at $92.52 on the Nasdaq. The stock has fallen over 23% in the past year while it has risen over 9% in the past month.