Supported by a marked increase in loans, earnings of Fifth Third Bancorp (Nasdaq: FITB) increased and exceeded the market’s prediction in the first quarter. The bank’s stock gained about 2% early Tuesday following the announcement.

The Cincinnati, Ohio-based financial services provider reported adjusted earnings of $0.63 per share for the March quarter, up from $0.57 in the year-ago quarter and above Wall Street’s forecast.  Net income available to common shareholders climbed to $760 million or $1.12 per share from $686 million or $0.96 per share in the first quarter of 2018. 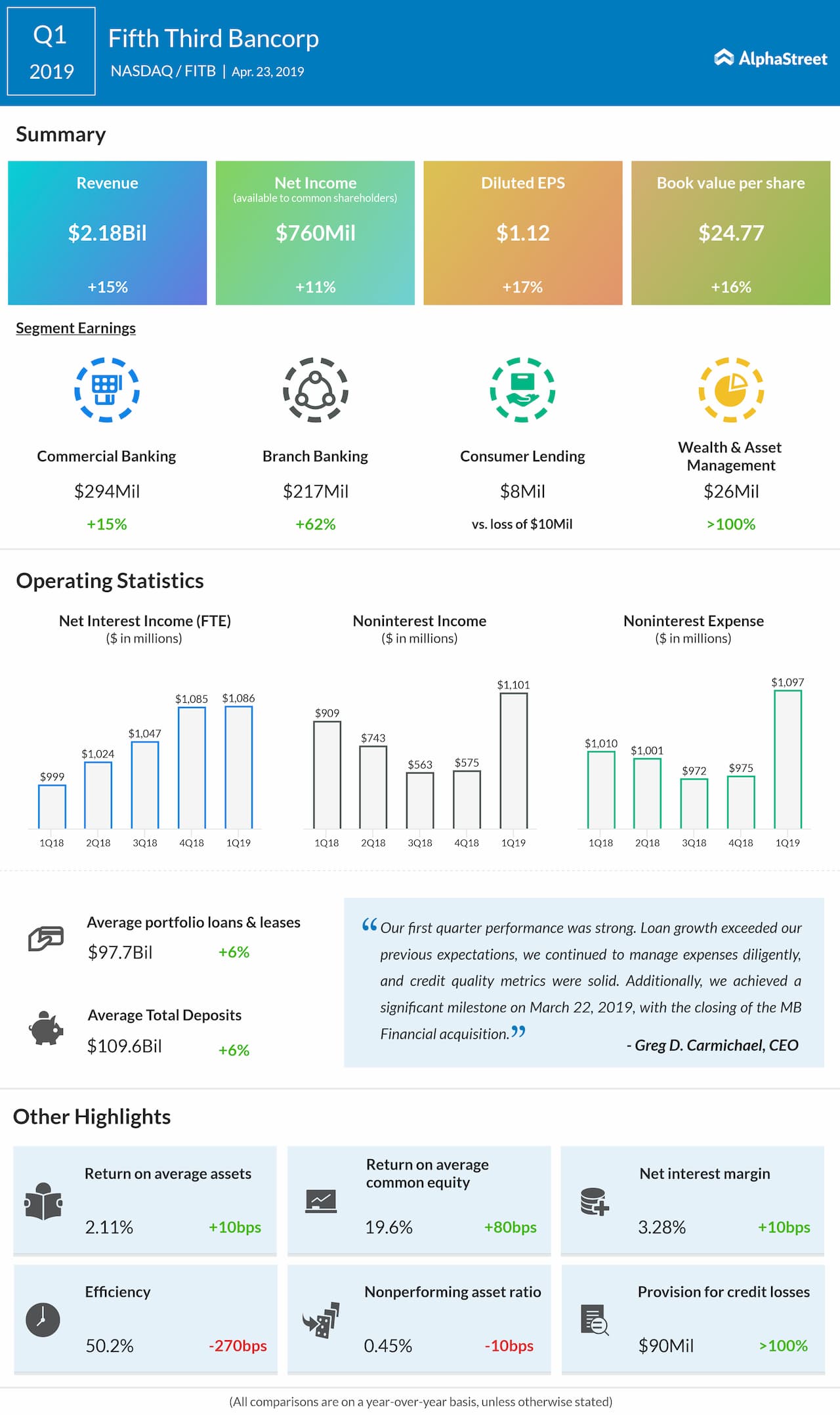 Core deposits, on average, increased 5% year-over-year during the three-month period. Average loans advanced 6% to $97.8 billion, on the back of higher demand for commercial, industrial and consumer credit. The overall results also benefitted from the improved credit quality and the management’s initiatives to reduce expenses.

Average loans advanced 6% during the quarter on the back of higher demand for commercial, industrial and consumer credit

“With a strong start to the year, we now look forward to leveraging the enhanced capabilities of our company and expect to achieve our previously stated financial synergies from the transaction, which will meaningfully improve our key profitability metrics,” said CEO Greg Carmichael.

During the quarter, the bank closed the previously announced acquisition of Illinois-based financial services provider MB Financial. It expects to convert the majority of the systems by next month as part of the integration. The first-quarter results include expenses related to the transaction.

During the quarter, Fifth Third Bank exited its stake in publicly traded companies Worldpay Holdings and GreenSky Holdings and expects to recognize a pre-tax gain from the sale of the shares in the second quarter.

Shares of Fifth Third Bancorp traded higher during Tuesday’s early trading hours. The stock gained 14% since the beginning of 2019 and declined 19% in the past twelve months.