Earnings Preview: FireEye’s Q1 results to be in line with expectations despite headwinds

As the transition continues, the company’s top line might be impacted from muted growth recorded from the products front since it contributed 60% to the top line last year. In addition, FireEye already alerted investors last quarter that it would not see any deals greater than $10 million in the first quarter 2019 which might make further dent sales growth compared to last year where it won few big deals.

Amidst this backdrop, FireEye is reporting its first quarter results tomorrow after the bell. The street is anticipating revenue to grow by 5.6% to $210.2 million and loss of 3 cents for the Q1 period. Last year, the cyber security firm reported sales of $199 million and 4 cents loss per share.

Billings: FireEye saw double-digit growth in billings of 12% last year. Last quarter, the company added 354 clients and out of that 60 were $1 million clients. In addition, the average contract length, excluding $10 million deals, improved to 25.7 months over 24.5 months reported last year. The improvement in contract length is a good sign for investors as it would bring in stable recurring revenues and improved consumer stickiness.

Last quarter, sales improved 6% to $218 million backed by double-digit growth in billings and earnings surpassed estimates by a cent at $0.06 per share. Subscriptions grew 4.6% while professional services improved 11% in the quarter. 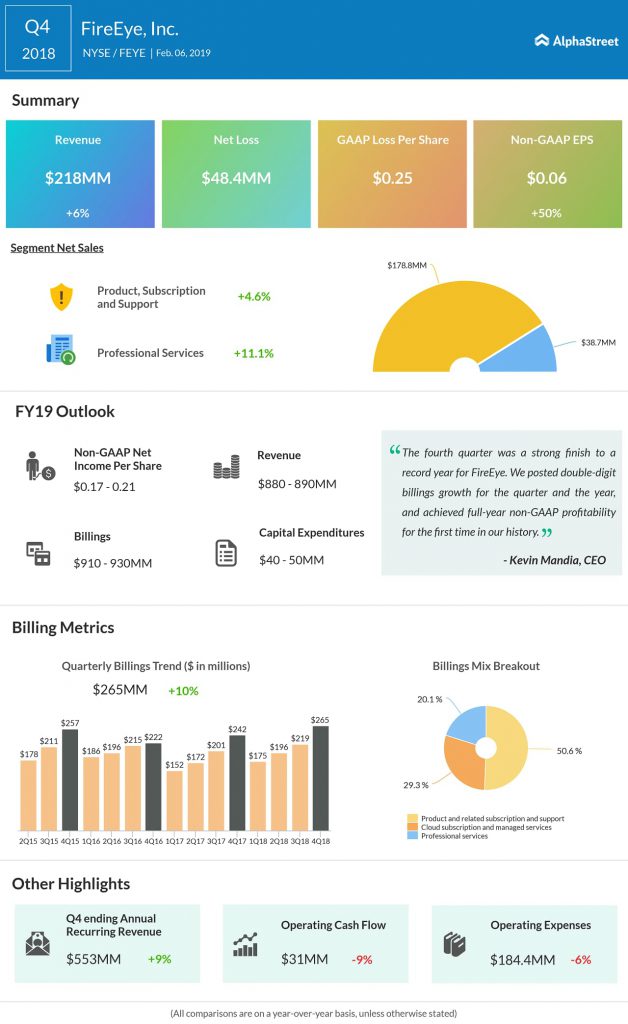