Less than a week after agreeing to be acquired by Alphabet’s (NASDAQ: GOOG) Google, Fitbit (NYSE: FIT) reported a net loss for the third quarter, on an adjusted basis, as the wearables maker’s revenues declined amid growing competition. Revenues, meanwhile, topped Walls Street’s expectation. 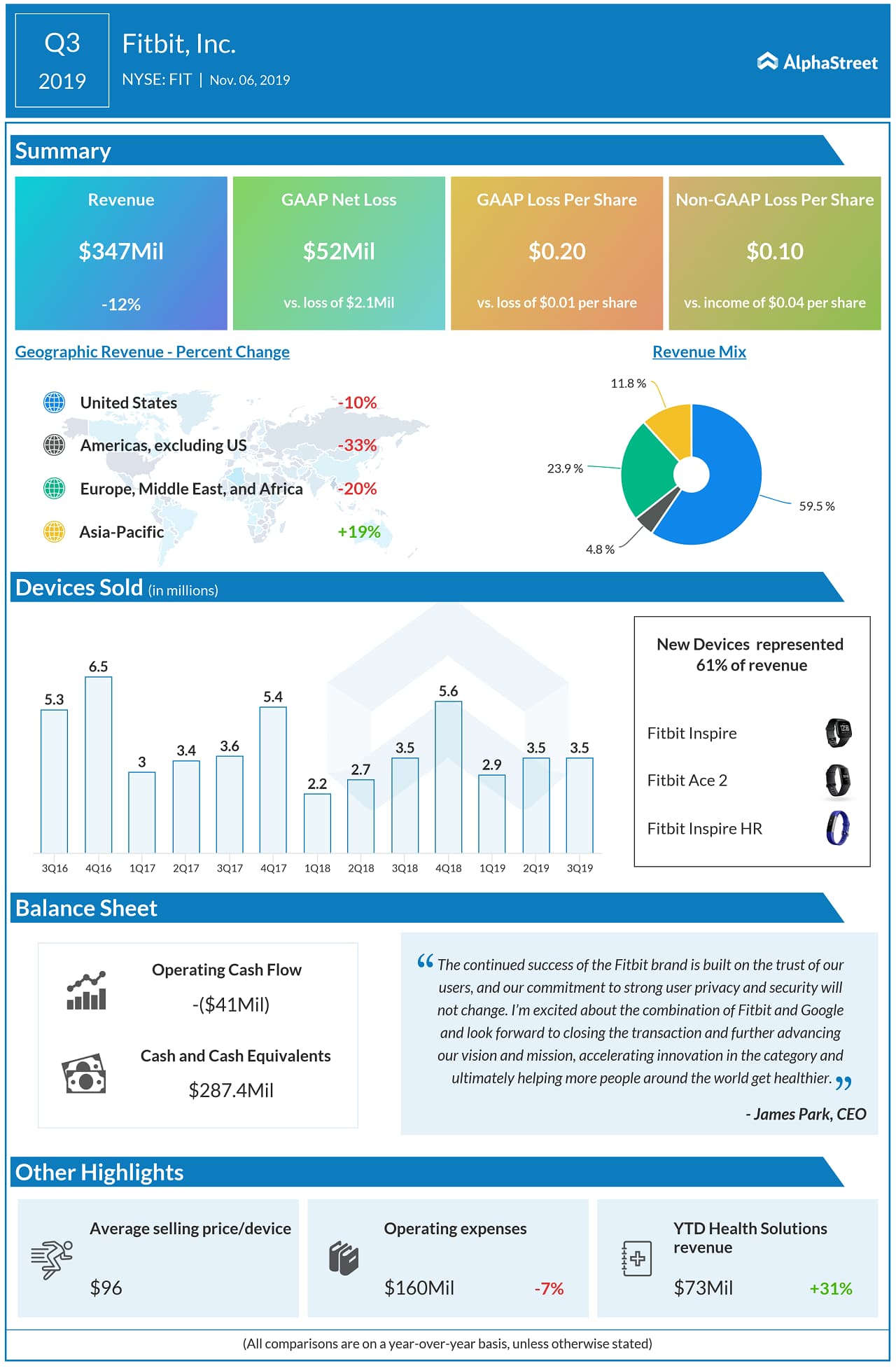 The deterioration reflects a 12% decline in revenues to $347.2 million, which is slightly above the consensus estimate. Around 3.5 million devices were sold during the quarter, unchanged from last year. The top-line was hurt manly by unfavorable pricing.

Smartwatch revenue increased year-over-year, while tracker revenue declined. There was a 10% growth in Fitbit Health Solutions revenue. The number of active users at the end of the period was up 9% from last year.

James Park, CEO of Fitbit, said, “The continued success of the Fitbit brand is built on the trust of our users, and our commitment to strong user privacy and security will not change. I’m excited about the combination of Fitbit and Google and look forward to closing the transaction and further advancing our vision and mission, accelerating innovation in the category and ultimately helping more people around the world get healthier .”

The company managed to limit the impact of unfavorable market conditions on its performance by shifting the business towards the faster-growing smartwatch category, with the introduction of Versa 2, and by expanding Fitbit Health Solutions.

Last week, the company entered into a definitive agreement to be acquired by Google in an all-cash deal that values it at $2.1 billion. The stockholders will receive $7.35 per share in cash upon the closing of the transaction,which is expected in 2020. The management will not be hosting a conference call due to the pending acquisition.

Shares of Fitbit gained steadily after slipping to an all-time low earlier this year. The stock moved up 26% since the beginning of 2019 and closed Wednesday’s regular session lower.