General Motors (NYSE: GM) reported a 105% jump in earnings for the first quarter of 2019 helped by lower costs and expenses despite a 3.4% drop in the top line. The bottom line exceeded analysts’ expectations while the top line missed consensus estimates. The company reaffirmed its earnings guidance for the full year 2019.

Total revenue declined by 3.4% to $34.88 billion. The results were factored by the weak demand for passenger vehicles. However, the general macro environment remains favorable for the auto industry, such as the improving economy and strong labor market. 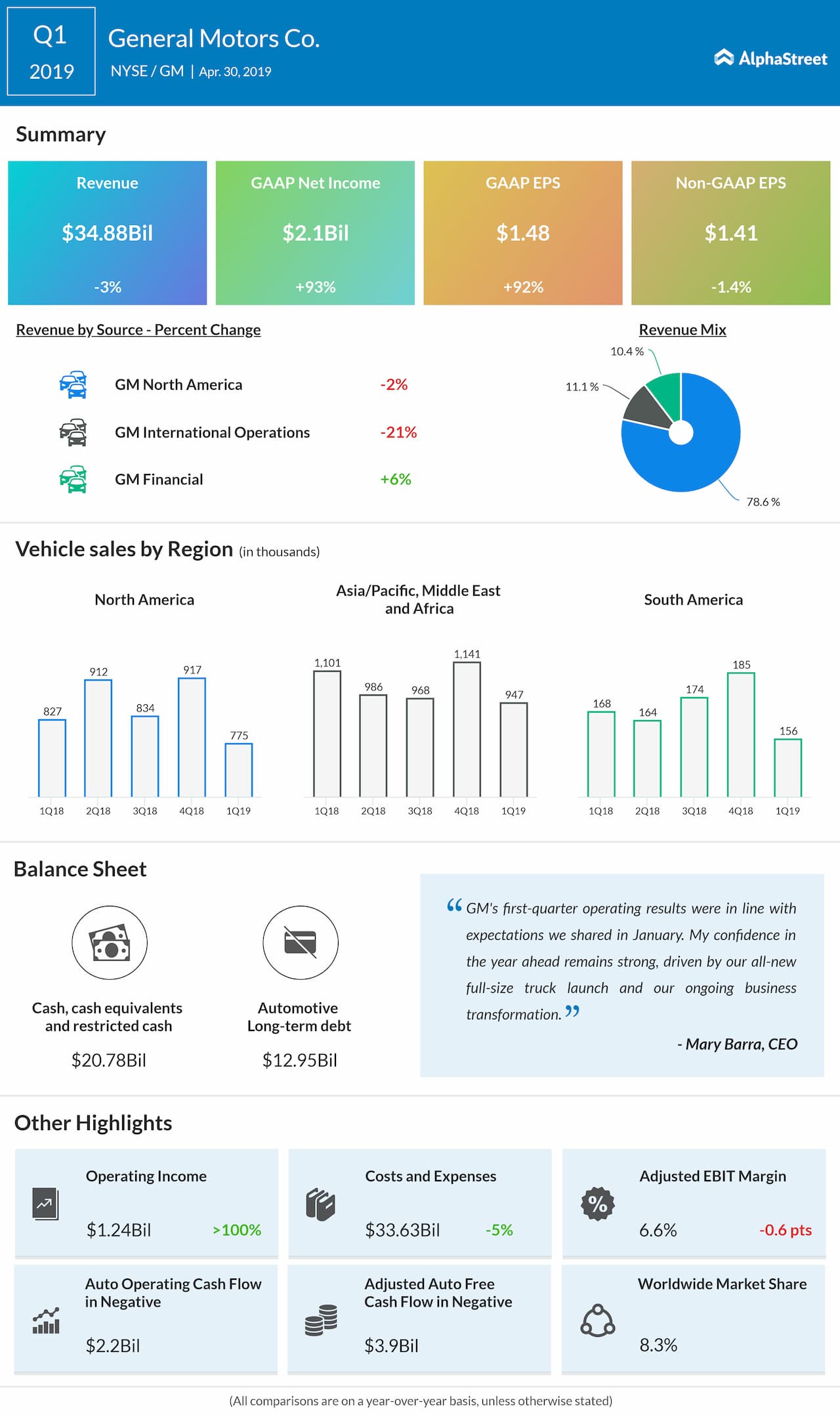 The results were hurt by the planned full-size SUV downtime and expected lower China equity income. This was partially offset by strong truck performance and revaluation of its Lyft investment.

The sales of 2019 Chevrolet Silverado and GMC Sierra light-duty crew cabs were up 20%, delivering on GM’s strategy to launch high-content, high-margin trucks first. The 2019 GMC Sierra leads the segment in pricing, with more than 95% of its sales in high-end models. Full production of regular and double cabs began in March, as planned.

The company starts the next phase of its full-size pickup truck launch in the second half of the year with the 2020 Chevrolet Silverado HD and GMC Sierra HD. These vehicles will be built at Flint Assembly, where 1,000 jobs were added and capacity increased to meet expected customer demand.

The all-new three-row Cadillac XT6 crossover, revealed earlier this year, will also be assembled in the US, launching later in 2019. In the first quarter, Chevrolet launched Monza and revealed the first model from the company’s new global family of vehicles, the Chevrolet Onix in China.

In April, the Baojun RS-5 went on sale, and the Chevrolet Tracker and Trailblazer SUVs, Buick Encore and Encore GX SUVs, and Cadillac XT6 SUV were revealed at Auto Shanghai 2019. Buick recently launched its first all-electric vehicle, the VElite 6, which will further enable the company to capitalize on the rapidly growing demand for new energy vehicles.

Following the earnings release, shares of General Motors opened lower on Tuesday and is trading in the red territory. The stock has risen over 3% in the past year and over 14% in the year so far.