JinkoSolar Holdings Co. (NYSE: JKS) has reported a sharp increase in revenues for the second quarter of 2022, aided by continued uptick in demand and strong shipments. 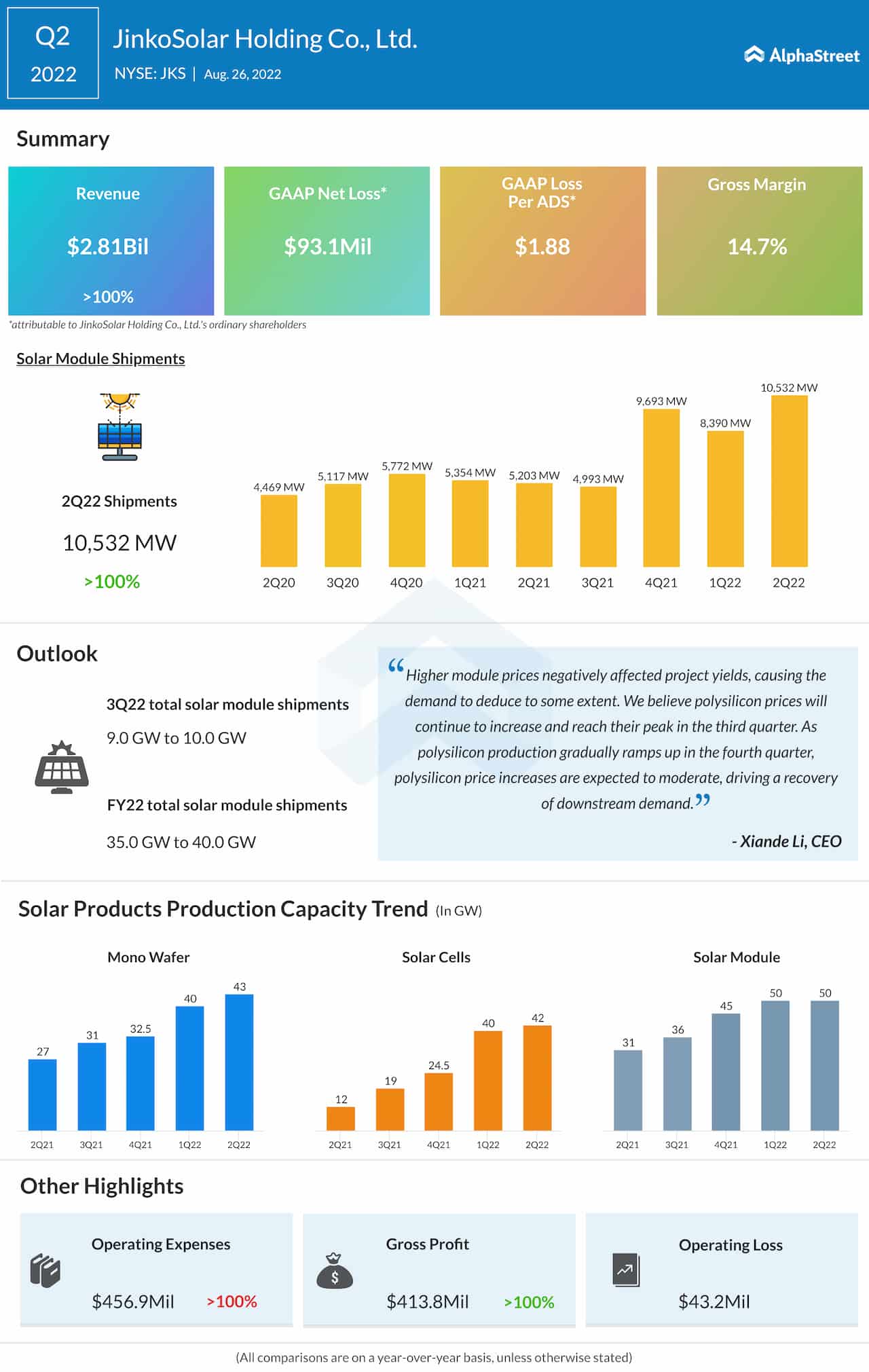 On an unadjusted basis, it was a net loss of $93.1 million or $1.88 per share, which reflects higher operating expenses and the impact of supply chain issues. During the quarter, total solar module shipments more than doubled to 10,532 MW. The management also provided guidance for the third quarter and confirmed its earlier outlook for fiscal 2022.