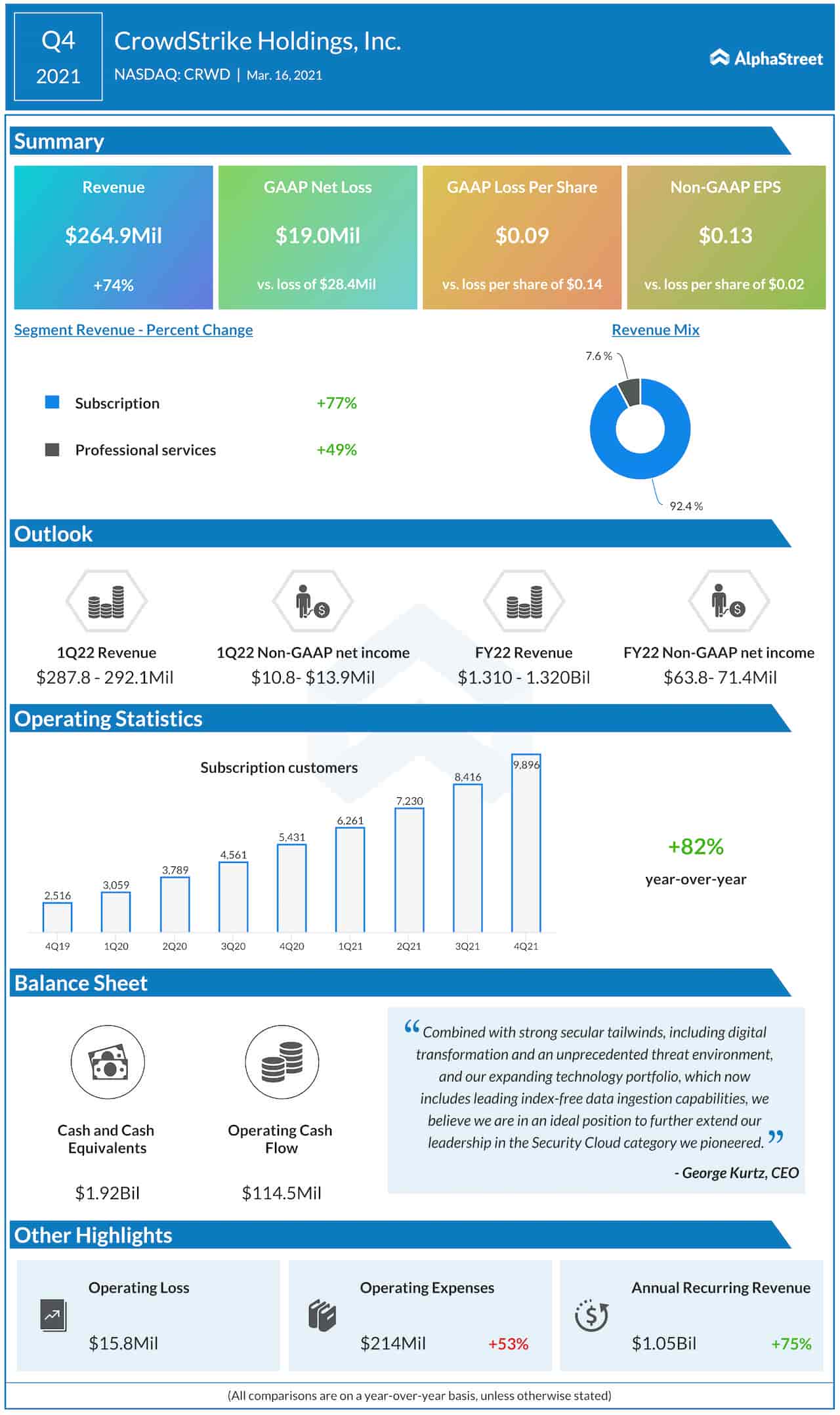 The positive bottom-line performance was driven by a 74% growth in revenues to $265 million, exceeding the Street view. At $245 million, subscription revenue was up 77%.

CrowdStrike’s market value increased four-fold in the past twelve months, continuing the uptrend that started after last year’s IPO. The stock closed Tuesday’s regular session lower but gained in the after-hours following the announcement.