Virgin Galactic Holdings (NYSE: SPCE) has reported financial results for the fourth quarter of 2021. The space tourism company generated revenues of $141,000 during the three-month period, which is above the consensus estimates. 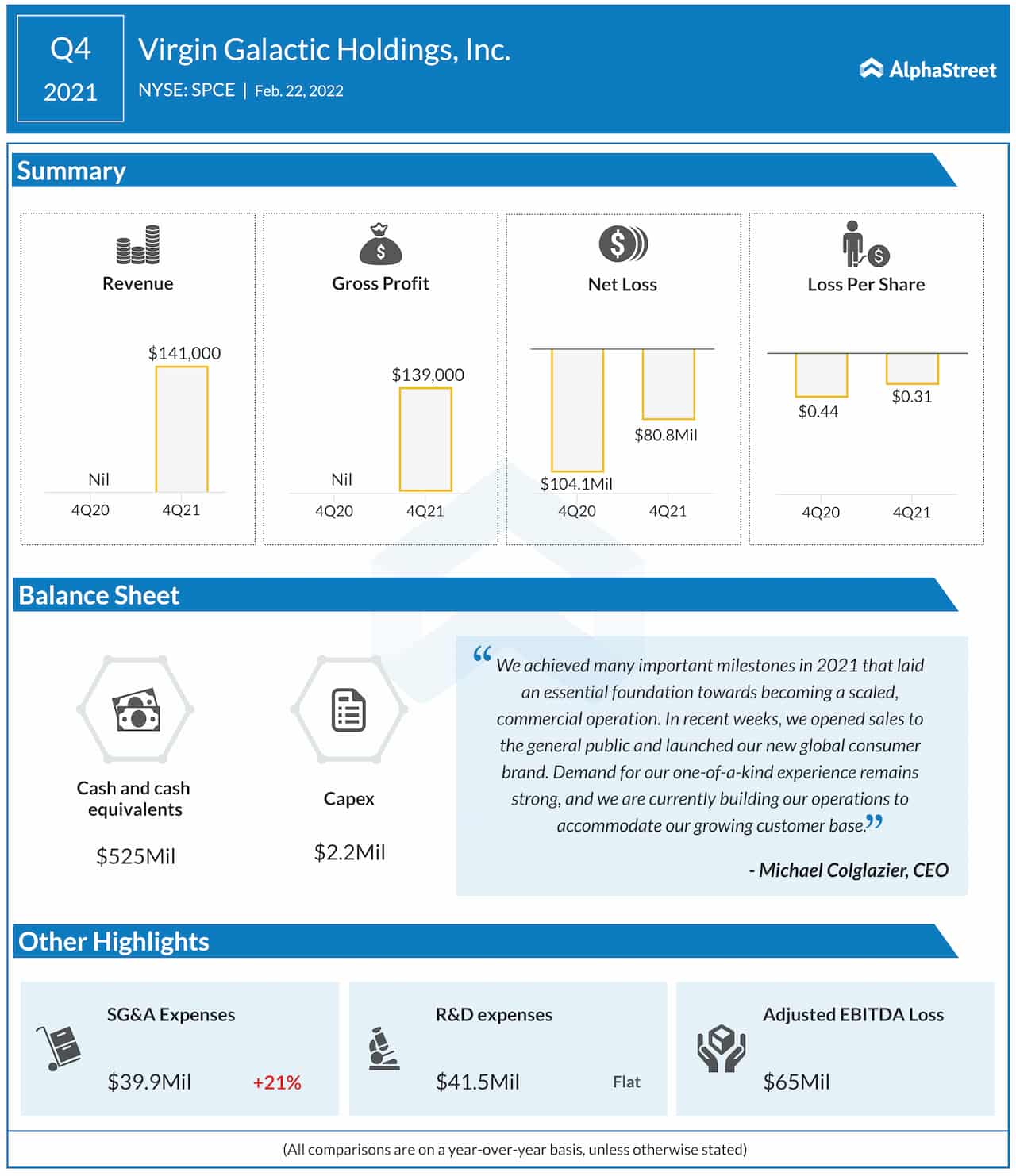 “We remain on track and on schedule to complete our enhancement program and launch commercial service later this year. We achieved many important milestones in 2021 that laid an essential foundation towards becoming a scaled, commercial operation,” said Michael Colglazier, chief executive officer of Virgin Galactic.

Shares of Virgin Galactic dropped about 70% in the past six months. The stock traded higher in the early hours of Wednesday’s session.