The focus is on completing the test flight program, increasing the fleet, and developing a commercial strategy to create expanded revenue opportunities

Space tourism company Virgin Galactic Holdings, Inc. (NYSE: SPCE) ended the first quarter of 2021 without generating revenue and continued the losing streak even as uncertainty over its test flight deepened after a technical glitch. The delay has come as a fresh setback to Virgin’s goal of becoming the first company to launch suborbital space tourism.

Despite being a loss-making company, market watchers are bullish on Virgin’s stock market prospects. The shares have the potential to bounce back from the recent slump, and the low valuation makes them attractive from an investment perspective. But SPCE is not a risk-free investment and the recent fluctuations call for caution. Of late, investors have been wary of the sluggish progress in operations and growing competition.

While the company claims to have fixed the snag that forced it to postpone the test flight – originally planned for this month – there is no clarity on the next schedule. Meanwhile, the management said it would provide an update on the matter next week. Virgin’s SpaceShipTwo system is required to complete four test flights successfully before commencing commercial service. Meanwhile, company executives said their key priorities are to complete the test flight program, expand the fleet by adding new spacecraft, and develop a commercial strategy to create expanded revenue opportunities. 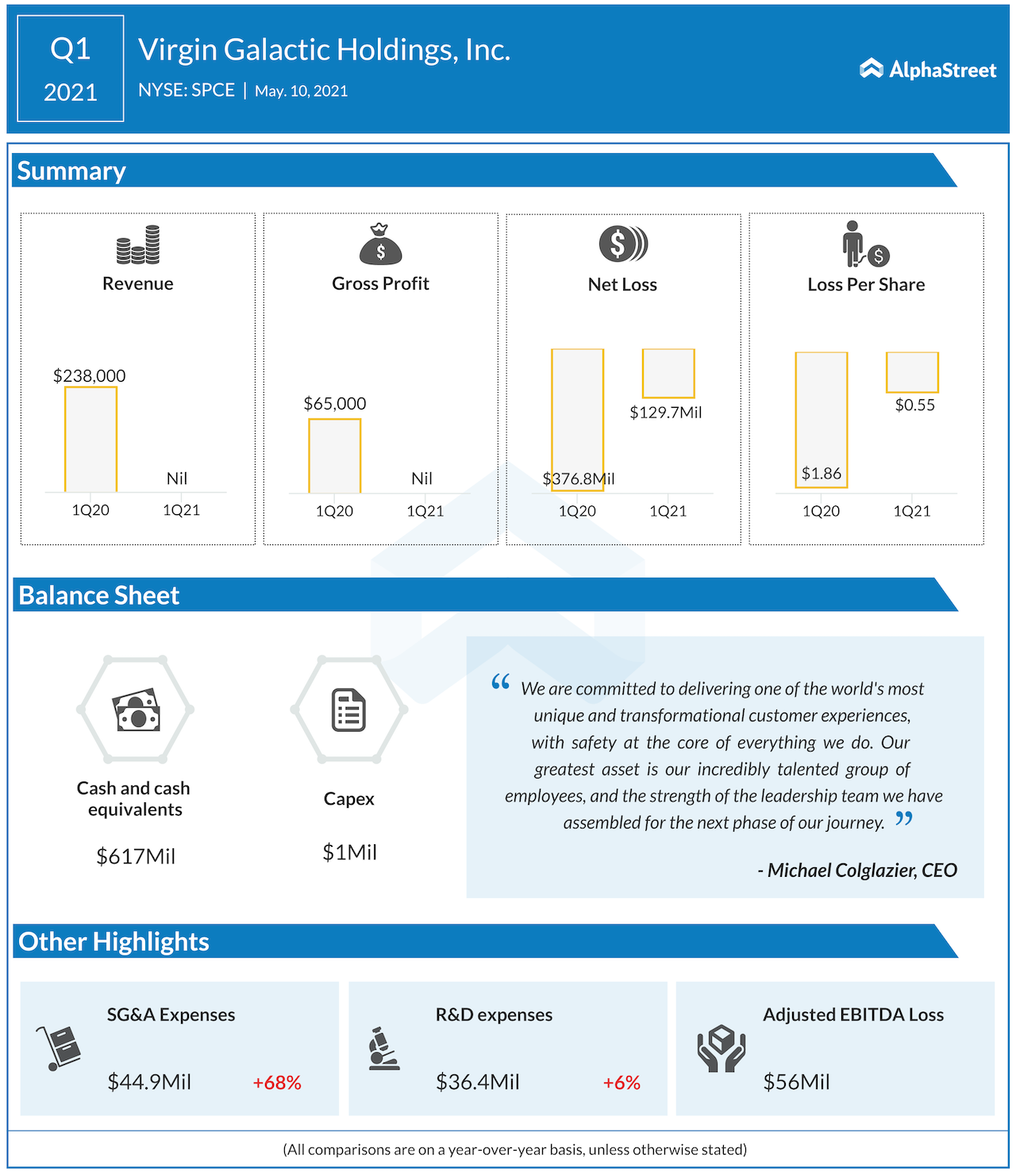 If the company encounters further delays, it might lose the first-mover advantage to rival space aspirant Blue Origin, which is owned by Amazon.com Inc (NASDAQ: AMZN) chief Jeff Bezos. Virgin’s commercial space flight, which is CEO Richard Branson’s pet project, has been in the pipeline for about 17 years now. It suffered a series of delays during that period, indicating that the project turned out to be much more difficult than initially expected. Interestingly, while Virgin missed its flight schedules, Blue Origin and Elon Musk’s SpaceX made considerable progress in their missions.

The company has not generated revenue since early last year and remained in loss during that period. In the first quarter, net loss narrowed to $0.55 per share from $1.86 per share last year but missed the estimates. It incurred an EBITDA loss of $56 million, on an adjusted basis, which marked an improvement from the previous quarter and beat the market’s forecast.

Virgin’s stock had an impressive start to 2021 and climbed to a record high of $59.41 in February. But the rally was short-lived – the shares entered a downward spiral since then and their value more than halved. The stock, which lost around 24% in the trailing six months, traded lower early Tuesday, extending the post-earnings slump.