Infosys Limited (NYSE: INFY) on Thursday reported financial results for the second quarter of 2023. The software giant’s revenues grew by 14%. The top line also exceeded the forecast, while earnings came in line with the Street view. 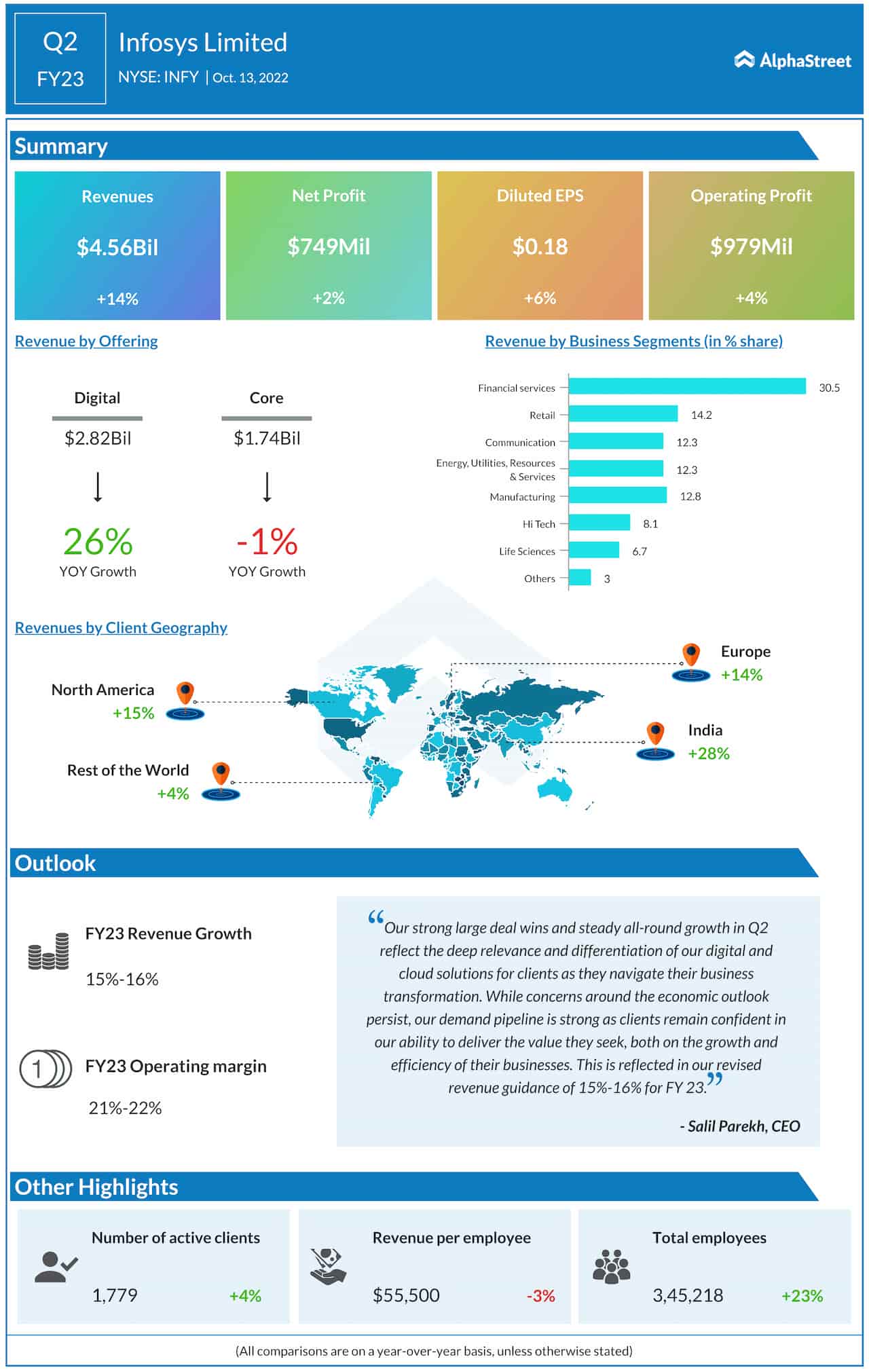 Second-quarter revenues of the India-based tech firm, on a reported basis, increased 14% year-over-year to $4.56 billion. The top line surpassed estimates by a small margin.

Net income attributable to the company for the three-month period was $749 million or $0.18 per share, compared to $734 million or $0.17 per share in the second quarter of 2022. The latest number matched analysts’ forecasts.

Check this space to read management/analysts’ comments on quarterly reports

Infosys’ stock traded higher on the New York Stock Exchange early Thursday. It has lost about 29% since the beginning of the year.